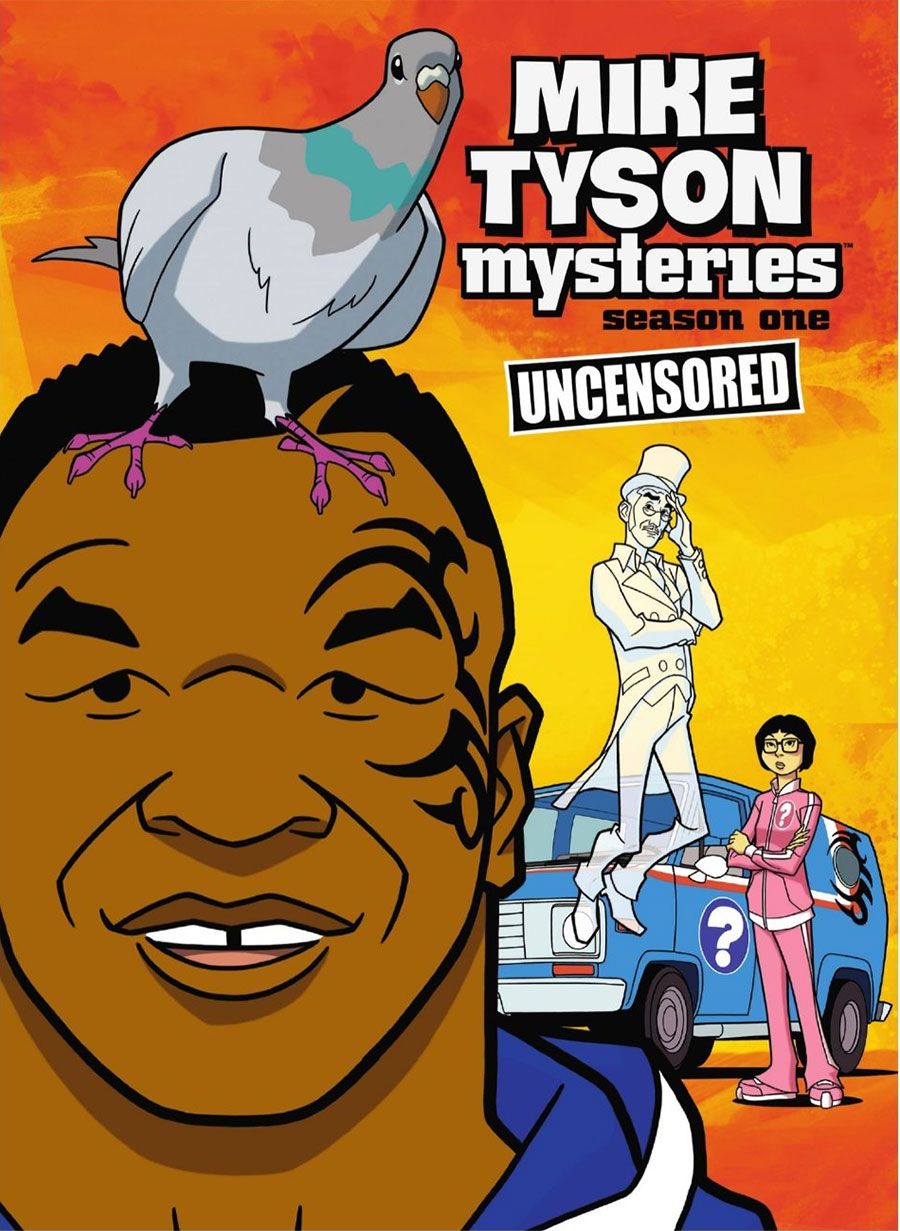 Who would have thought a cartoon that features Mike Tyson would be such a hilarious series? Mike Tyson Mysteries is a Scooby Doo/Hanna-Barbera parody and it’s both weird, silly and extremely funny.

Mike Tyson (voiced by the man himself) leads a group of solving mysteries but most of the time, they don’t get around to solving anything. The group consists of Mike Tyson, his adopted 18 year old asian daughter Yung Hee (Rachel Ramras), a ghost Marquess of Queensberry (Jim Rash), a perverted, pot-smoking sarcastic pigeon who once was a man (Norm Macdonald). The team try to solve mysteries involving Chupacabra, magic, werewolves, mysteries of the universe and other stuff.

Mike Tyson Mysteries is a very fitting show to have on Adult Swim. Out-there storylines, lots of adult humor and cursing, and it’s probably the best show on Adult Swim besides The Venture Bros and Aqua Teen Hunger Force. I kind of wish the episodes were a half hour long like Venture Bros though. Adult Swim hasn’t been that great in my opinion but this show makes up for the lackluster content of late. Watching this also makes me miss Sealab 2021 as well. The show is similar to that one because both are just absurd.

Mike Tyson is actually hilarious because his character is just so stupid on the show. Having him try to say certain words makes it even funnier. I’d like to think Tyson isn’t as dumb on the show but ya never know, he did get hit in the head a lot. Jim Rash plays Marquess well, but Norm MacDonald steals a lot of the scenes. Just picture Norm saying something filthy, but then picture a pigeon saying it and there ya go. It was genius having him on the show. I guess the only negative I have with the series is it’s too short and by the time you’re starting to get into it, it’s over. Some shows work in the short form like Robot Chicken but I think Mike Tyson Mysteries would be ten times better a half hour long.

At the end of each episode, Tyson has a little clip from what looks like behind the scenes of him recording the voices or the outtakes from it. He seems just like how he is on the show, just really out there. There’s 10 episodes all together so you can get through the first season pretty quickly. I watched these episodes in HD when they originally aired, so it’s kind of annoying that Warner Bros didn’t invest in doing these in Blu-Ray as well. You can buy the season on Digital HD though. You can sort of tell where the studios think of Blu-Ray and will only do them for movies these days. There’s absolutely no extras on this DVD which is a little disappointing. I would have loved to have seen some outtakes, behind the scenes with Mike Tyson and the rest of the cast. You’re telling me there’s no gag reel with Mike Tyson?