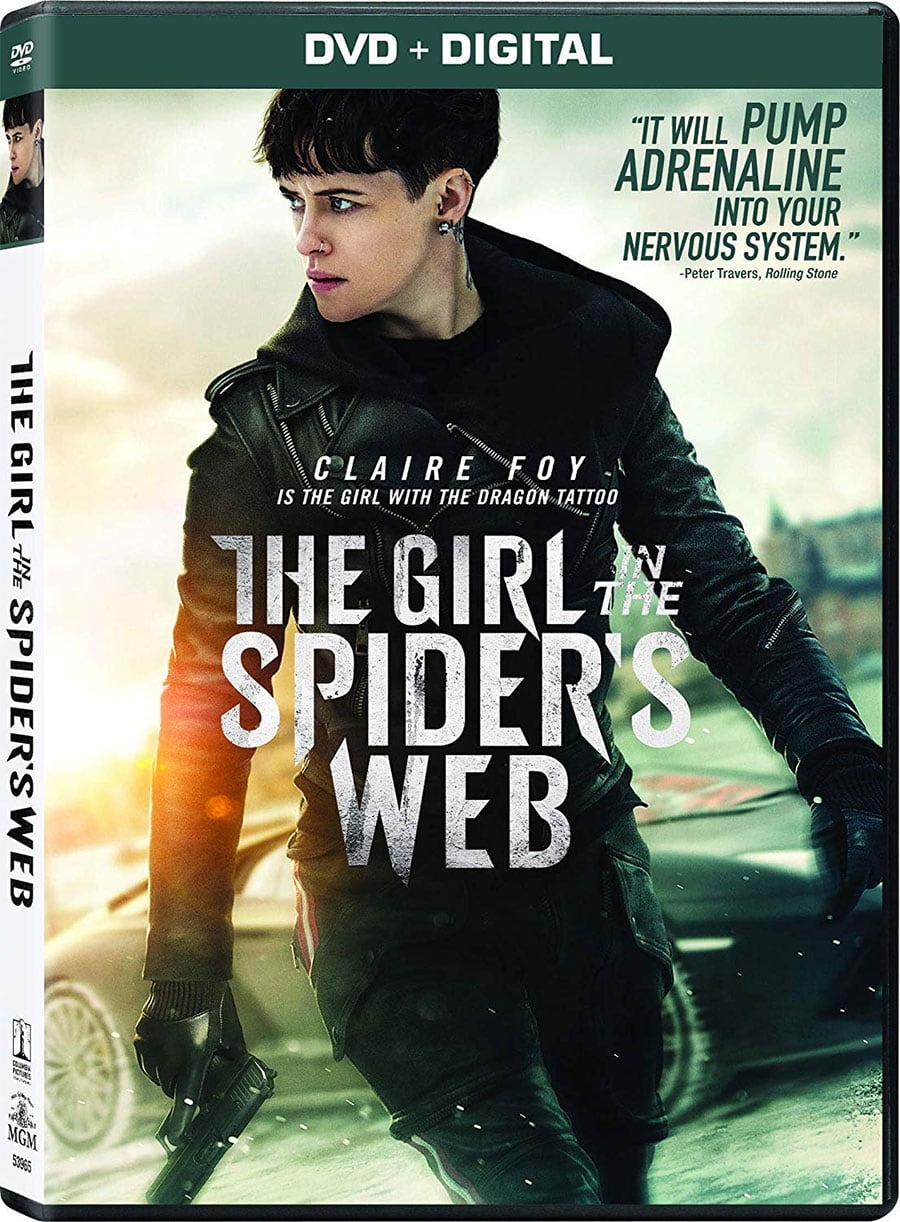 The Girl in the Spider’s Web is the latest attempt to bring Lisbeth Salander to the United States but unfortunately, this one isn’t that great of a movie.

The movie is about vigilante hacker Lisbeth Salander (Claire Foy) and she’s hired by programer Frans Balder (Stephen Merchant) to retrieve a NSA program that can access the world’s nuclear codes. He doesn’t think the thing he worked on for the NSA should exist. Everything soon spirals out of control after that. Agent Edwin Needham (LaKeith Stanfield) notes the hack and begins to track down who stole the program and heads to Sweden. Meanwhile, mercenaries start to go after Lisbeth, Frans and his son August (Christopher Convery) for the thingie. Lisbeth enlists the help of her former lover Mikael Blomkvist (Sverrir Gudnason) and computer expert Plague (Cameron Britton).

I wish this was a sequel from David Fincher and starred Rooney Mara and Daniel Craig. I liked The Girl With the Dragon Tattoo and I especially liked Rooney Mara as Lisbeth too. Thought she was really cute in a punk goth sort of way too. Not like that has anything to do with it but I just thought Claire Foy as Lisbeth was just okay. No personality and just went through the motions. Sverrir Gudnason as Mikael wasn’t that special. He was almost like a secondary character now, which I didn’t like. I actually liked LaKeith Stanfield’s character but he was underused, and the same goes for Cameron Britton’s character.

The story seemed like it was all over the place, as least in terms of the movie. I haven’t read the books but wondering if they are more in depth. We get this whole subplot about Lisbeth Father and Sister and then the other McGuffin about that Firefall program. The story and editing were all over the place. Some of the action sequences were good but action movies need compelling characters and story, which this didn’t.

The movie is available on Blu-Ray and DVD, and of course digital. I didn’t ask for but was sent a DVD (probably not enough Blu-Rays to go around) but I was hoping the digital file would be in HD, but guess it’s not when you get a DVD. Ao I was watching it in SD on Vudu and it looked like I was watching a bootleg. I just got a new 65” 4K TV so when I went to watch this, man it looked horrible on the new TV. As much as I wanted to see the movie, I would have turned down just getting a copy of DVD because I just try not to watch that format anymore unless I don’t have any other choice. Why it’s still being made is beyond me. Anyway, enough bitching with that…

The special features include commentary and two featurettes. That’s about it really. Nothing too special from this DVD.
The Girl in the Spider’s’ Web has it’s exciting moments but in the end, it’s just not that great of an adaptation. I haven’t seen the Swedish original movies but so far I prefer the David Fincher movie. There just wasn’t anything special to this one.