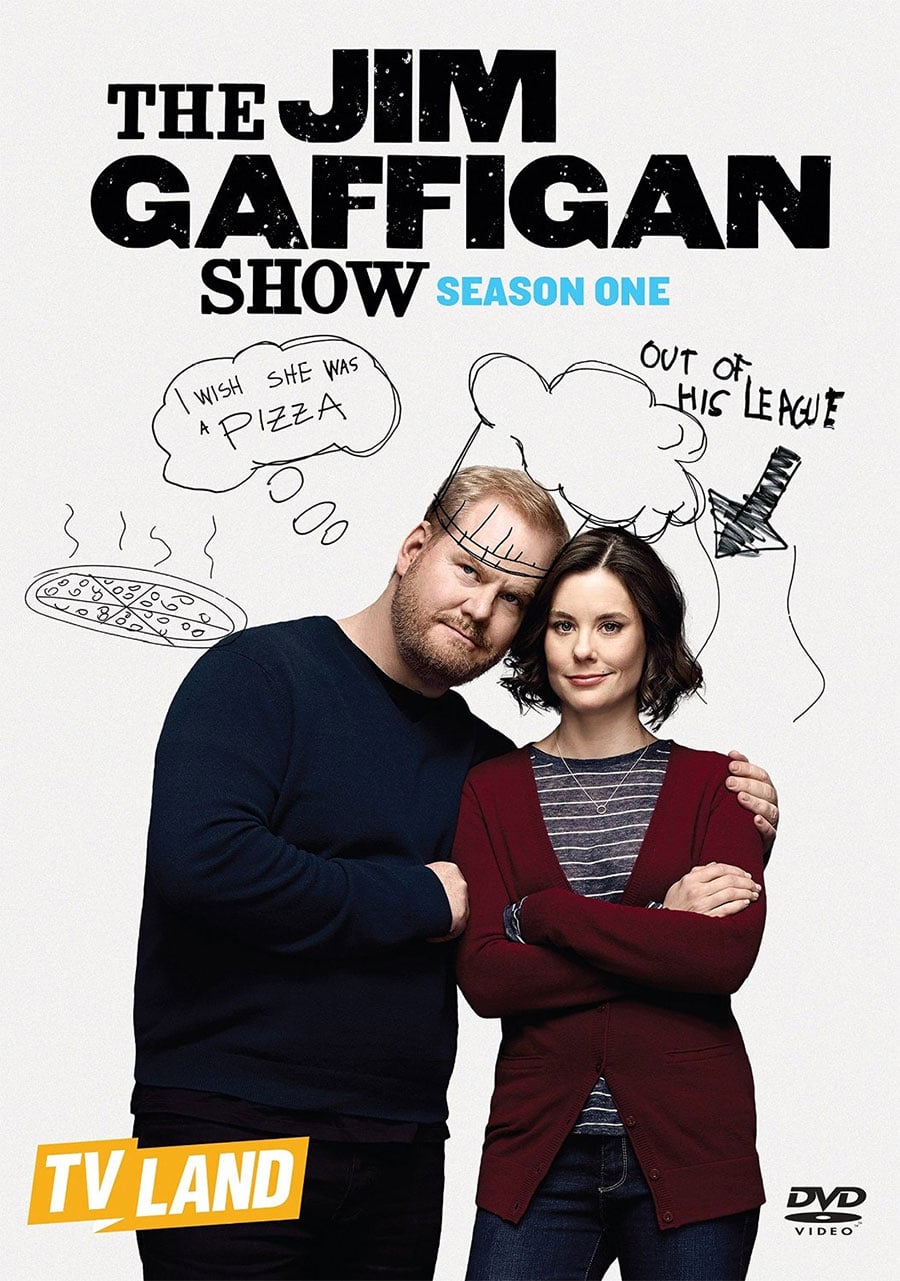 Comedian Jim Gaffigan is the latest comedian to have his own show. If you like seeing a guy being tormented by having 5 children, a super religious wife, a slacker best friend then this show for you!

The show is loosely based off Jim Gaffigan’s real life. He’s a comedian living in New York City, in a 2 bedroom apartment with his out of his league Catholic wife Jeanie (Ashley Williams) and 5 children. Unlike Seinfeld, you don’t see Jim doing his material on stage (not all the time anyway). The show is everything that happens before and after the shows. Plus the episodes are based on real life incidents. Also on the show is Jim’s best friend Dave (Adam Goldberg), who’s a struggling comedian and Jeanie’s former boyfriend who’s now gay Daniel (Michael Ian-Black). Some of the stuff that happens this season includes: Jim debates if he should get a vasectomy, Jim and his wife try to have a romantic night at the Plaza, Jim’s wife Jeanie invites their priest with him for his appearance on The Tonight Show, and Jim tries to cut back on junk food. If you know Jim Gaffigan, you know food plays a big part and it’s also a big part on the show as well.

I didn’t watch the show on TV Land from the start. It was maybe a month or two after it when I heard good word of mouth from my family. The first episode got me sucked in and loved it. I’m liking these single camera comedies without laugh tracks or studio audiences. I guess NBC turned down this show for some reason, probably because it was funny. I guess what I liked about the show is Jim trying to deal with raising all of his kids while being a comedian. The fact that he’s living in a tiny apartment in the city is something I could relate to, even though I live in Jersey City (for now). Adam Goldberg’s character Dave is funny and does the pervy womanizer well. The cameos are great like the running gag about Macaulay Culkin (yes it’s really him). I probably could do without the annoying priest in every episode though.

If I have any negatives about the show, it’s the music that plays throughout the episode. It sounds like Bobby McFerrin is doing the music and it just gets beyond annoying by the end of the first episode. If they tone that down in the 2nd season, I’ll be very happy.

The DVD just contains 11 episodes; there are no special features. I’m annoyed this show is only on DVD and not Blu-Ray and Digital HD. I watched the episodes in HD, you’d think I’d be able to watch it like that as well. DVD just isn’t good anymore and kind of wish studios would stop making new ones. Offer up Digital HD instead or at least include it with the DVD. I’m a little disappointed there are no extras like deleted scenes or a gag reel. Just another sign of saving a few pennies and the viewers suffer for it.

Jim Gaffigan Show Season 1 is funny, has a great cast, the situations Jim gets into are hilarious and can’t wait to see Season 2!

Bottom Line: Another comedian gets his own show and it’s a funny one as well!
Running Time: 232 mins
Rating: NR
Extras Rating:
Overall Rating: