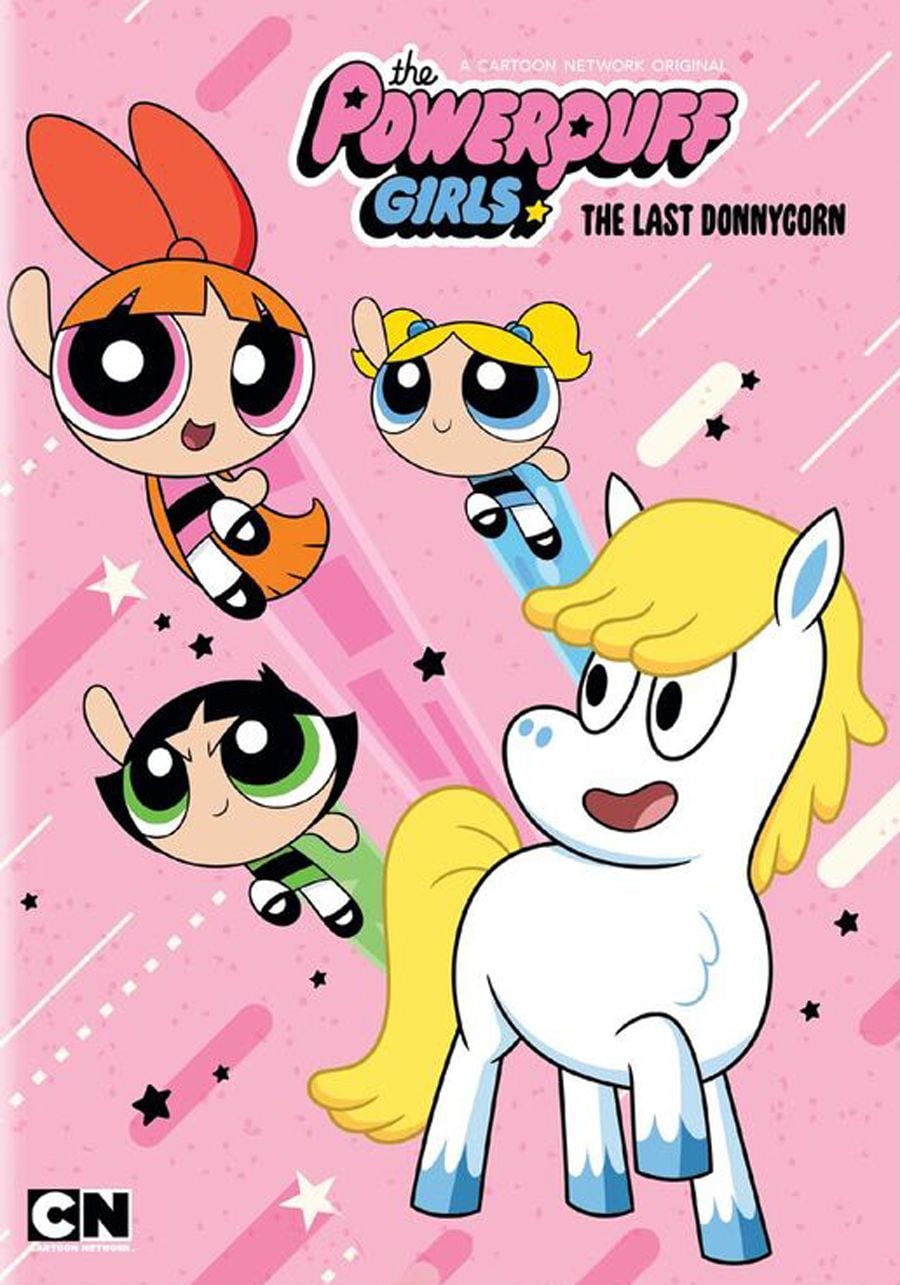 The Powerpuff Girls are back once again to kick butt, take names and chew some bubblegum! “The Powerpuff Girls: The Last Donnycorn” collects episodes from seasons one and two of the new iteration of the series.

Containing a collection of 12 episodes from the first two seasons of the new series including the half-hour special “The Last Donnycorn”, this DVD release is a showcase of the best adventures of the Powerpuff girls including some solo fighting action, becoming senior citizens and trying to protect Donny the unicorn from an evil fun-loving robot as well as killer robots out to assassinate him.

With the new version of the Powerpuff Girls cartoon closing out its second season it seems like there are no plans for full season sets but “The Last Donnycorn” picks up from the first release “Tiara Trouble” and contains a decent collection of episodes clocking in at nearly two and a half hours long. On the downside there are no special features for this release.

While the Powerpuff Girls reboot has it’s over-the-top, laugh-out-loud moments that make it feel like it never went off the air…those moments are few and far between compared to many dull episodes that this DVD release collects. Sometimes there are episodes that seem to go nowhere while on occasional you’ll come across an episode that is purely skippable. Ten years ago you wouldn’t dare to think such things. The animation is as good as ever (but it would have been nice to see it in high definition) and the voices are close enough considering most of the voice actors and actresses aren’t a part of the reboot but it just doesn’t feel the same as the original cartoon. I know that this is a re-imagining/reboot of the series but it seems unnecessary to start over with something that the fans have been clamoring for a continuation of. New times, new generation I suppose.

If you’re a fan of the original series then then a recommendation of this release depends on certain criteria. If you’re a loyalist diehard fan who lives and breathes the Powerpuff Girls night and day then the new iteration may not be for you. If you’re new to the series or may be one of those that are just enjoying some new material from a series that you loved then it is definitely worth checking out. As I said before, there are some laugh-out-loud funny moments and some touching stories mixed about the collection…but you may have to sort through some Powerpuff Girls imposter moments.

Bottom Line: It’s good to see the Powerpuff Girls back in action after a long hiatus but the reboot doesn’t have quite the same look and feel to it. It’s possible that it may hit its stride after the second season but for now there are a few gems hidden beneath the dirt.
Running Time: 143 Mins
Rating: TV Y7
Extras Rating:
Overall Rating: