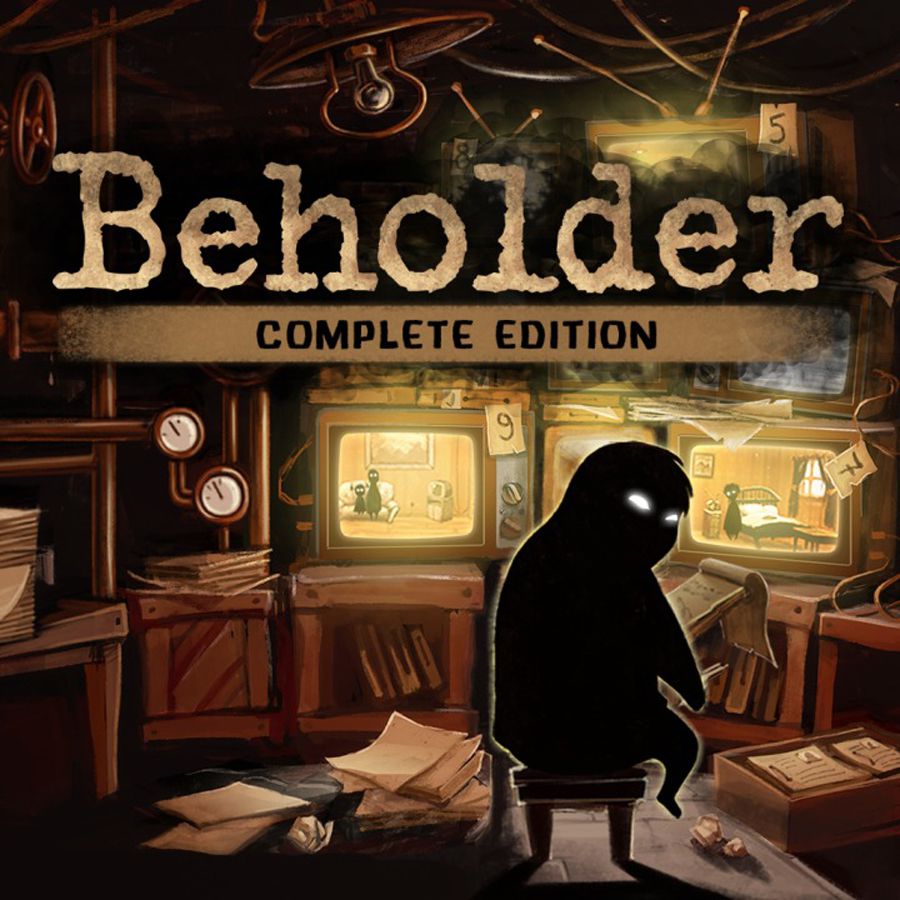 You’re a State-installed Landlord in a totalitarian State. You must spy on tenants, peep, eavesdrop, and profile! You must report on anyone capable of plotting subversion against the State. You MUST! But WILL you?

That intro statement sums up your introduction into the game perfectly. “Beholder” is a resource management game where the “resources” are your various tenants and you have total power to do as you want with them. Do you need extra cash to pay your own bills? How about blackmailing your tenants? Do you need a pair of illegal blue jeans? Steal them from your tenants. Do you need to get out of a sticky situation? Pit your tenants against each other instead of against you.

“Beholder” is a timed game…in a way. You can extend out certain parts of the game to give you more time to help you out with certain quests or projects but, at one point, the time will come for a government evaluation that will determine your fate and end your game. Your objective is to set up cameras in tenant’s rooms and general gathering areas in your apartment building and then watch and wait for happenings that you can record and report for cash and to appease the higher ups. You can sneak into tenant’s rooms while they’re at work or off in the city and raid their stuff or set them up for blackmail by planting illegal items like 80s music or green apples.

In my time with the game, on my first playthrough I made some missteps, bent the law a little bit to help out those that I thought needed it and managed to pass my evaluation and continue at my current position. I did just enough to please the government while also helping those I deemed friends and those that needed help the most such as a tenant trying to escape an abusive boyfriend or a revolutionary group looking to stop senseless killing in the state. Unfortunately I lost both my daughter and my wife due to my choices and unknown circumstances. I was determined to save my family and make the proper changes to the country to make it better for its citizens.

After a few more playthroughs and some failures resulting in early deaths for my entire family, I was able to discover ways to earn lots of money to provide things that my family needed (at the expense of some tenants…family first though), as well as make the right contacts to survive my evaluation as well as make the necessary changes to better the country as a whole.

“Beholder” is a game with a decent amount of replay value as there are multiple ways to complete just about every quest that is offered, although after finishing the game to my liking I was content with leaving at that and haven’t played it since. There is a lot of waiting around at times with dead playtime occurring quite often but fortunately there is a fast forward and pause feature available for such occasions. I preferred to stay vigilant so as to not missing anything important.

While I’m not a big fan of resource management games, “Beholder” interested me with the multitude of ways to solve quests, the silhouette-noir graphics and the totalitarian government setting. I liked the fact that the game eventually came to a definite end and only dragged on by player choice if necessary. If you’ve ever had a creepy landlord or property manager, then “Beholder” is a game that will let you step into their shoes and help you understand that they’re probably just working for a totalitarian dictatorship and that they’re just trying to do their job. Don’t mind the illegal blue tie that was planted in your nightstand…they just need money for their son to go to college.