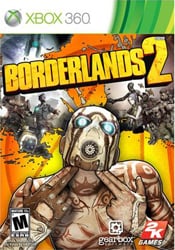 After releasing the evil alien creature named “The Destroyer” from the vault in the first Borderlands, Borderlands 2 picks up five years later. The four main protagonists from the first game (Lilith, Roland, Mordecai and Brick) have scattered across the Borderlands leaving tales of daring adventures and unlimited wealth to spread like wildfire throughout the galaxy.

In Borderlands 2 you take the role of one of four (soon to be five with the upcoming Mechromancer player class) new Vault Hunters. This time instead of roaming the world freely in search of the next vault, you get thrown into a feud with the evil tyrant with a stunning visage aptly named Handsome Jack. This is where the sequel sets itself apart from the first game…there is a main villain and a story to go along with said villain. You’re introduced to Jack right from the very beginning of the game and he is always there to taunt and prod you along your adventures. There are also a ton of new NPC ‘s as well as quite a few favorites from the first game, many of whom give you quests with dialogue instead of just selecting a handful of quests from a bounty board or a random character standing against a building. There is much more of a dynamic feel to receiving and turning in quests in Borderlands 2.

Now on to the meat and potatoes of Borderlands 2, the gameplay and the graphics. Since the art department had the direction and look of the game already set from the first game, they set out to improve on just about every aspect of the gameplay and graphics. The visuals are much more crisp and defined and backdrops rival even the most realistic games on consoles. I love the addition of more variety in regards to levels. At one moment you’ll be fighting through a snow storm on and ice summit and the next minute you’re pushing through a swampy jungle. That’s a far cry from the vast repetitive wastelands found in the first game.

I’m going to jump right in with some of my favorite additions and changes in Borderlands 2 besides the story. First off, I absolutely love the Bandit weapons and their chaotic nature. Every time that I find a new one, I have to equip it just to see what it does. In the first Borderlands when you would be down for the count, you were stuck in one spot and forced to shoot at enemies that would instantly retreat from you. In 2 you are now given the ability to crawl around. There are so many dimensions that this adds as you struggle to survive. You can crawl closer to a weakened enemy to get a second wind with your gun or a melee attack, head for cover so that a friend can heal you safely or just crawl off a cliff and end it all. The choice is yours! There are also many more character animations and features such as battle damage and being able to aim for enemy weak spots. If you weaken certain enemies, they’ll fall down, but will continue to crawl toward you. It’s not a major addition to the gameplay, but it adds another dimension to the chaotic battles that you encounter.

If I had any gripes about Borderlands 2 I would have to say that I’m not happy with the menu interface. As someone who spent hundreds of hours playing the first game, it could be that I’m just so used to the menus in there, but to me it seems like everything got smaller for no particular reason. Guns, skills, quests…the trees that these are listed on try to cram everything vertically when there is plenty of room to have been able to spread things out horizontally and to make everything larger. I would have preferred to have been able to see my guns pop up in a larger menu instead of a tiny two inch panel. I would also have to say that I’m disappointed that a quest marker no longer appears on your compass. It’s much easier to gather your bearings that way than to keep checking the minimap.

In my time with the game I managed to try out all but the Gunzerker. I’m just not much of a tanker kind of guy. Zero the Assassin is definitely my favorite with his stealth and sniper abilities with Axton the Commando coming in a surprise second place with his crazy destructive personality and the much-improved turret. I was also very pleased to see the original Vault Hunters not only making an appearance in Borderlands 2, but playing such integral parts of the main storyline. As I mentioned before, there are also plenty of other returning characters as well as quite a few new ones. And let’s not forget about one of the greatest characters of all time…Claptrap! He returns with a vengeance!!!

If you take the first Borderlands and multiply its’ awesomeness by a thousand and one then you might get something close to Borderlands 2. Gearbox managed to revamp just about everything that everyone loved (and hated) about the first game and somehow saved the disc space to give you a ton of new dialogue, new enemies, gameplay mechanics, visuals, levels, vehicles, skills and…most important of all…GUUUUUUUUUUNNNNNNNS! Although there are a few hiccups in regards to quests and online play every now and then, Borderlands 2 is what every sequel should strive to be. There is enough familiarity to draw in those that played the first game and there is more than enough staying power to hook those players like a Suicide Psycho to dynamite. As a gamer, you couldn’t ask for much more.

Bottom Line: Borderlands 2 improves on just about every aspect of the first game and will most definitely provide looters and shooter aficionados alike with hours upon hours of chaotic gameplay. Let those dishes and trash bags pile up. Just don’t forget to feed the cat!
Favorite Elements: The multitude of new enemies, locations and gameplay tweaks as well as the addition of a gazillion more guns. Bonerfarts are also a welcome addition. Tally hooo!
Overall Rating: 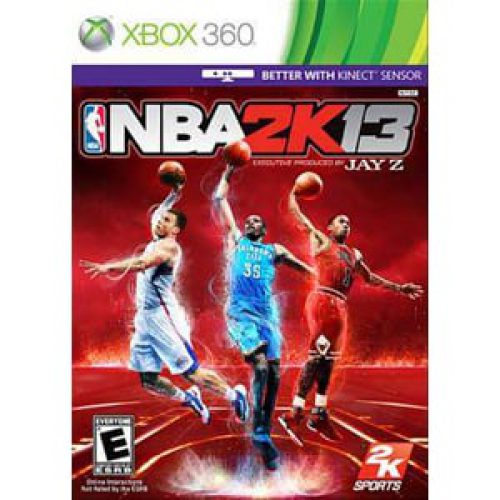 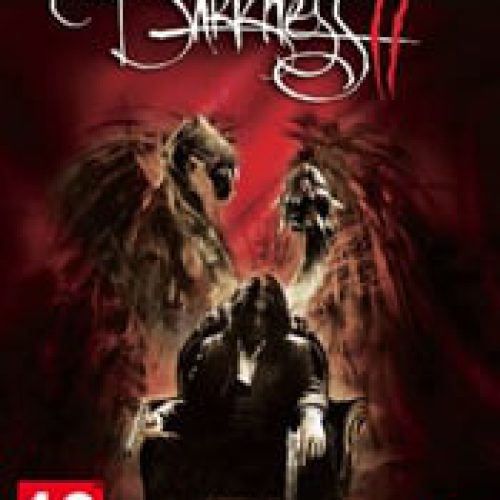