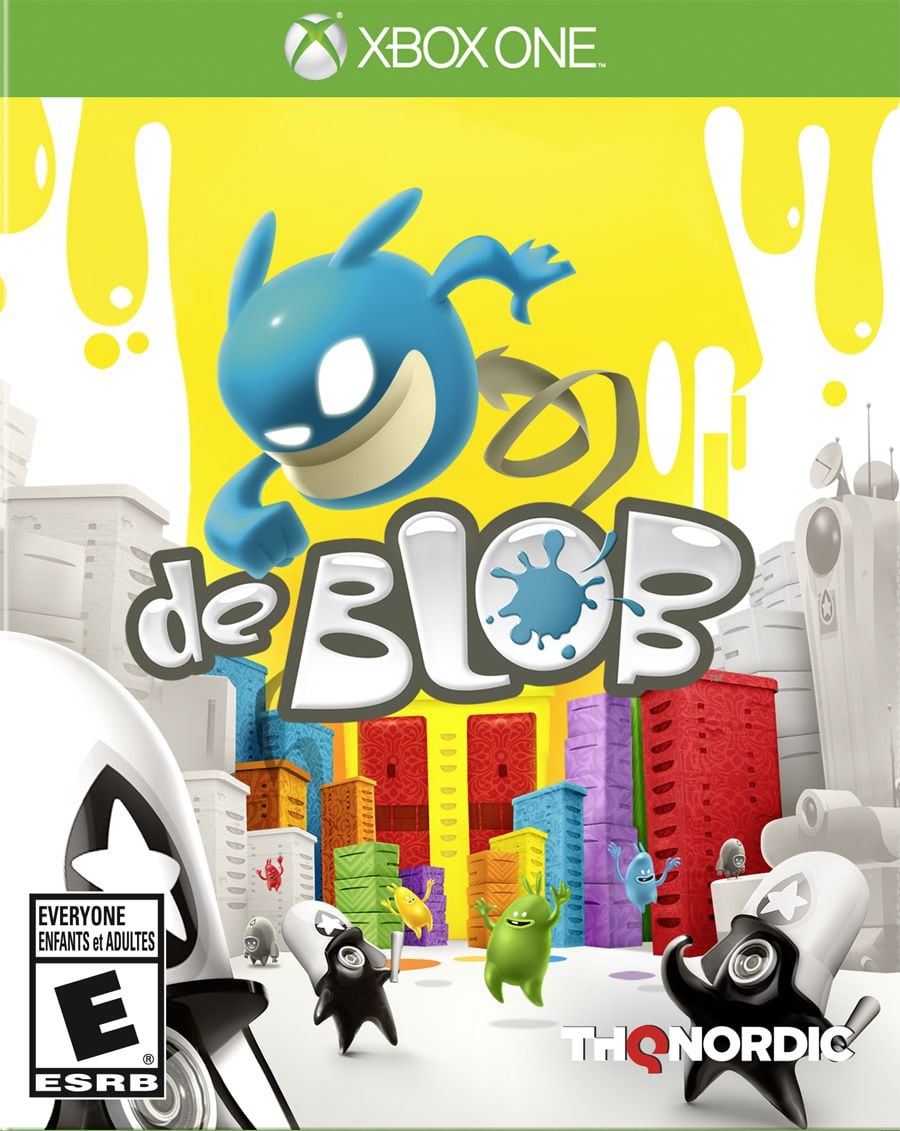 The evil INKT Corporation has taken over Chroma City turning it from a bright and vibrant place to live into a drab and dreary city that is desolate of color and of soul.

“de Blob” was originally released for the Nintendo Wii and was followed by a sequel that was released on last generation consoles. This re-release is the work of the teams that brought the sequel to the PC as well as the Windows release earlier this year and is a remastered edition of the original release.

The game follows the titular character Blob as he arrives in Chroma City to save the city and its denizens and to paint the town red…and purple, and blue, yellow, orange, brown…etc. You control Blob as he attacks enemies that help him gain colors so that he can add those colors to anything and everything that he comes in contact with. The gameplay is simple as you maneuver around stomping on enemies and jumping from building to building as you complete objectives such as painting entire city blocks in color or restoring landmarks to their original funky, colorful glory.

There are plenty of side missions and objectives to keep you busy as well as other missions that are unlocked only after finishing entire levels. One of the things that is somewhat disappointing was the lack of a manual save feature. Some of the levels take quite a bit of time to complete if you’re not rushing through and, if you exit the level at any point, you have to start over from the beginning.

While the overall gameplay can get repetitive throughout the game as there aren’t many new features unlocked from level to level, for me it was pure mindless fun. Some of the charm of the original release on the Wii was the use of the motion controls in regards to painting with your blob, but the developers did a great job transferring over the controls for standard controllers. Playing the game on the Xbox One, it felt like the game was designed particularly for current gen consoles. The only noticeable difference from last gen to current gen were the cutscenes, which at times looked dated.

One of the most notable aspects of “de Blob” has always been the soundtrack which featured live musicians performing everything from jazz to funk. The soundtrack would organically change and layer in new parts depending on the color of Blob and the completion of objectives. The soundtrack sounded even better than I remember due to the Wii’s limited accessibility compared to other consoles of the time.

Even though “de Blob” was released nearly ten years ago, it still holds its own in regards to fun and innovative platforming. The re-release looks gorgeous in HD on the Xbox One and the soundtrack is as lively as ever. While “de Blob” has been considered a cult hit, here’s to hoping that this re-release will bring the franchise to new heights of popularity and bring about a third game to complete the trilogy. With the popularity of platformers at an all-time high, “de Blob” should make a splash on the current generation of gaming consoles.