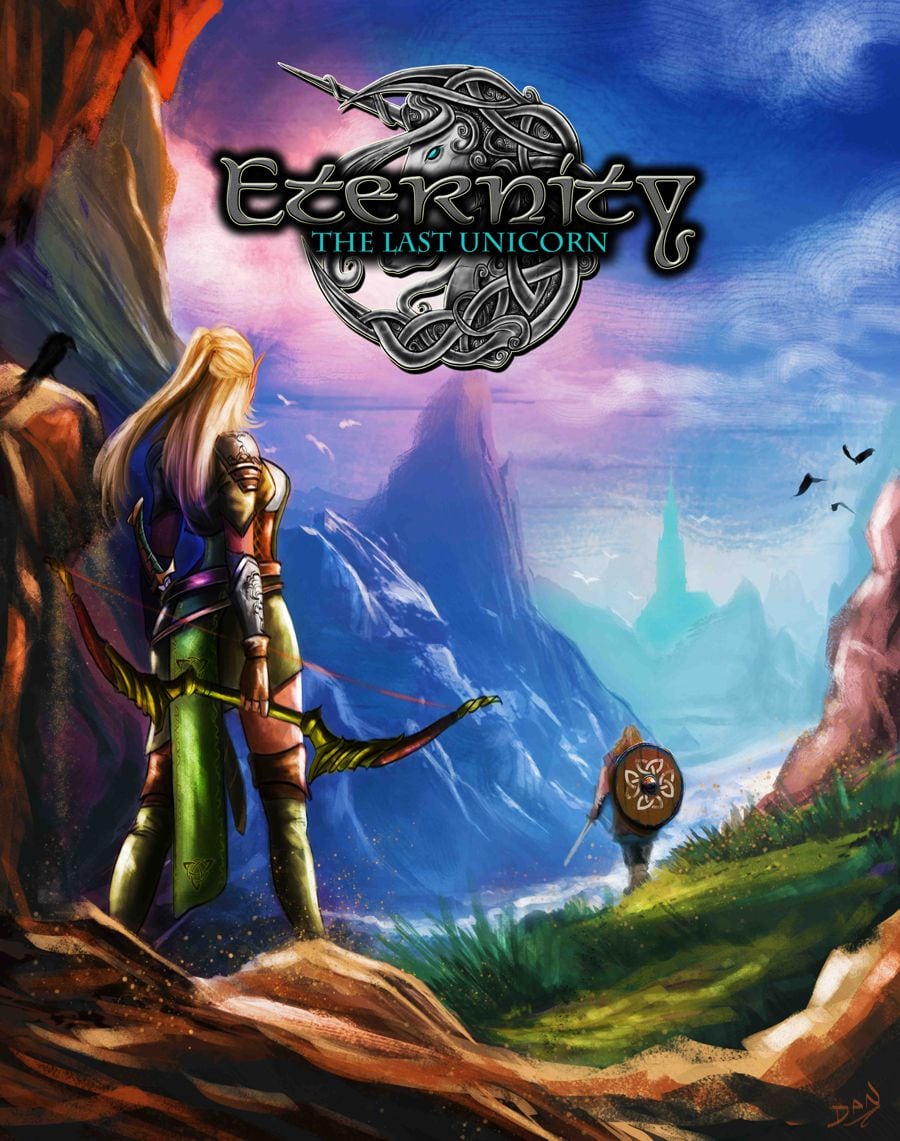 “Eternity: The Last Unicorn” is an action RPG that is influenced by Norse mythology as well as Tolkien stories with other fantasy elements mixed in.

You play as two main protagonists…Aurehen, the Elf and Bior, the Viking each with their own play style. The game follows a fixed camera with a linear path which allows you some elements of exploration similar to classic PS1 and PS2 JRPGs. There is also a simple crafting system and a decent sized inventory for your wares.

Combat is a simple two button attack system with a dodge feature that is very important in staying alive and fighting certain enemies. As with any RPG, you level up with experience and you can also level up your weapons via crafting. The inventory menu is easy enough to navigate but crafting must be done at certain stations throughout the world by dormant NPCs.

The concept of “Eternity: The Last Unicorn” sounds fun and the story was intriguing but overall, the game just never seems up to par. There is a lot of repetitive grinding in order to level up just so that you can face the same enemies that you’ve been struggling with and realize that they’ve level scaled with you. The fixed camera exploration is wonky and fidgety but ok enough for exploration but when it comes to combat, this concept just doesn’t work in video games nowadays. It’s early Resident Evil bad as enemies briefly disappear from sight as you attack in one direction but the camera suddenly changes your screen view and directional input. Combat in general is just clunky and slow. Enemies constantly interrupt your attacks, especially strong attacks that enemies just walk into and disrupt with their own melee attacks for whatever reason.

The graphics in game are dated but there are some really cool enemies that you encounter and some unique NPCs along the way such as the wooden crafting creature that you encounter early on in the game. The level designs have variety in style but also get repetitive after a while. Saving the game requires you to find a campfire to save but these save points are spread out few and far between the brutal level designs of some levels. You’ll find yourself grinding and repeating the same parts of some levels dozens of times only to get one-hit killed by a terrain obstacle and the wonky cameras working in unison.

On paper, “Eternity: The Last Unicorn” sounds like the right kind of retro indie action RPG for early era PlayStation fans but upon final concept, it’s a game that is more frustrating than fun. If I wanted to repeat the same part of a level 20 times in order to level up a little bit, I’d play “World of Warcraft” or “Demon’s Souls”. I prefer not to play those games and I was really hoping that “Eternity: The Last Unicorn” would be a nice little RPG surprise for me. Questionable decisions regarding combat and fixed camera angles take away all the fun that could be and when it’s all said and done, you’re left with a frustrating shell of a game.