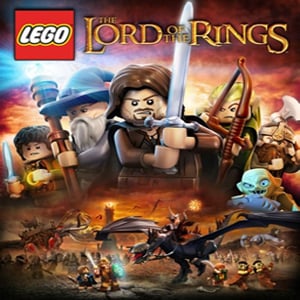 Let’s start off this review with the very first thing that I thought of when I heard that “The Lord of the Rings” was being turned into LEGOs…Lego Legolas! Ok, not that I got that off of my chest I can point out that I have been a fan of the LEGO video games since the very first Star Wars ones way back when. The big name LEGO games aren’t the most challenging games in the world, but ever since I saw an animated LEGO Millennium Falcon with a LEGO Chewbacca hanging out with LEGO Han Solo I was sold. Their humor is fun for both young and old and since I have a major case of OCD in regards to collecting things in life and in video games, the overabundance of collectibles in the LEGO games always manages to keep me entertained for hours on end.

Most of the recent LEGO games have started to branch out from the previous collect-and-find mentality of the earlier releases like LEGO Indiana Jones and LEGO Batman and have started to implement aspects of a wider scope of gaming genres such as real time strategy and open world games. LEGO The Lord of the Rings pulls its inspiration from the likeliest of genres…the role playing game. Instead of one central hub that serves as a home base, most of the items that aren’t found in-level have to be sought out in an expansive open world Middle-earth and there are also plenty of non-playable characters that give you quests to find other items ranging from mithril swords to duck hats. Notable RPG elements such as a blacksmith that forges your items to fast-travel and separate character inventories make LEGO TLOTRs feel more like Skyrim than a regular LEGO game.

LEGO The Lord of the Rings is also one of the few LEGO games that feature full voice acting with voice clips being taken directly from the movies. I was impressed and amused with the animated clips and LEGO reenactments of many of my favorite scenes from the movie…my favorite being Gandalf’s battle with the Balrog. I also need to mention that Traveller’s Tales did a good job of picking things from the book that only appeared briefly in the movies and making them extended playable scenes such as Gandalf’s final battle against the Balrog on the white mountain. There are also a few unlockable characters that only appear in the books.

As much as I love the LEGO games, they aren’t without their own gaming faults. After countless releases of games that use a similar engine you would think that there would be less glitches and bugs. I found myself having to restart levels because items wouldn’t appear or you just couldn’t progress due to a saving or loading problem. I’m still disappointed that Traveller’s Tales keeps holding out on an online co-op patch for most of the LEGO games and with nine plus players in certain levels it would be great to have more than just one co-op companion online or otherwise.

In hindsight my favorite LEGO games were the Indiana Jones ones, but LEGO The Lord of the Rings really gives those two games a run for their money. The variety in LEGO TLOTRs is by far the most expansive in the series and topping of the goofy and witty animation sequences with actual voice clips from the Lord of the Rings movies is just the icing on the cake. Who wouldn’t like being able to play catch with Gimli and being able to forge mithril disco phials? Lord of the Rings disco party? Why yes thank you!

Bottom Line: LEGO The Lord of the Rings maintains the lore of the books and the movie trilogy while managing to slip in the usual LEGO game humor. While the game is still in the same mold as previous LEGO video games it feels fresh yet familiar.
Favorite Aspects: The addition of quite a few gameplay levels that provide a new perspective of a particular event or give you the chance to play something that wasn’t quite in the movies. And LEGO disco parties!
Overall Rating: