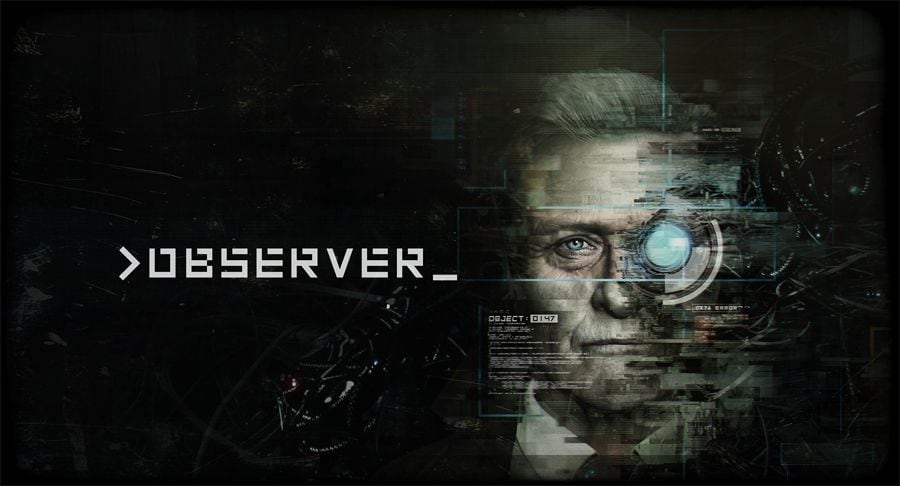 The year is 2084. If you somehow survived the Nanophage, odds are you were killed in the War. Those who live have turned to drugs, VR, neural implants— anything to distract themselves from this new reality. You are Daniel Lazarski, an elite neural detective known as an Observer, and part of a corporate-funded police unit whose purpose is to hack and invade suspects’ minds. In this future, anything you think, feel, or remember can be used against you in a court of law.

“>Observer_” is one part dystopian cyberpunk future and one part “Saw”-esque psycho horror. You start off looking for your son who has sent you a mysterious desperate message. Being the elite detective that being an Observer demands, you investigate. As you move forward in your investigation you realize that things aren’t what they seem to be. As you dive deeper and deeper into the shadows of the low class slums you get caught up in lies, deceit, cover ups and murder. It’s your job to get the bottom of your son’s mysterious message and to discover the true nature of the Chiron Corporation.

I’m just going to throw this out there right now…this game is one mind fuck after another. As you progress throughout your adventure things happen to your character that just keep getting weirder and weirder. You slip in and out of consciousness as you try to determine if the visions and memories were yours or someone else’s altogether. One moment you’ll be chasing a glowing white deer through an apartment building and the next you’ll be face to face with a blood red moon with a silhouetted figure within. Maybe you’ll be trying to escape a Tyrant-esque biomonster or you’ll come face to face with a genespliced werewolf. “>observer_” is very unpredictable and will keep you on your toes from start to finish.

To help with your detective skills your character has a few options for investigative skills. Being a cyborg detective has its perks as you are able to switch between modes of vision allowing you to either search for bio/organic clues or to access and interact with various forms of technology strewn about. You have to switch back and forth between these modes on many occasions during your investigations to progress onward.

For the games other controls, the rest is relatively simple. Being a first person adventure you’re stuck with basic movement controls such as dash, crouch and menu options. Even though you are a detective in one of the most dangerous places in the world you have no weapons though there is really no use for them. There are no enemies to go against in a traditional way. Puzzles, investigations and lack of direction at times are your true enemies. I found myself lost and confused on a few occasions with no idea what exactly I needed to do to progress though certain parts. A lot of times these situations arose and the confusion was part of the story but when you’re introduced to a completely new aspect of the game such as the cat and mouse part with the biomonster, trial and error and repeated deaths was the only way to eventually, after much frustration, escape…if you could even figure out where you were escaping to.

While there were some gameplay frustrations and some of the aspects of the cyberlinking with victims were overly repetitive, the developers truly captured the cyberpunk atmosphere of movies like “Blade Runner” and “Lawnmower Man”. The ties to “Blade Runner” are even more obvious with Rutger Hauer, who portrayed Roy Batty in the original “Blade Runner”, voicing the main character of Daniel Lazarski. His voice was perfect for the aging, grizzled veteran of war and the police force.

“>Observer_” has some flaws and is definitely not for everyone but it is absolutely one of the best additions to the cyberpunk video game genre in recent memory. It’s a fantastically abstract and weird isolated adventure that takes you through an acid trip without the acid. This is a must not miss for fans of a genre that has been misrepresented in video games for far too long.