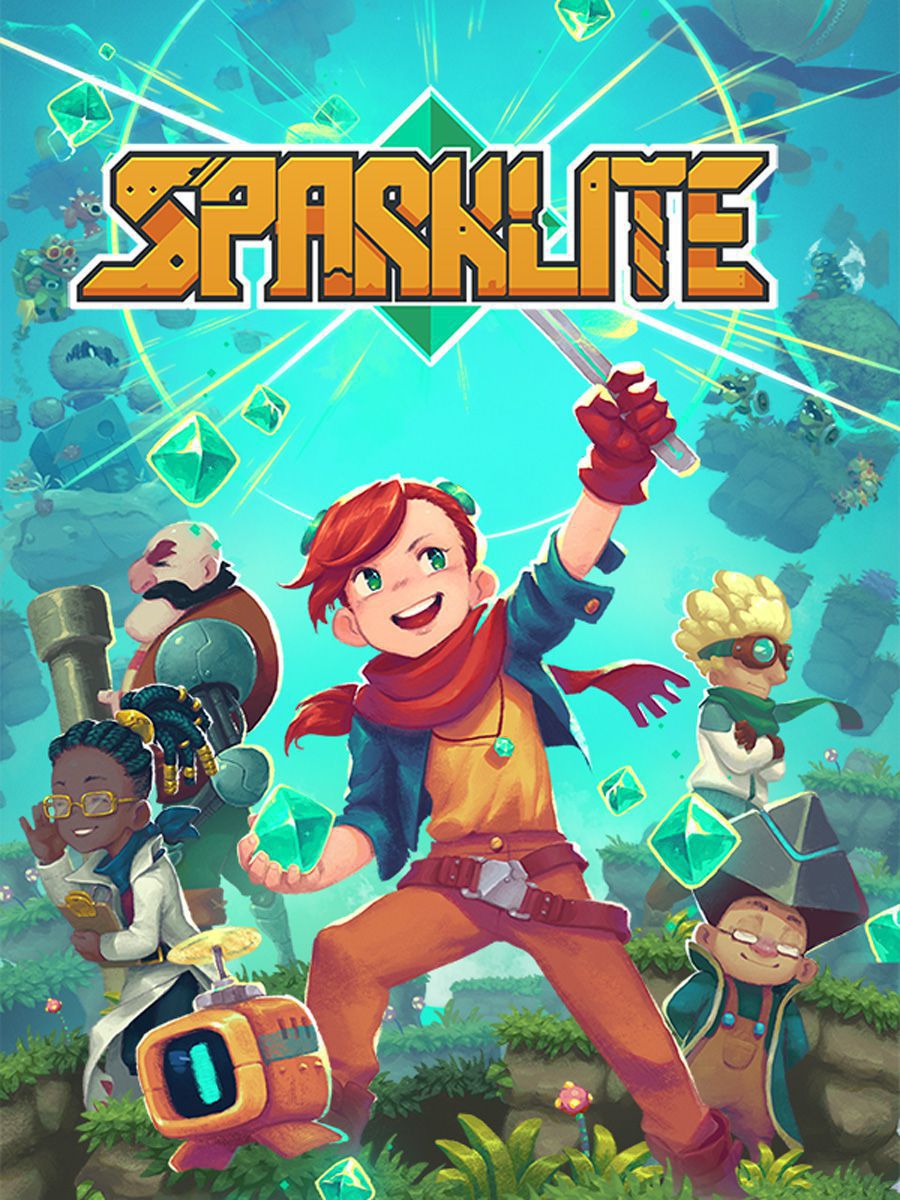 “Sparklite” is a rougelite action/adventure game that focuses on building gadgets and weapons to solve puzzles and defeat enemies. The graphics are reminiscent of the role-playing games of the Super Nintendo and early PlayStation era.

In “Sparklite” you start off having crashed landed your airship on the surface of Geodia. You make your way through a few sections of the game and face off against an enemy called a Titan. A Titan is a classic RPG style boss similar to those found in the dungeons of “The Legend of Zelda” games. Underpowered and out of your league, you immediately fall in combat to the Titan and awaken in a floating city having been rescued by a group of adventurers upon your defeat. You learn a little about the city and its people as well as discover that you must go back to the surface of Geodia in order to find better weapons, sparklite…which is the currency of the game…as well as new gadgets, blueprints and allies.

“Sparklite” has an ever-changing layout as you scroll from section to section but usually all that you’ll continuously encounter are the same level sections but just shuffled into different locations. In classic Metroid-vania fashion, certain areas cannot be unlocked until you upgrade gadgets of find new powerups to access those areas. You will find yourself playing these same level tiles over and over again quite a few times as at first you’ll die with just a few hits from enemies. Taking cues from “The Legend of Zelda” series, you have a heart container system that signals your overall health and these can be upgraded by buying patches that take up a limited number of tiles in your character bag. You can mix and match buffs, locators and heart containers to name a few things.

When you do get defeated or “end your run”, you’re transported back to the city and must start over again while usually repeating the same tiles over and over again until you can unlock the next area or defeat the next Titan. One thing that irritates me about the game is that when you unlock a new section, if you are defeated you must travel through the entire first area over again with no fast travel point to just access the new area from your headquarters.

Since “Sparklite” invokes “The Legend of Zelda” multiple times in its promotional material, I have to say that outside of the retro graphics and a few homages here and there, there really are not that many similarities in regards to gameplay. There is little to no character development for the main characters or the supporting cast throughout the game and the sense of adventure and exploration is watered down by the overall repetitive nature of the rougelite style of gameplay. At times it feels more like playing a game based off of the movie “Groundhog Day” than it does a 16-bit RPG.

The overall look and sound of “Sparklite” absolutely harkens back to the golden age of console RPGs with beautiful graphics and a complimentary soundtrack but the rougelite style of gameplay takes away from a game that could have been more like “Secret of Mana” or “Illusion of Gaia” instead of a tile-swapping shell of what could have been. Fans of the grind may enjoy this style of game more than I, but I was hoping for something a little different, nostalgia be damned.