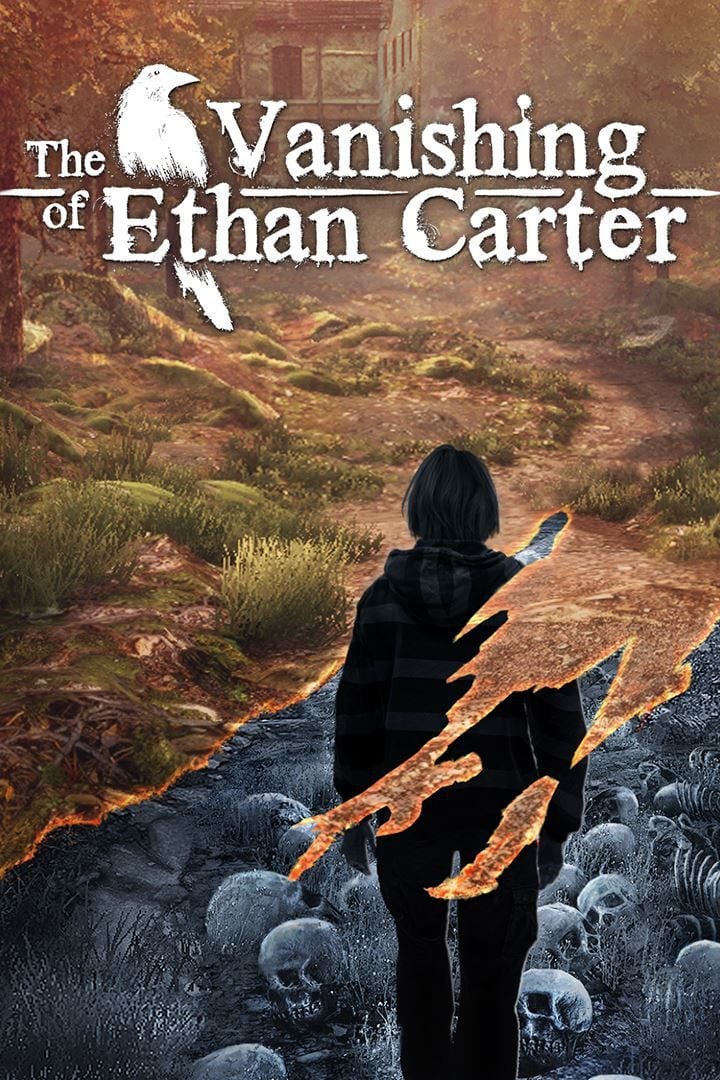 Previously released for the PC in 2014 and on the PS4 and Xbox One most recently, “The Vanishing of Ethan Carter” is a mystery puzzle game that focuses more on atmosphere than it does on action and storyline.

When I first stepped out of the tunnel at the beginning on the game I didn’t know what to think…or do. The game literally does not give you any instructions to follow or directions on what your character is capable of doing. There is a brief soliloquy explaining the reason that your character arrived in the area in which you start out in but after that you’re on your own. For the most part, if you follow common sense and keep moving forward on the obvious paths, then you won’t get too lost in the environment. But there are a lot of open areas that curious folks like myself will wander off to and want to explore.

Starting off, the first thing that I discovered of interest in my travels was some random highlighted forest traps. I only found a couple of these and I was given the option to investigate by holding a button down. The player/character apparently has some kind of supernatural powers so I tried using this option when it came up while investigating. It didn’t really seem to do much of anything on either of the objects so I moved on. Next I encountered a rickety old railroad bridge that towered high above a body of water. In the distance you could see a stone dam holding back the massive lake. This was when I took some time to take in the sights from my vantage point. I wandered if I would be able to explore the mountains to the left of me or if I would be able to make my way to the dam and possibly cross over it. I took in the detail and texture of the bridge’s woodwork and wandered back into the forest to look closer at the foliage and rock formations. I made a realization that this is one beautiful game.

I’m only playing on a standard Xbox One and it looks ultra-realistic. I can’t imagine what it would look like on a high-end PC or on the Xbox One X in 4K in which the game supports. The game has won awards for the innovative 3D scanning technology that allows it to render the realistic looks of real life objects in game.

After getting lost in the graphical immersion for a few minutes or ten, I continued onward back over the bridge until I came upon a railroad car engine. There were some options to interact with it and press some buttons and such but the only thing of interest was a text pop up of the word crank with a question mark. This text appeared on screen in multiple locations at the same time. I looked around the immediate area and could not find a crank of any kind so I moved onward.

Soon thereafter I discovered my first real taste of the atmospheric murder mystery that the game promised. There were ropes that were cut on the railroad tracks and a few yards away there was the gruesome sight of severed legs laying on the tracks as well as a blood trail leading to the rest of the dead body lying on a pathway. I used my one available option to investigate the objects in the area but I had no clue as to what to do next since once again I got nothing from the button presses. I assumed that I would have to continue onward and that these were just sights used to set the mood as I moved onward through the forest.

Eventually I made my way to the dam that I had glimpsed on the horizon earlier and made my way across it and into an abandoned village. The buildings were reminiscent of turn of the century Eastern Europe architecture but were run down and dilapidated. Making my way into the first house I discovered a note on the table describing the doors of confusion and a brief clue on how to defeat them. I roamed through the first glowing doorway appeared in another room of another house. I could switch locations of what was on the other side of the doorways but had no idea what was really going on yet so I left the house and moved on.

I roamed around this small village for a while as I explored other abandoned houses and roadways. Eventually I came upon a graveyard and a church and it was here, about an hour and a half into the game, that I finally figured out how to tie the clues together while investigating. I stumbled upon a more consolidated group of clues and discovered that if move the camera around until I line up all of the repeating lines of text, I would be able to view a spot in the gameworld where I could collect an important piece of the puzzle. Once I gathered those random objects or explored those areas, I was able to link the pieces all together which would reveal blue ghostly orbs that would land in certain spots revealing haunting images of events from the past. After discovering all of the ghost spots, I was able to select each spot and assign it a number order that would, if in the correct order, reveal the entirety of the events that occurred and allow me to move forward with the storyline.

I understand that the developers were aiming to set the mood of mystery and discovery but, for the main character to reveal that he’s a detective and has been on dozens of cases but then give you absolutely no clue as to what the hell said detective can even do in the first place, was aggravatingly frustrating. I would by no means be game breaking to start off with a light puzzle revealing this aspect of the game from the beginning or a slight narrative from the player/character nudging you to use your powers of insight.

After the epiphany of discovering what my seasoned detective could actually bring to the table, I roamed back to the scene of the severed legs and followed suit with my investigation, solving that mystery as well and the others that followed.

Soon enough I followed all of the clues, solved the mysteries on the way and managed to discover the whereabouts of Ethan Carter…I guess. There was a weird and confusing sequence and then I had access to a world map. Apparently I missed some stuff and still had to solve more mysteries like the forest traps and some astronaut thing. Once I completed the things that I missed I was able to finally see the story ending.

While I understand the spaced out reveal at the end of the game, I was less in awe and more confused about the game. The structure of the game allowed you to pass over important events that should have been discovered in sequence. This should have prevented the awkward pre-ending sequence and revealed the world map beforehand. For me it broke the immersion of the game and I went away feeling disappointed and confused when I should have been shocked and surprised at the reveal.

When looking back at my time with “The Vanishing of Ethan Carter”, I see now that the game was more of a showcase piece for the high-end technology used in creating it. As I mentioned before, it is quite a visual pleasure to roam through but as for the actual story of the game, that part didn’t sit well with me. I felt no connection to the story as it’s meant to feel cold and distant but I also felt very disconnected to all of the characters in the game in general because you never actually get much into who they are or what they were like before all of this happened. You are prodded to move from point A to point B and it feels like more could have been done to fill in the gaps from one murder to the next. Even though there were different details involved with each crime scene they all felt repetitive. Find this clue, find the next clue, put them in sequential order, rinse and repeat. That was the substance of the story. I felt that the supernatural entity had no substance to it as it just appeared and possessed people. Why was it hell-bent on waking up to cause chaos? Was it otherworldly? What was its origin? As I mentioned before, it all felt confusing and hard to follow along with.

“The Vanishing of Ethan Carter” is a showcase piece for some innovative technology that has the feel of a point-and-click puzzler such as “Myst” or “Riven” but falls extremely short with the story which is somewhat of a confusing mess. If I want to see ultra-realistic rocks and trees then I’ll look out my window. If I want to fight ancient evil supernatural entities I have to rely on entertainment media to do so and “The Vanishing of Ethan Carter”, while good at setting a creepy and mysterious vibe falls flat of helping me achieve this task while also having a good time. 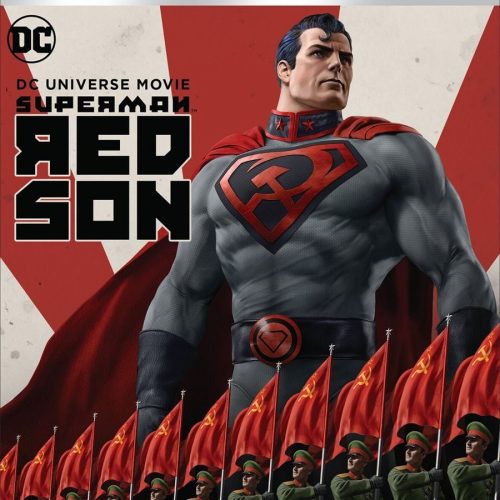 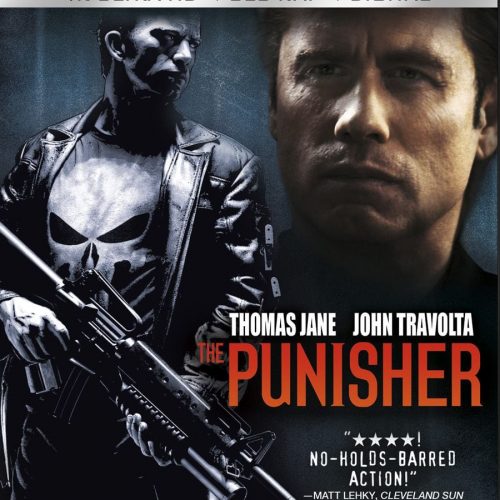