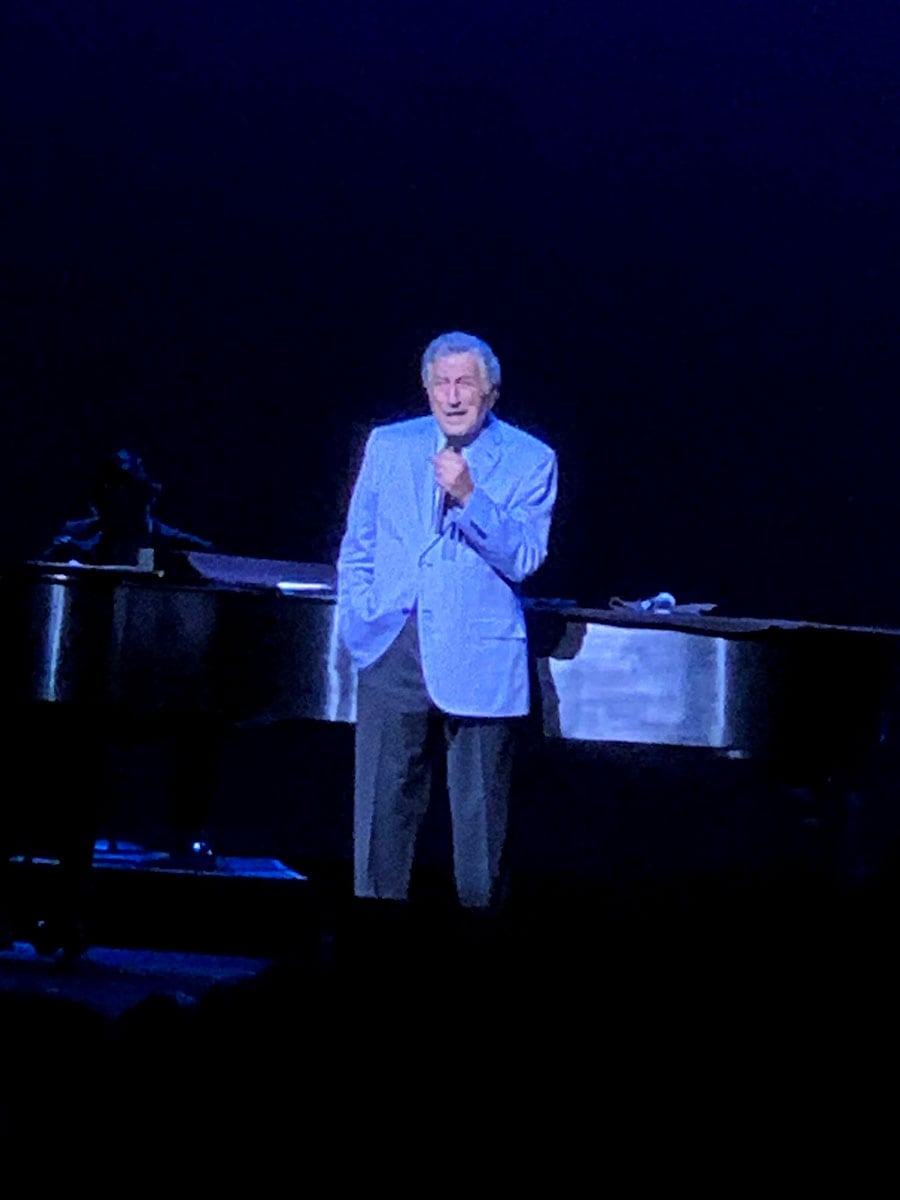 When you’re Tony Bennett, and you’re 93, you get enthusiastic applause just for showing up. The man’s career has spanned the better part of seven decades, and he has absolutely nothing to prove. He could stand onstage for 90 minutes reading the phonebook and still get a standing ovation.


But this is a professional as consummate as they come, and one not content to rest on his laurels. Bennett wants to deliver a show and connect with his audiences. And whether he knows it or not—though I suspect he does—people leave his shows feeling warmer of heart and lighter of spirit.

And so it was Saturday evening at the Wolf Trap Center for the Performing Arts in Vienna, Virginia, where the legendary crooner gave his appreciative audience of all ages (most of them of higher numbers) 75 minutes of entertainment, selecting from among some of the greatest compositions of the 20th century in a rousingly wonderful performance on his “I Left My Heart” tour, which has taken him around the U.S. and across the pond to England.

Bennett’s daughter Antonia performed a brisk 15-minute opener backed by her father’s own quartet, and any potential charges of nepotism aside, Antonia Bennett proved she can vocalize with the best of them—which is especially important when your father is, well, who he is.

Wearing a white jacket and coming to center stage with that million-dollar smile, Tony followed right after, “introduced” by an old recording of fellow Rat Packer Frank Sinatra calling his friend “the greatest” singer alive. 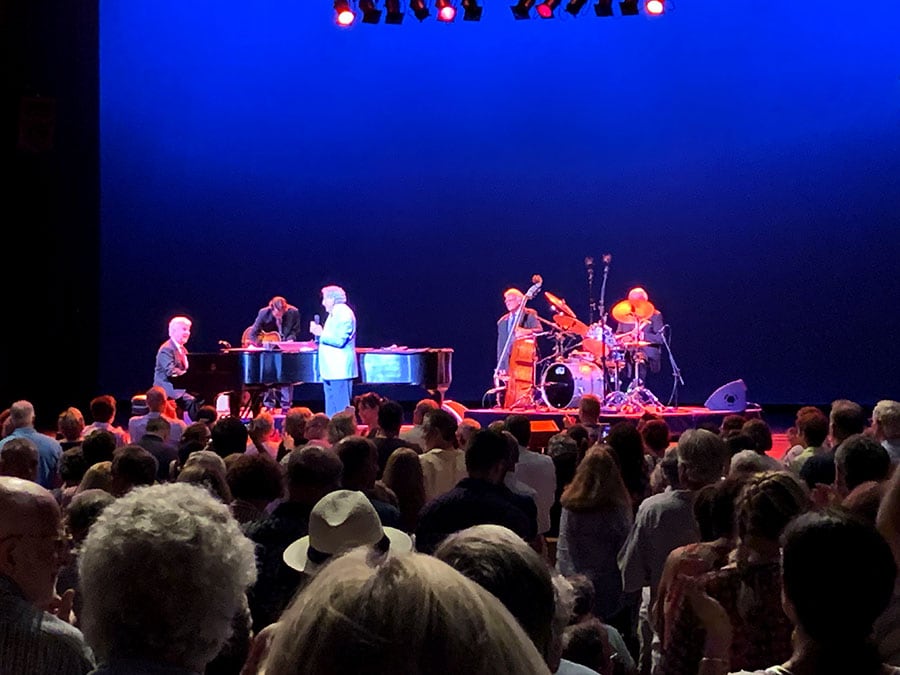 Bennett didn’t need to prove it; he was there to entertain. His voice remains mellifluous, and he never struggled for high notes and gave a special punch to “power notes” that brought goosebumps to the skin on perennials like “It Amazes Me” and the Irving Berlin composition “Stepping Out.”

Outdoor summertime audiences can be notoriously wishful to join in on the lyrics, but the Wolf Trap was rapt with silence on “But Beautiful” and “Boulevard of Broken Dreams,” the conclusion of each of which brought the audience to their feet. He also trotted out classics “The Way You Look Tonight,” but like most of the songs of his set, they were all truncated versions of songs already rather short by contemporary standards. Better to give the audience more for their money, I guess.

Bennett took turns to call out the members of his quartet in turn, entreating them to solos on guitar, piano, drums and upright bass. With that same incredible smile, Bennett would walk up to the musicians in turn and more or less point his microphone at them, as if perhaps not realizing that each had an amplifier or his own. If it was a “grandpa” moment, it was certainly forgivable.

While the set was more or less a trot through midcentury America—including “Rags to Riches,” which if you’ve ever seen “GoodFellas,” can never sound the same—Bennett is well known for his 21st century collaborations with Lady Gaga. In fact, Gaga appeared as a surprise special guest for Bennett’s performance at the Wolf Trap last June for “Cheek to Cheek,” but alas, she must have been elsewhere Saturday evening. No matter.

In the latter part of the show, the house lights came up almost after every song, which led to the false impression that the concert was about to end, and thus bringing everyone to their feet each time. Then the house lights dimmed and all sat…but then the house lights came up again at the next song’s conclusion. It was a strange feeling to be continually made to feel that it was the last song of the night, only to have Bennett offer more. I’m not sure I understand why this was done other than perhaps so the performer could keep on getting a better look at the fans.

Bennett waved good-naturedly at the show’s conclusion, which ended precisely 75 minutes after his daughter first stepped out on stage. He went to the wings only to return with his little dog, helping the animal to “wave” with its paw as its owner smiled.

He can’t keep doing this forever, and he’s arguably done it for longer than anyone. But what else, I ask, would Tony Bennett do if he weren’t onstage night after night? I’m not sure I want to know the answer.