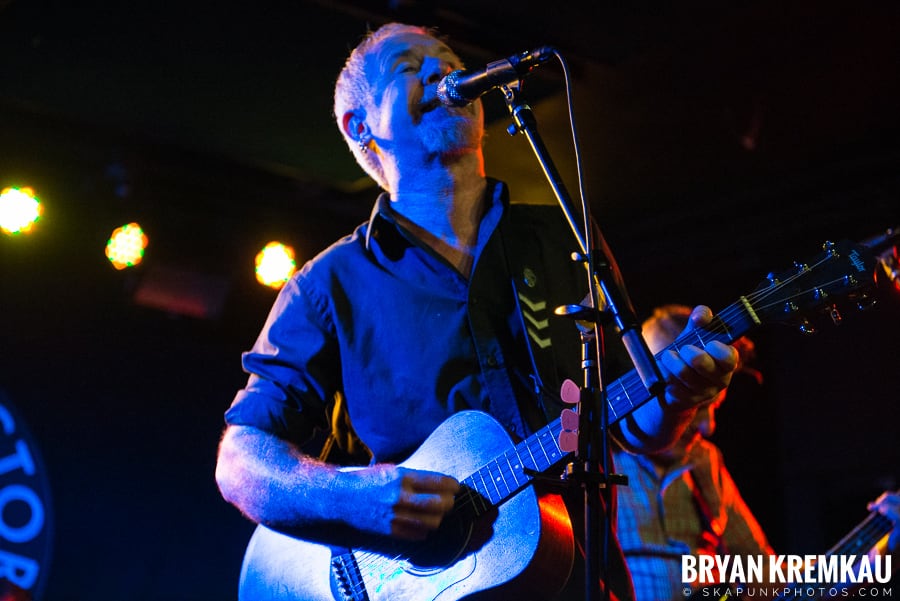 The Celtic rock band the Young Dubliners from Los Angeles made their way into New York City last Thursday. Seven Nations provided support for The Young Dubs and whoever was there last Thursday got an awesome double dose of Celtic rock music! See the live photos below!

I’ve never been to Blender Theater at Gramercy but I liked the way it was setup. The stadium seating in the back was nice, and reminded me of Nokia Theatre a little bit, just not as big or nice. The last few times the Dubs came into town, the crowds were a bit smaller but thankfully more people showed up this time. It still felt like an intimate show, a personal party if you will. I think if the band played in NYC during March when everyone is Irish crazed, they would be selling out venues here.

Seven Nations opened up the show and most of the people were still in their seats, watching the band perform. There were a few people up front dancing and singing along. I haven’t really listened to Seven Nations before, but they play Celtic rock music with a Southern twist. If that makes any sense? Pretty much, they are twangier than other bands. I recognized 1 or 2 songs from their setlist but couldn’t tell you the song titles. At one point the band played a nice cover from the Cure. I didn’t know this, but they have an entire tribute album dedicated to the Cure called “A Celtic Rock Tribute To The Cure.” I might have to check that album out! After Seven Nations played for 45 minutes, the Young Dubliners were up next.

The band opened with the last track “Chance” from their hit new album “Saints and Sinners.” It was great to finally hear the new songs being played live. I remember the band playing 2 songs last year at the Highline Ballroom but I didn’t know the songs then. You appreciate the songs better once you hear them on CD…well and actually know the lyrics. Other new songs played that night were the hit song “Rosie,” “Saints and Sinners,” “In The End,” “Howaya Girls,” and “Saoirse.” The usual Young Dubliner live songs played were Pogues covers’ “Waxies Dargle,” and “If I Should Fall From Grace With God;” plus “Touch the Sky,” “The Leaving of Liverpool” and “Don’t You Worry.” They played “Tell Me Ma” as well since they have been playing it on the Festival circuit this summer.

Master piper Eric Rigler was on hand, performing with the band on most of the songs. I love when he plays with the band because his piping playing is just world renown. If you hear bagpipes playing in a movie (Braveheart, Titanic, Road to Perdition, Cinderella Man), most likely it’s Eric playing. I also love when he breaks out and plays the Braveheart theme, which he did again. Hearing that motif still gives me goosebumps.

Towards the end of the set, the Young Dubs played “Follow Me Up To Carlow,” “Bodhran” and I believe finished up their encore with “Stop Me.” The band always delivers an energetic and extremely fun live set. Even if you never heard a song from the band before, go see them perform! It’s a good chance that you’ll end up a fan of the band afterwards. Be sure to buy their new album Saints and Sinners as well.