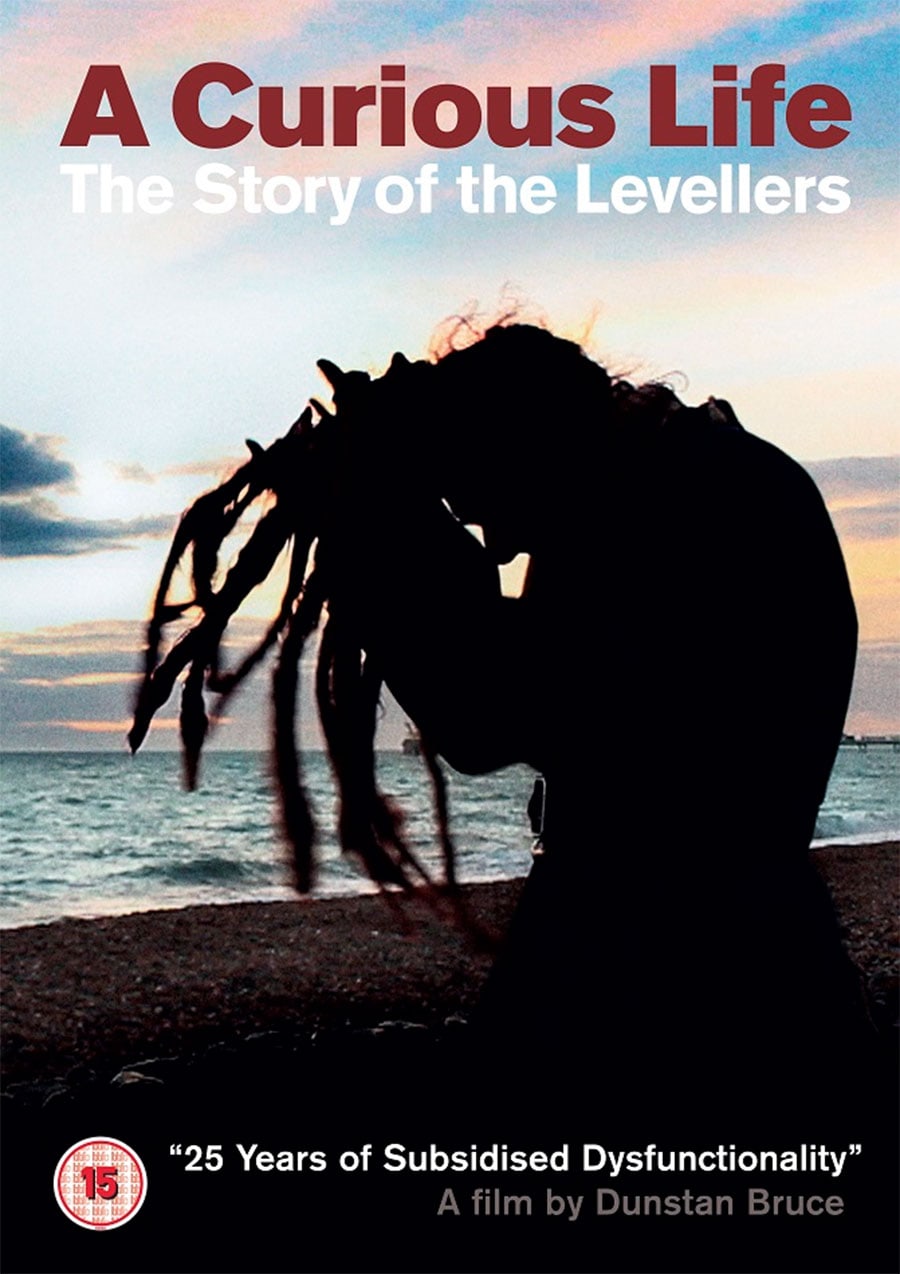 A Levellers documentary film was released this Spring but I’m just getting around to see it now. Thankfully I was able to see this because I’m a huge Levellers fan and music documentary fan in general. For those that don’t know who the Levellers are, they are a folk punk band from Brighton, UK with plenty of chart-topping success. They have been going strong for 27 years now without any signs of stopping.

It’s no secret that the Levellers are one of my favorite bands, if not my favorite band of all-time. I’ve only been a fan since 2003 but since then I’ve been obsessed. I’m so into the band that I’ve had to fly over to London 3 times just to see them perform since they never venture over the pond anymore. It’s understandable with playing sold out venues in Europe and if they came over here, who knows what the turnout would be. They haven’t played here since 2003, sadly right before I got into them. Maybe one day they will grace us with their presence again if a promoter is willing to give them a chance here. I keep saying that they should tour with Frank Turner here, to get new fans but not sure they would want to open for him since they are headline act. For now, I have to spend my savings with seeing my favorite band in the UK.

The documentary isn’t just another music documentary that goes from beginning to present. It’s more like a documentary told through bassist Jeremy Cunningham, which he is the main focus. Jeremy is quite the character, an artist, lover of history it seems and someone who appreciates a really good whiskey. I’ve met Jeremy during my first Levellers trip to London and he’s a super nice guy and really friendly. Anyway, Jeremy walks everybody through the the early days to the present. You get a sense how Jeremy was as a child, from stories and his various art his adorable parents kept over the years. Jeremy shows you where all the archives are in the band’s Metway Studios.

Concert footage and other types of old archival footage is sprinkled into the interviews with the other band members. One by one, others give their take on things like: how they got together, battling at the UK press, what they thought of Jeremy sending a shit to NME, playing Glastonbury in front of the biggest crowd the festival ever saw, fueling with Michael Eavis of Glastonbury, that time Joe Strummer performed on “Just The One,” starting Beautiful Days festival and Jeremy’s drug problem. I’ve heard the story about Jeremy sending a shit to a NME writer before but it’s still hilarious to hear it again. If you read the Levellers book, Dance Before The Storm: the Story of The Levellers, you would have known about some of these stories as well.

While I loved the film, I think some things were glanced over and it didn’t go into their history as much as I thought they. Thought the movie could have been another 15 minutes long. There wasn’t enough from the other members honestly. Maybe those guys didn’t want to be in the film more than Jeremy did? That’s about the only complaint I had. Maybe it’s because I’m a huge fan and wanted to see more? It’s definitely a music documentary that should be seen though, fan or not. If you’re not a fan of the band before heading into this, you probably will be after it. Watching this confirms my fandom and then some!

With the footage and material that Dunstan got, he tells the story of the Levellers. A band that never really sought out mainstream success but found it in the 90s. A band that didn’t want to give up on their ideals to make more money. They just wanted to make great music for people to enjoy for years to come. They definitely managed to do that and hope they continue on as long as they can. I know I’ll be there listening and anticipating their next US tour (if it ever comes).