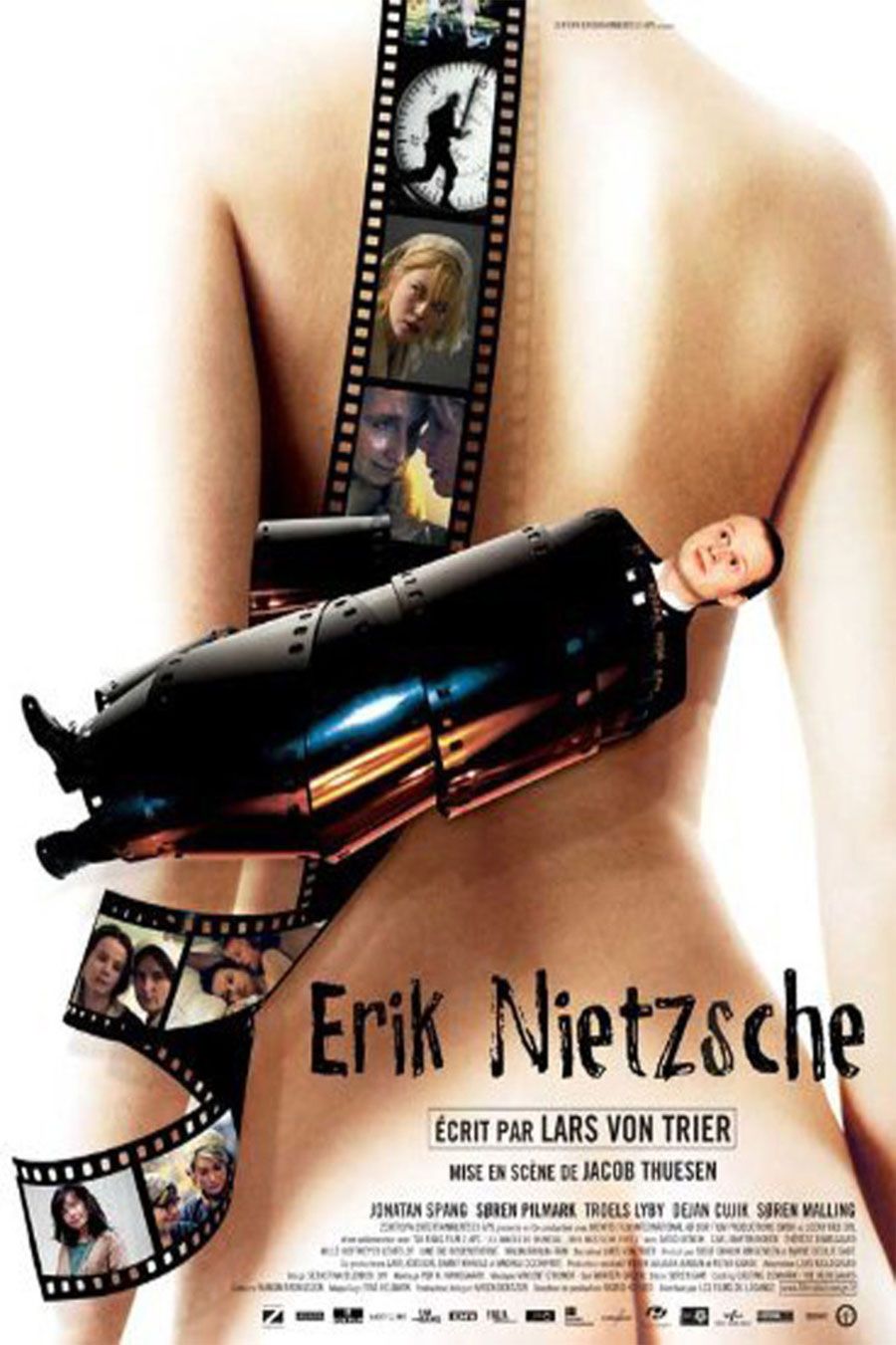 Ever wonder how Lars von Trier became the asshole he is known as? It seems that in this not-so-subtle recollection of his years at film school, you learn how a quiet and honest young man named Erik Nietzsche (conveniently the alias of Mr. von Trier) turns into an ambitious and conniving weasel in the course of a few years.


Filled with in-jokes about film school and the process of filmmaking in general, this really seems to be targeted towards a small niche market, and has far less mass appeal than much of von Trier’s other work, even the films he simply wrote and didn’t direct.

That said, the film is quite light at relatively funny, and done in a rather simplistic style. It mostly follows Nietzsche through his failures and successes over the course of film school. It has a very episodic feel, with temporal ellipses that often don’t see certain ideas fully through, and introduces certain ideas without fully establishing where they stem from. However, I think it’s mostly meant to be a fun journey through late 1970s and early 80s Danish filmmaking and the ways in which the filmmakers were treated and trained.

Not a film for everyone, but pleasant and inoffensive enough to be enjoyed for its light humour and insight into the early life of Lars von Trier.

Bottom Line: A decent Danish film, although nothing special. Unfortunately it’ll probably slip through the cracks pretty easily.
Favorite Scenes: The first films the directors each made were amusing in their lameness.
Rating: NR
Running Time: 91 minutes
Overall Rating: