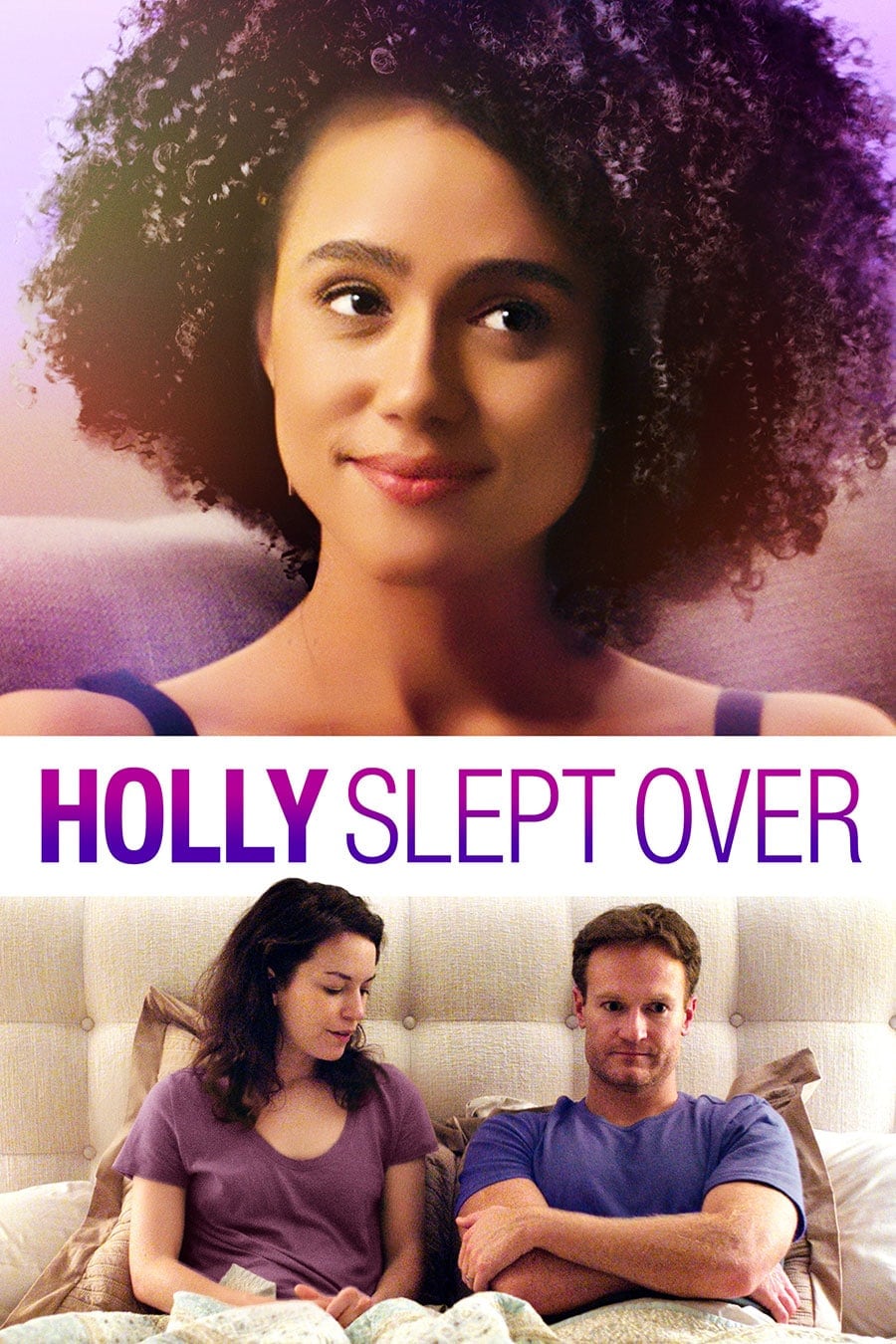 In the mood for a funny romantic comedy? Holly Slept Over might be that movie. You’ll be able to watch this on VOD and Redbox on March 3rd.

I never heard of Holly Slept Over until I got an email about it. Saw the premise, looked up the cast and saw the trailer and thought it looked funny. While with most trailers, the funny parts are mainly there but there’s a lot more humorous moments in it, thanks to Ron Livingston. He plays Noel’s friend or brother, can’t tell honestly. I thought he had the funniest lines and scenes in the movie because his character is dealing with his own issues with his marriage. I like Nathalie Emmanuel, and I thought she was a good choice for the role. Her character is pretty, charming and has a fun personality. I’m not too familiar with Josh Lawson although I just saw him briefly in Bombshell. Not too familiar with Britt Lower either but they were both good in their roles. Josh and Ron had good chemistry and provided a lot of funny banter between the two guys.

The cast is small and the movie is only 88 minutes long. I’m glad it wasn’t longer to be honest because then things would just get dragged down. Just a movie about couples with issues. The only filming locations were outside near Noel & Audra’s house, the actual house and Pete and his wife Marnie’s house. This was Joshua Friedlander’s first directed film and it has that indie vibe to it. You just don’t see too many of these types of films being released in theaters these days. Not sure if the movie was delayed or just took a few years to get released. I could see why it might have been hard to snag a distributor since a lot of studios don’t release these types of films anymore unless they are big blockbusters..

Even though there was some funny dialogue and moments, I still thought it could have been a little bit funnier. Towards the end, it goes into a drama a little and like you might expect, things get awkward. A married couple having a threesome can go in a few directions. A couple continues to be open about their marriage and book trips to the Poconos every weekend, the woman leaves the husband for the other person or vice versa or they agree not to do it again and just chalk it up as a fun experience. Even with that last one, there’s still got to be some awkward, elephant in the room that you’re trying not to talk about with your loved one for the rest of your life. One of those things happens in this movie. The premise makes for a funny and interesting movie though.