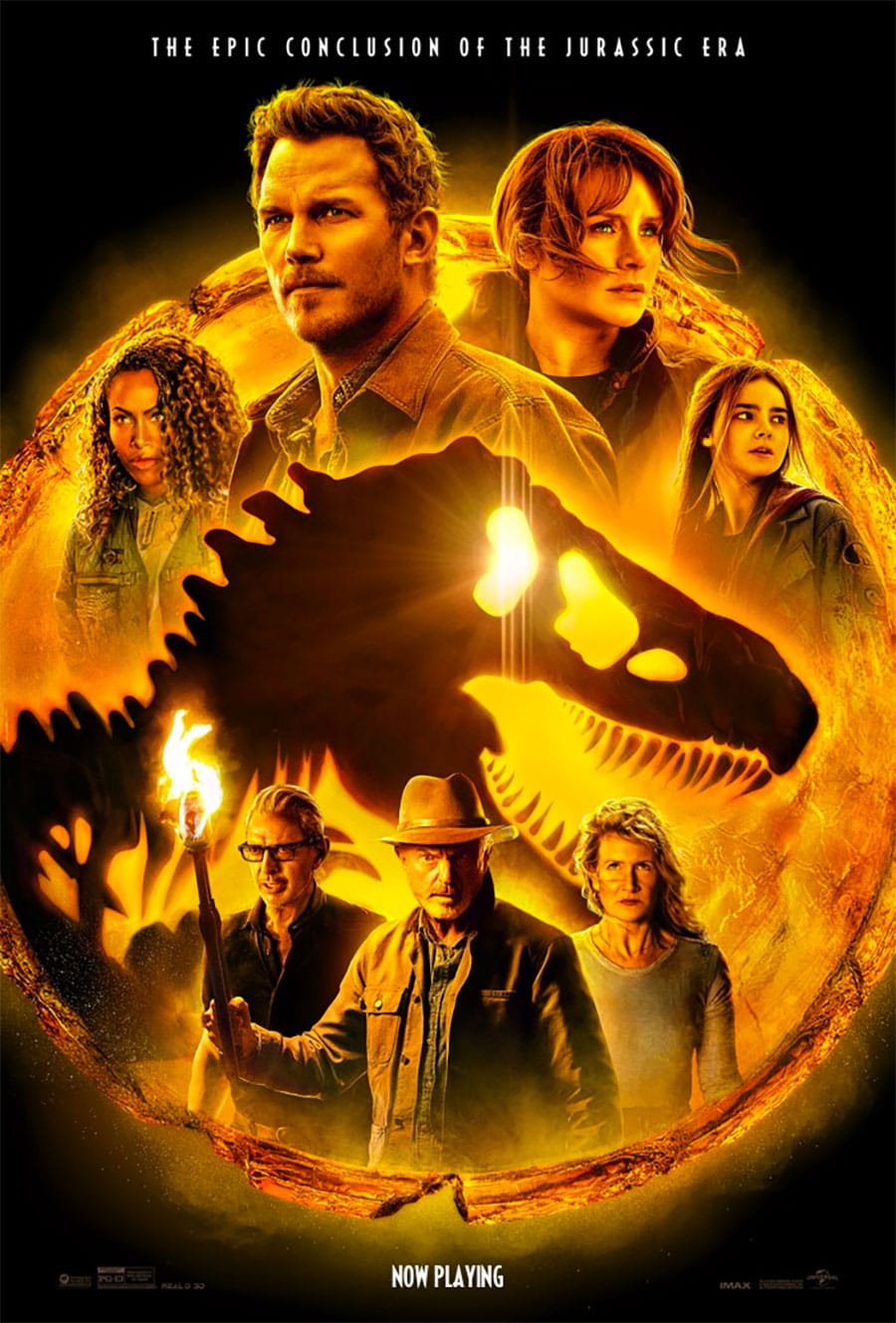 In 2015, it was announced that Colin Trevorrow, fresh off the huge box office of Jurassic World, would direct the 9th entry in the Star Wars Skywalker Saga, then slated for a May 2019 release. One Book of Henry later, thankfully that did not happen. While I am an unabashed Rise of Skywalker defender, we can all agree ROS, even with its many flaws, is substantially better than Trevorrow’s Duel of the Fates script. I’ve read it and trust me it’s bad bad.

You know what else is bad bad? Jurassic World Dominion. Jurassic Park is my all time favorite movie! A movie that changed my life more than any piece of media outside of a galaxy far far away. I even have a soft spot for its much maligned sequel. Trevvow’s 2015 requel was entertaining, but felt just completely unnecessary. And that’s my take on the entire JW reboot/requel series, completely unnecessary. There is no new and exciting story to tell. No twists that would change the way we think about the original. At least in Star Wars there was an entire galaxy to explore and expand upon. Jurassic Park can stand alone as a perfect piece of film, with the argument that no sequel really needs to expand upon it. At its core, the story is that the park is created, and then the park fails. There really isn’t much more to do with it.

There is one potentially interesting angle that could have continued to grow the story, dinosaurs are now a part of society. While that story doesn’t really appeal to me, at least it is something new. Trevorrow and the team should go bonkers with it. Give me a T-Rex in the White House (the political commentary alone could’ve been fun), raptors roaming Time Square, and a Triceratops at Applebees. But that story thread is almost totally ignored here. Instead, Colin Trevorrow gave Dominion the same treatment that Episode 9 gave the Last Jedi. It abandons any creative and challenging changes, glosses over major story points and sets us back in a “park” for lack of a better setting. Except Trevorrow doesn’t have the snappy editing and fun heart of a JJ Abrams.

That’s not to say that there isn’t some good here. There is. His name is Jeff Goldblum. Goldblum’s Ian Malcolm brings the movie to life the second he is back on screen. He seems to so easily step back into that character in a way that Sam Neil and Laura Dern tend to struggle with theirs. We are also introduced to a great new character named Kayla Watts, portrayed by DeWanda Wise. She is the protagonist this series should have had from the beginning; much more interesting and complex than a very, very dull Chris Pratt.

Bottom Line: There is fun to be had here and some great visuals, but Jurassic World Dominion is overall a let down.
Run Time: 146 mins
Rating: PG-13
Overall Rating: