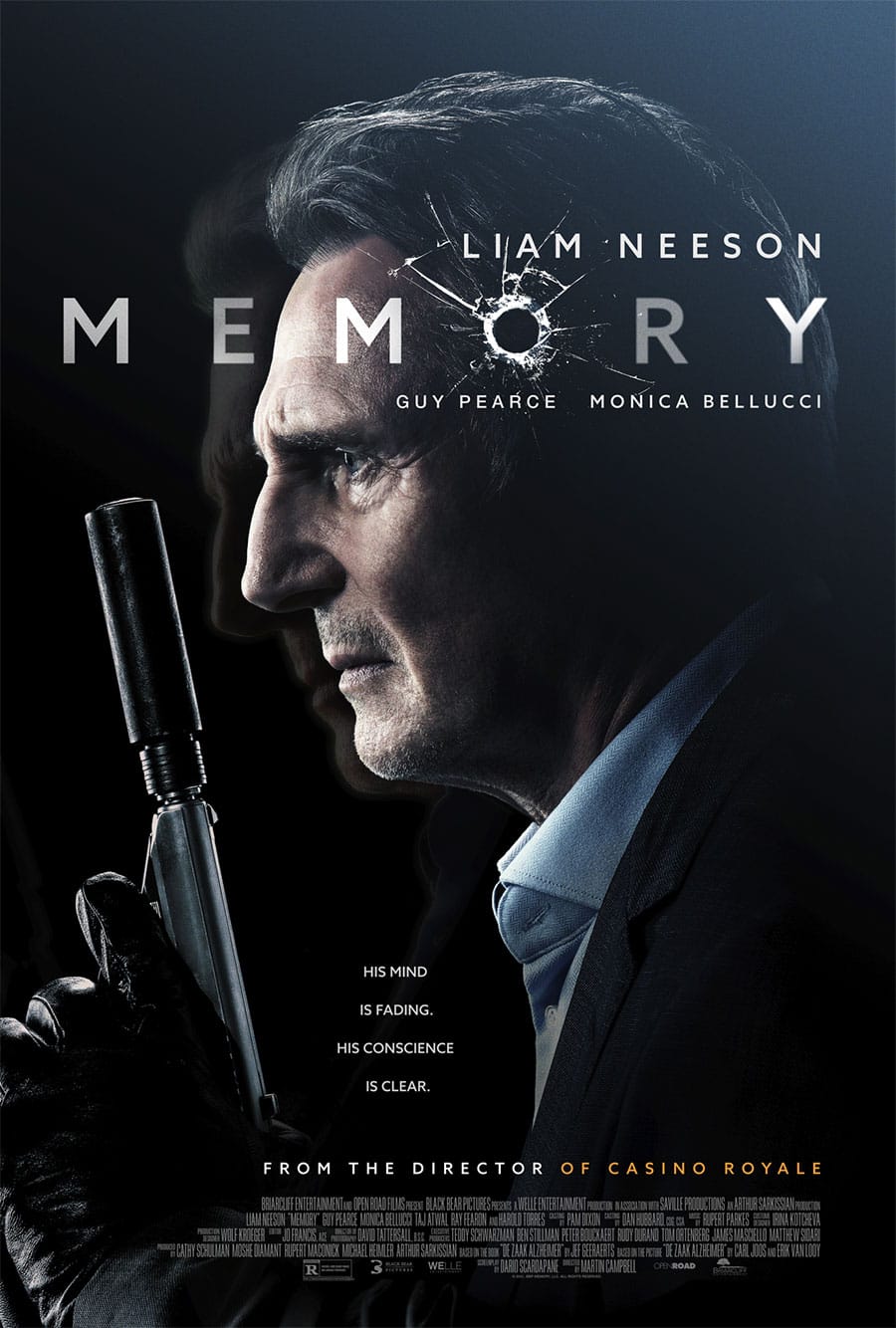 Just when you think Liam Neeson is going to hang up his gun and stop starring in action thrillers, he’s back with another one! This time, he plays an assassin with some memory issues. So a slight change of pace?

The film centers around Alex Lewis (Liam Neeson), an assassin whose memory is starting to go. After refusing to finish a job, he’s hunted down by the people who hired him. Also hot on his trail due to corpses piling up, are the local police, FBI agent Vincent Serra (Guy Pearce) and Mexican Intelligence. Alex is out for revenge and trying to get to the people who tried to kill him before he’s captured or dead.

I had no expectations with this film but was interested in at least seeing it, since it stars Liam Neeson, Guy Pearce and Monica Bellucci. Martin Campbell directed the action thriller as well, but I’m trying to think of the last thing he directed that I saw? Maybe Green Lantern. I think the general feeling I had after watching this was, eh it was okay. Nothing really new, nothing really special that I have to go out of my way to tell my friends – “you have to see this!” It’s just not that type of movie. I was entertained for most of it, other parts I was just bored.

I thought having Liam Neeson as the villain was a nice change of pace, although he’s trying to do something good when he refuses to kill a teenage girl. As much as this is billed as a Liam Neeson movie, it’s equally Guy Pearce’s movie as well. It was still fun watching Liam’s character offing people and smashing their heads through windows. Ray Stevenson was in this as well. At first, he was unrecognizable to me, plus he’s speaking with a twangy Texan accent. Monica Bellucci plays the woman who hires Alex, but felt like she was somewhat underutilized. Her last scene in the movie felt a bit over the top. Won’t say anything else about it.

Memory is the type of movie you’d put on during a boring weekend. It doesn’t offer anything new to the genre and in a way, feels like a throwback to action movies of the 80s. Some people will enjoy this, others will be bored. I don’t fault the actors in this, because it just feels like they are going through the motions for what they were given. Liam Neeson needs to star in something different because his churning out action thrillers once a month is getting stale.