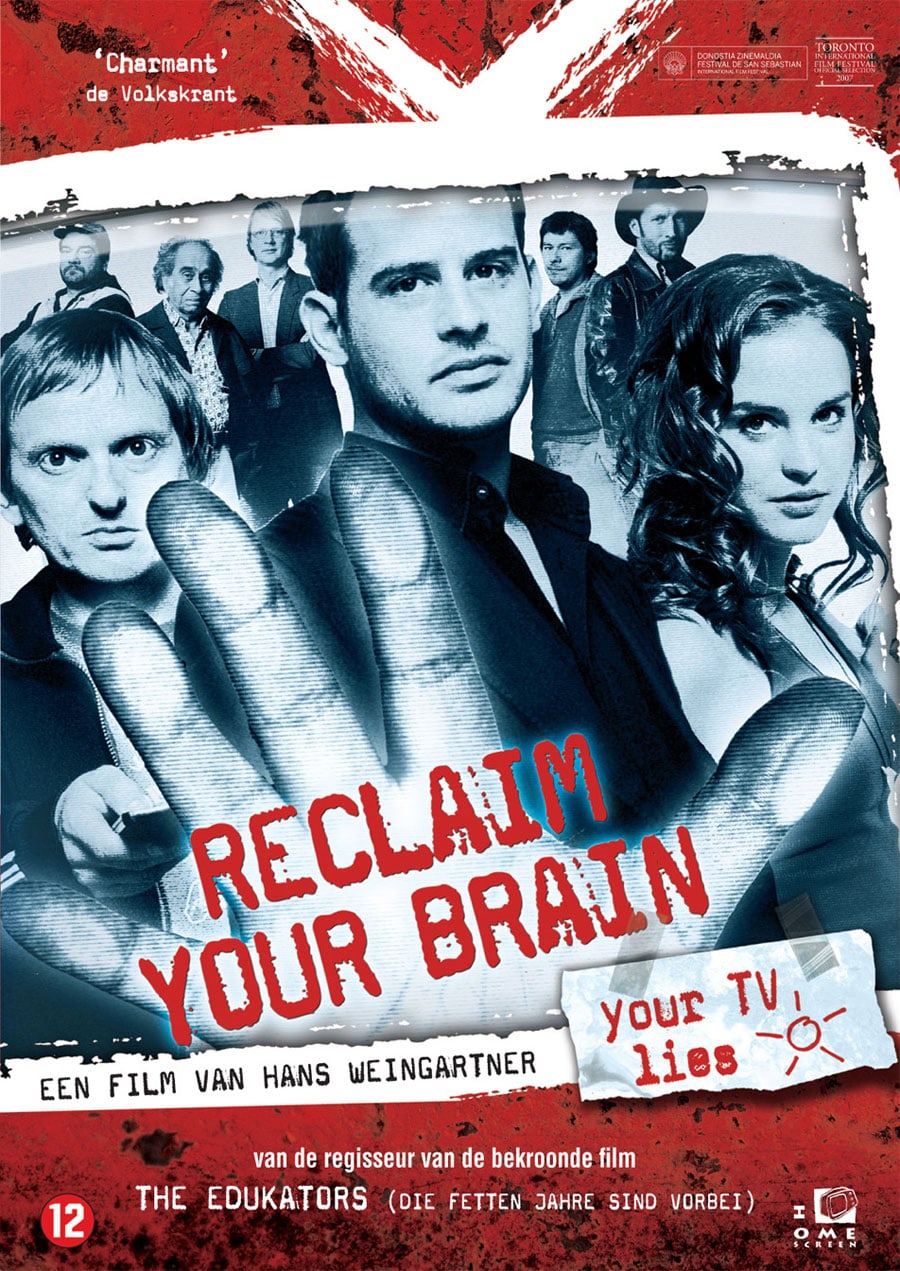 Reclaim Your Brain is a German satire of the television ratings system and the dumbing down of television programs.


It focuses on Rainer, a coke-addled TV producer who airs only the most ridiculous and stupid reality shows imaginable (like Make Your Superbaby, where a woman gets to procreate with a man whose sperm swim the fastest), but who has an epiphany after a near life-threatening injury, and tries to improve the quality of television offerings. However, his ideas don’t fly,and he gets sacked, leading him to put forth a crusade against the ratings system, aided by a group of outcasts, to alter the ratings in order to give more precedence to intelligent programming. Once they have their system in place, their plan actually works, and the German populace become smarter and more conscious.

Hans Weingartner’s film has a great plot and a fun idea. However, there are huge problems in the execution. For one, the film is far too long; the plot is set up in a fairly traditional three act structure, and where each act likely should take about 30 minutes, the second and third acts each run over 20 minutes too long. Full-song montages are used to reiterate the effects of Rainer’s television revolution. Additionally, the excessive length directly affects the film’s pacing; there were specific moments where the film’s flow came to a near halt, and the audience’s collective groan could have been heard all around. Furthermore, the tone also suffers, as the film fluctuates between cartoonish satire and humanist drama; Rainer slowly begins a romantic connection with Pegah, the lone female in his group, but this relationship takes a good 90 minutes to get from long emotional stares to the inevitable kiss. What frustrated me most was that it would be very easy to make this a great movie if a good editor was able to pare it down to 90 minutes. Everything else – the acting, the music, cinematography, and story itself – were very enjoyable, but were weighed down by too much excess. I’m the type of person that believes far more can be said in a 90 minute movie than in a 180 minute one(unless you’re Robert Altman, the only man who can make a three hour movie I can watch in one sitting). Here’s to hoping that before this gets a wide release, it gets a bit of snipping.

Bottom Line: A great story and a fun satire that gets bogged down by being far too long and slow.
Rating: NR
Running Time: 129 minutes
Overall Rating: