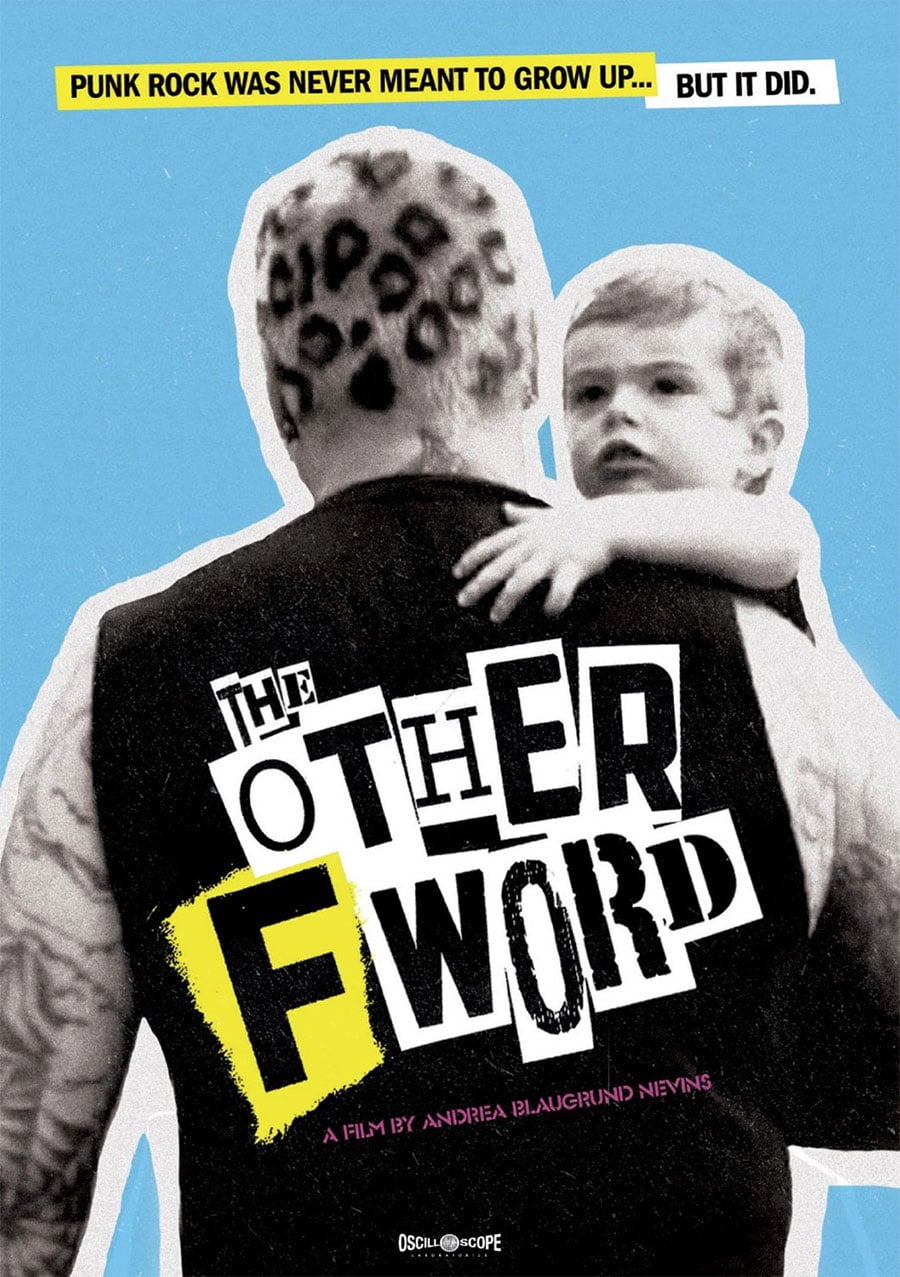 Jim Lindberg’s Punk Rock Dad book has been turned into an excellent documentary, directed by Andrea Blaugrund. The film dives deeper into the subject matter of punk rock musicians and fatherhood. An interesting topic that makes for an even more interesting movie that will be enjoyed by punk rock lovers, as well as others. The movie is a good one, as well as the soundtrack!

The Other F Word starts off with Jim Lindberg of Pennywise skateboarding and accidentally falling. Against Me!’s fitting song, “I Was a Teenage Anarchist,” begins to play. The documentary follows around punk rock veteran Jim Lindberg, then the front man of Pennywise, as he leads a double life of punk rock musician and husband/father to three daughters. The movie documents the struggles of musicians trying to be better fathers than their own fathers, as well as keep the youth masses happy with their anti-authority music. Besides Jim, the movie follows shows up a brief glimpse of the lives of Fat Mike of NOFX, Mark Hoppus of Blink 182, Tim McIlrath of Rise Against, Lars Frederkisen of Rancid, Flea and many other punk rock musicians.

Any time a music documentary is released, the movie skyrockets up to the top of the list of movies I want to see. Music documentaries just make me want to develop my own documentaries. The Other F Word is a fun documentary to watch if you’re a punk rock fan, but also if you just enjoy music in general. The movie’s story is an interesting topic, rock musicians who want to be good fathers. Some could make a case that they aren’t because they might not be around a lot but Fathers have to do what they have to do to support their families.

When watching this, I couldn’t help but laugh at some of the things happening in the movie like Fat Mike just sitting there making toast for his kid. But then again, Fat Mike puts this face on that is hard not to laugh at. Mark Hoppus brings up a good point about trying to show your kid his music. You have to buy the censored music, or just face facts and let them hear it the way its supposed to be heard. Punk Rock parents will definitely have to come to terms with that at some point.

Then there’s a few stories that make you gasp or want to cry. Duane Peters story about him losing his son is heartbreaking; especially when he talks about almost committing suicide. If there’s one thing that most of the musicians have in common, it’s that they had some Father issues. They set out not to repeat what their own Fathers did and try to be better Fathers. With the musicians focused in this documentary, I’d say they succeeded in becoming a good parent.

The Other F Word is making the festival rounds right now but if you get a chance to see a screening, then get out to see the movie! A lot of the movie is about Jim Lindberg before he left Pennywise, which you kind of see his meltdown from the band. So for a Pennywise, punk rock perspective, it’s a must-see! For the casual music fan, I think you’ll enjoy The Other F Word and perhaps appreciate punk rock more.

Bottom Line: One of the best music documentaries to come out in a long time!
Running Time: 98 mins
Rating: R
Overall Rating: