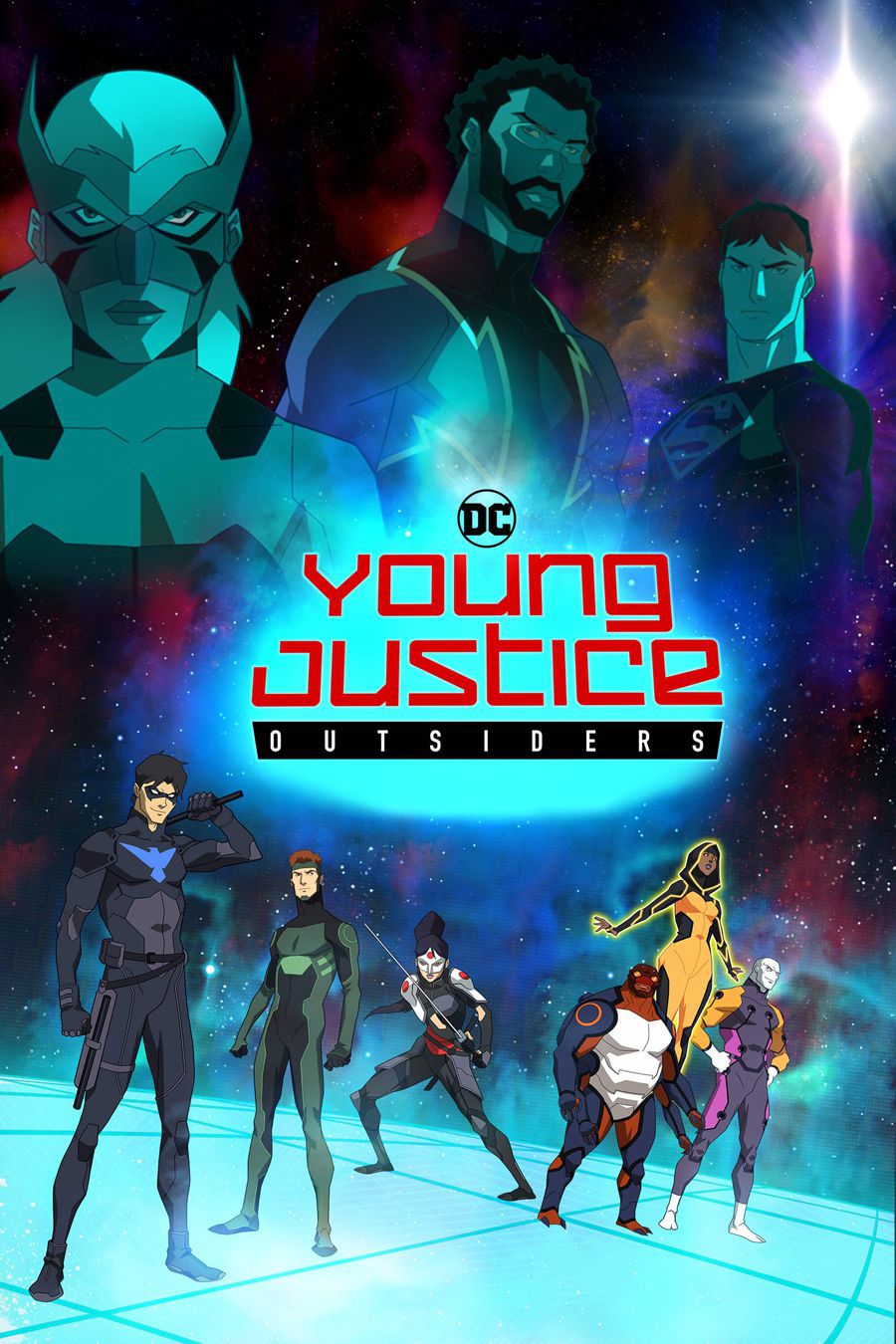 Having been through cancellation hell and back, fans finally got their wish with the release of season 3 of “Young Justice” simply titled “Outsiders”. Two years after the defeat of the Reach and the reveal of the metagene, a gene in ones DNA which is a dormant gene that upon activation turns regular humans into super powered metahumans. With the reveal of the metagene, organizations, governments and interplanetary rulers all seek out those with the metagene in order to activate the gene and turn them into super soliders in their armies.

The Justice League has been trying to keep a handle on the human trafficking issue but have discovered how far the reach of the trafficking has spread. Fighting on the planet Raan, they discover the true nature of the trafficking on Earth. After Black Lightning accidentally killed an enemy, the League discovers that she was just a young kid with a heart condition who was forced into service as a metahuman soldier working for an unknown group on Earth.

Two years later, a meeting of the Justice League is called and all members in the Earth sector arrive. The League’s failure to handle the metahuman trafficking and their hands being tied by government organizations led by Lex Luthor lead to a split in the team. Batman resigns from the Justice League taking various members with him including Batwoman and Green Arrow. Black Lightning resigns separately due to the death that he caused two years ago. He is not the same person that he was then.

In the sovereign nation of Markovia, a war is brewing in their neighboring countries and the king and queen decide to open their borders to all refugees from both countries. This leads to the assassination of the royal couple by a Quraci metahuman. Due to the crown prince being under legal age, the queen’s brother takes over as royal advisor of Markovia.

In Metropolis, Nightwing has information on a major metahuman trafficking ring in Markovia and seeks out recruits in order to put a stop to it. He manages to recruit Tigress, Superboy and Black Lightning who can no longer use his powers properly.

Episode Thoughts: Most of the voice acting cast has been brought back and the animation is almost exactly as we remember from the previous episodes. Right off the bat, the show once again provides tension with Batman and his allies deciding to operate outside of the Justice League’s authority to defeat the metahuman traffickers by their own means. Aqualad has evolved into Aquaman and is leader of the Justice League. We didn’t get to see much out of the rest of the Young Justice team but I’m sure they’ll be involved soon.

Episode 2 focuses on the team of Nightwing, Superboy, Tigress and Black Lightning as they try to put an end to the trafficking ring in Markovia known as Bedlam. Things aren’t as expected as the group discovers that the younger prince, Prince Brion, has sought out some way to activate his dormant metagene in order to become a super-being and protect his country from imminent danger on the horizon. The Leaguers discover that Bedlam is being run by Count Vertigo with help from doctors and geneticists in Markovia.

Superboy and Black Lightning escape the Count at first but Superboy is captured by one of the Count’s minions and along with the prince, is thrown into metahuman activation chambers. Black Lightning escapes and is rescued by Tigress who encountered a group of cronies burying failed metahuman experiments in a graveyard. One of the dead metahumans comes back to life and helps Tigress escape the villains.

Meanwhile Nightwing has been spying on the entire situation with a spy bot and decides to take action and enters the children’s hospital that is being used as a front for Bedlam’s operations. Superboy and Prince Brion are prisoners and Brion is shown engulfed in the black ooze that activates the metagene as the episode comes to an end.

Episode Thoughts: This episode focuses solely on Nightwing’s black ops group and reveals the villain behind one of the largest metahuman trafficking rings on the planet…none other than Count Vertigo. We don’t get any information yet on what Batman and his group are doing but we do get to see various ambassadors arguing for and against the sanctions on the Justice League after in is announced that key members of the League have resigned due to the United Nations restrictions on the JL charter.

“Eminent Threat” wraps up the first story arc of the season as Nightwing and his team tries to bring down the metahuman trafficking group known as Bedlam which is run by Count Vertigo. We learn that Count Vertigo apparently has some outside help as he has access to both a Mother Box and a Father Box and tech such as a Boom Tube which is only found on Apokolips.

As Nightwing and friends take the fight to the underground Bedlam lab, they are helped by the metahuman that survived death. With the help of the royal family’s doctor Dr. Jace, they manage to free Superboy and Prince Brion. Trying to save eight kids that they found in the lab engulfed in the black ooze, to their dismay they are Boom Tubed out to parts unknown. But what the group has discovers is who Bedlam’s leader truly is…none other than the regent to the king, Prince Brion and Gregor’s uncle, Baron DeLamb. Not only has he been experimenting on metahumans but he’s also one himself. It is revealed that he had been plotting against his sister and brother-in-law the whole time in order to overthrown their reign and defeat Markovia’s enemies with the help of Count Vertigo.

With the prince’s powers activated (he now has control of geological energies and can turn into stone and molten lava), he seeks to defeat his uncle and does so with the help of Superboy. With Brion’s brother privy to his uncle’s deception he is informed by his advisor that it would be wise to banish his brother so that he doesn’t have to pay for the same crimes that his uncle committed.

With some new recruits to their ranks and with Bedlam defeated, the Leaguers leave Markovia with their mission accomplished. Things didn’t go exactly as planned but they came out on top and prevented the possible deaths of an unknown amount of metahuman youth.

Episode Thoughts: This episode was a good wrap-up to the first story arc. It wasn’t drawn out and provided a solid ending to the plotline and also introduced some new team members and future plotlines. 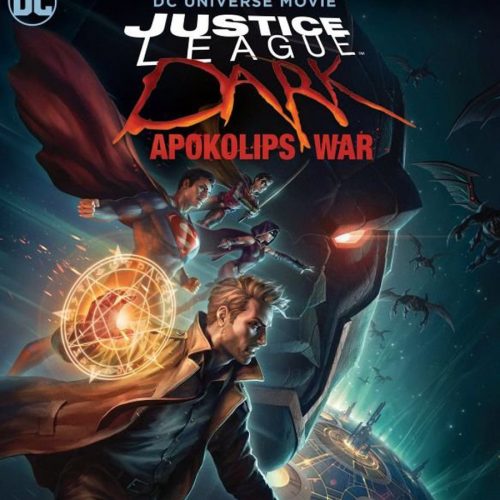 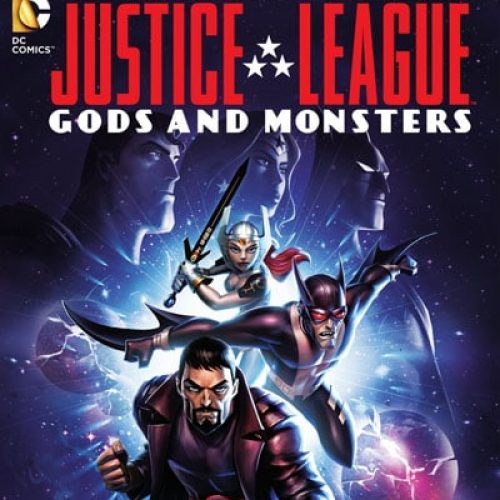