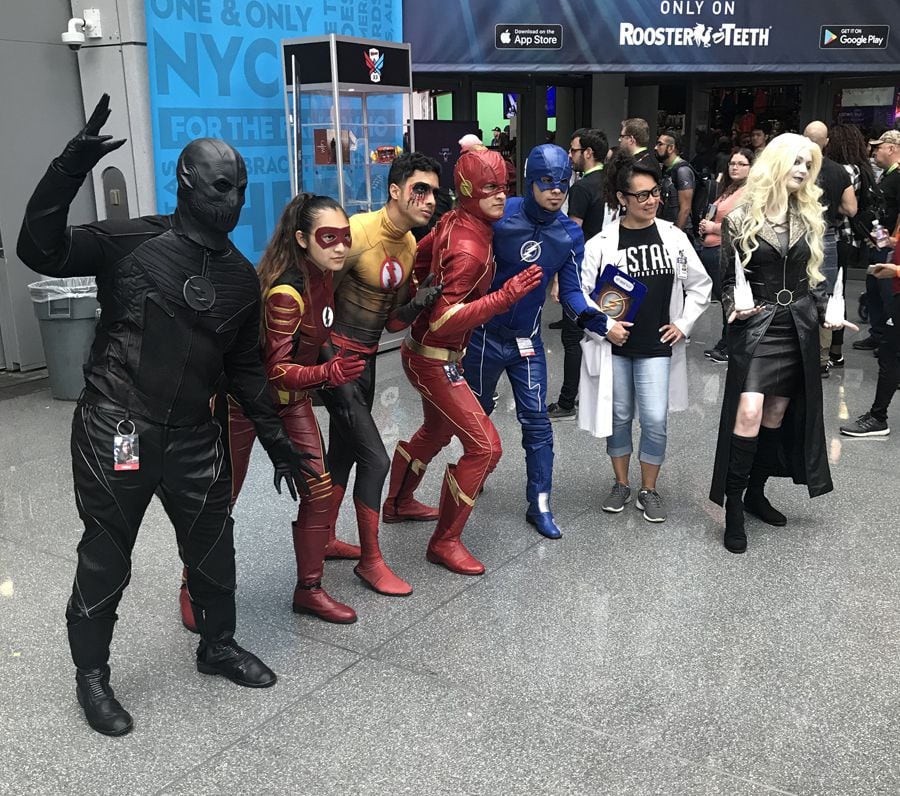 Being that I was at the convention, I wouldn’t be able to purchase any of those items that I was looking for. But I had a plan and an extremely amazing wife. She took a day off from work to travel 45 minutes to the nearest Target from home with my brother-in-law in tow in order to wait outside in line to get the Pops that I’ve been looking for all summer.

Having got back to our hotel at around 1 AM and in bed around 2 AM, I was up early waiting for the news of what my wife was able to score for me. Amazingly I was able to get everything on my checklist as she was only the third person in line. With that news and a hearty breakfast, I was ready to tackle another busy day at the con.

On the schedule for this day was a “Batman: The Animated Series” Blu-ray release panel as well as another round of roundtable interviews with the cast and crew. Last year, there was a similar panel leading up to the news of the release of the show on Blu-ray for the first time but this panel actually had completed products available for viewing as well as some clips that showed episode clips with a side-by-side of old and new animation. Having grown up originally watching the show upon its release on an old school tube TV, it was shocking to see the differences on how it actually looked compared to the cleaned up high definition version. It was as if someone took off your foggy glasses and cleaned them with high definition glass cleaner.

The “Batman: The Animated Series” panel consisted of a few new additions this year including Diane Pershing, the voice of Poison Ivy who until only a few years ago never did comic conventions before as well as producer Eric Radomski. They talked about the release, some of their favorite memories of the show, discovering for the first time that the show had a huge following as well as insider information and anecdotes.

What excited me the most about the roundtable interviews that I would be participating in following the panels was the fact that this year we would have access to interview both Tara Strong and Kevin Conroy as well as Bruce Timm once again. Having access to these stars as well as the opportunity to ask questions to them face to face is an honor and a privilege and many thanks go out to the SuperPR Guy Gary Miereanu for being a pleasure to deal with and for setting everything up.

At 3PM I needed to be at booth 149 for a virtual reality experience for the movie “Skyscraper” starring Dwayne Johnson. The setup was for one of the movies’ most spectacular moments as the Rock’s character has to make his way up a construction crane and leap across into an open window of the burning skyscraper. I set this up for my friend Ray and I, and I made him go first. He has a fear of heights so this would be interesting. He managed to get the hang of the VR headset and controllers fairly easy but it took him three times to jump into the window without dying. He did well with his phobia but said that it still took his breath away. It was now my turn to experience it and try my luck at the jump.

After getting everything strapped in and set up, there was a brief demo on how to move forward, run and basically steer directions. Once the demo was finished, you find yourself in an elevator making your way up higher and higher. You can look around and peek through the maintenance elevator’s door as you rise up to astronomical heights. Soon enough you reach the top and must move around until you arrive at a latter to climb up to the top of the crane. From here you need to get in position and then start moving your arms back and forth in order to run and make the leap into the window. You have to keep your arms moving or you’ll drop past the window to your doom. I paused at the top of the crane to do what they say to never do at those heights…I looked down and around. I wanted to experience what the demo had to offer and I’ll have to say that it was quite disorienting. There were some features in the headset that mimicked the swaying of the crane and some wind effects that really immersed you in the experience.

Then I took my leap and……..managed to make it on the first try. As I mentioned before, once you jump you have to keep moving your arms as if you’re running and flailing to get inside the broken out window. You truly had a feeling of freefall as you plummet towards an open window hundreds of stories about the ground. “Skyscraper” would be the perfect movie to totally adapt to a virtual reality experience. I had fun with the experience and would have liked to try it another time just to see what happened onscreen when you failed and plummeted to your death but there was quite a line for others to try it out.

To close out my New York Comic Con experience for the weekend, I was able to sign up and attend the “Rise of the TMNT” panel. With the sad news last year that the 2012 CGI show was coming to an end and was to be replaced by a traditionally animated 2-D show, I was curious to find out any behind-the-scenes information regarding the thought process on it and the reasoning of the hows and whys. Early episodes of the show premiered shortly before the convention so I was able to check it out leading up the panel. At the panel was show creator Ant Ward as well as the voice actors for three of the four turtles as well as April O’Neil.

There really was not definitive reason for the ending of the 2012 show and the thought process for the new show was to steer away from the science fiction elements that were heavy themes in the 2012 show and focus more on the mystical aspect of the turtles as well as go for a less serialized take on them with a younger demographic in mind. Personally, I’m not a fan of the new show at all as it takes cues from things like “Teen Titans, Go!” whereas there really isn’t much of a continuous story, there’s a lot of goofy over-the-top humor and the characters are extreme caricatures of themselves for the sake of just being different. The creators and producers did talk about bringing in more familiar faces for fans of the other iterations of the show as well as the possibility of crossovers with other versions of the turtles once again. The crowd seemed to enjoy the clips and the cast really seemed passionate about their work and enjoyed the back and forth with the audience.

With the “Rise of the TMNT” panel wrapping things up for my 2018 NYCC experience, we packed up our stuff, checked out of our hotel and started our 6 hour trip back to Pennsylvania. Once again, it was awesome to get press access for Readjunk as well as having the opportunity to once again hang out with the Readjunk crew for a couple of days. I didn’t get to check everything out that I wanted to but that’s the price you have to pay when you’re there to work…if you truly can call it that. I’m always thankful for the opportunities that arise when working the convention and am already looking forward to next year. 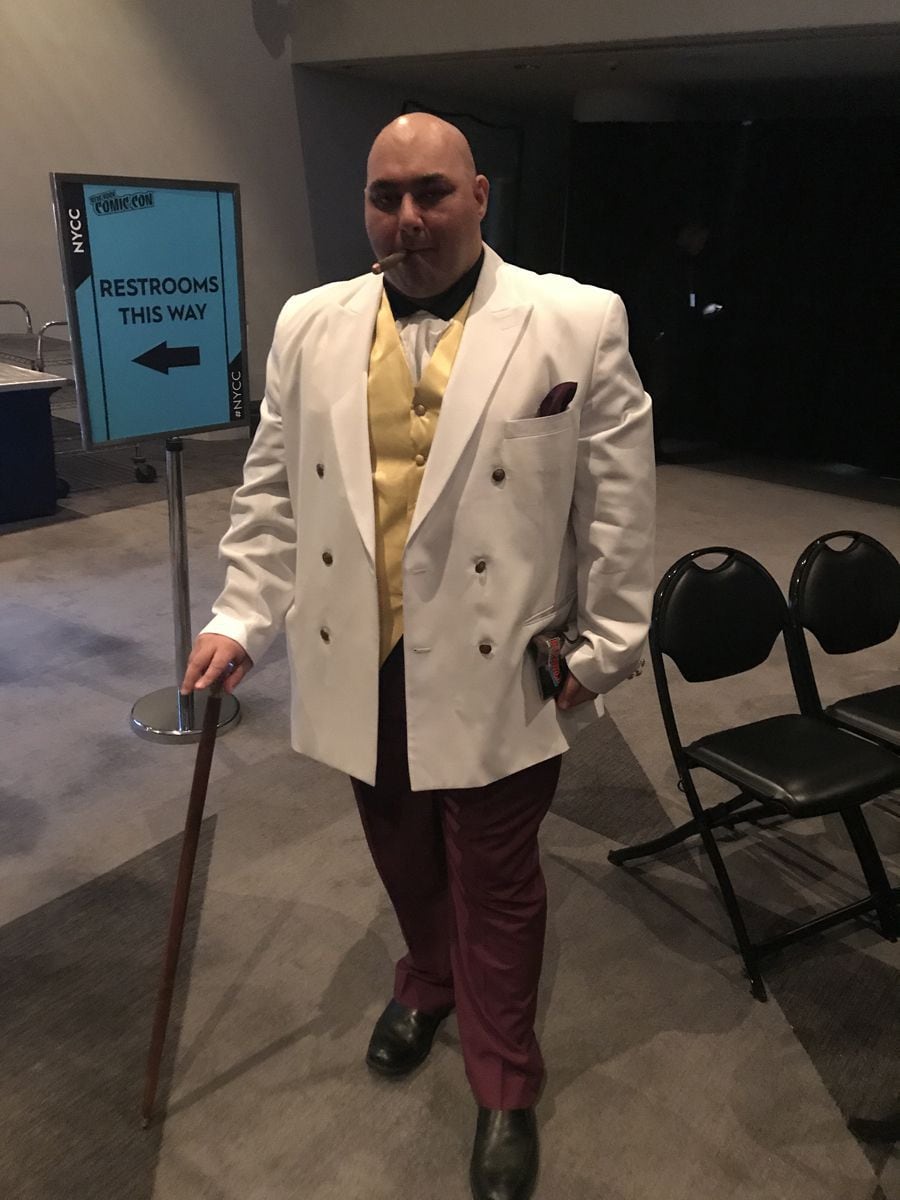 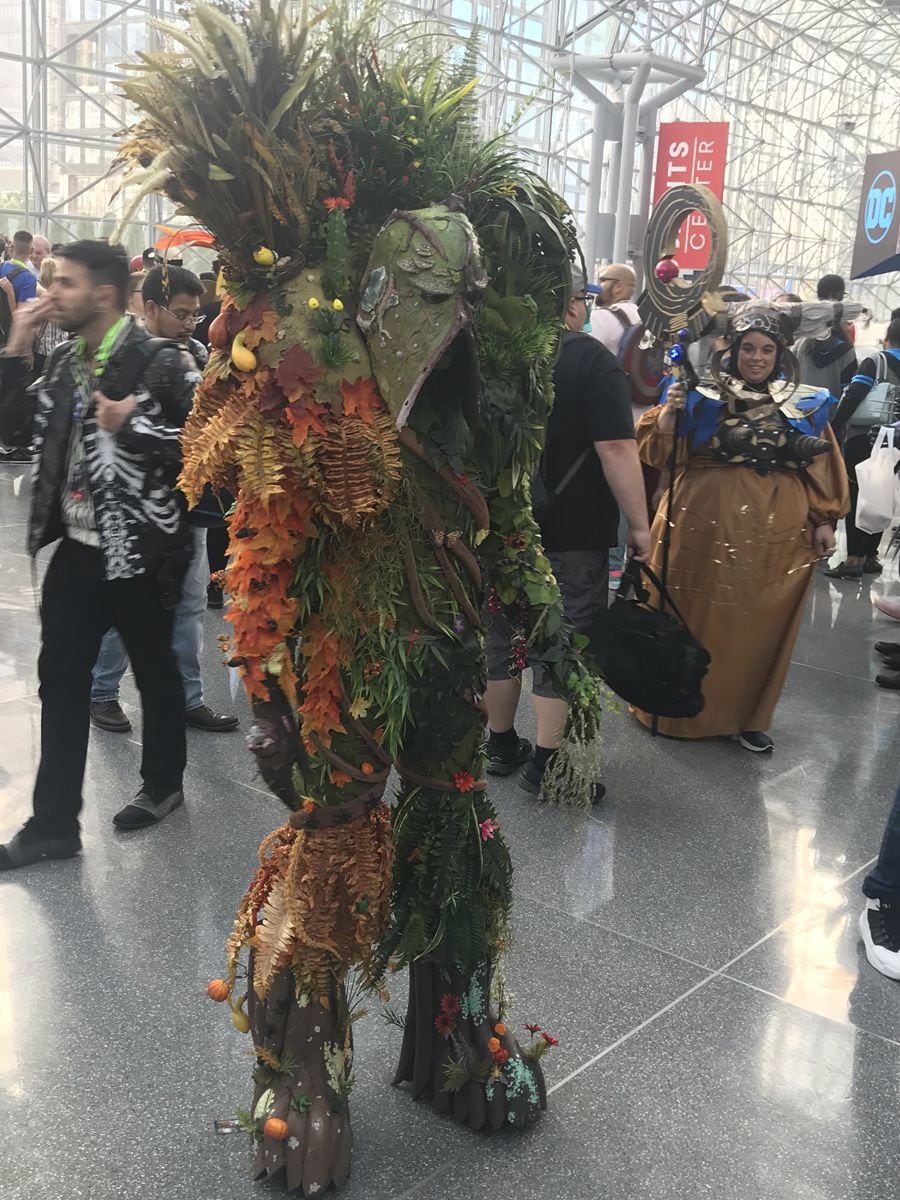 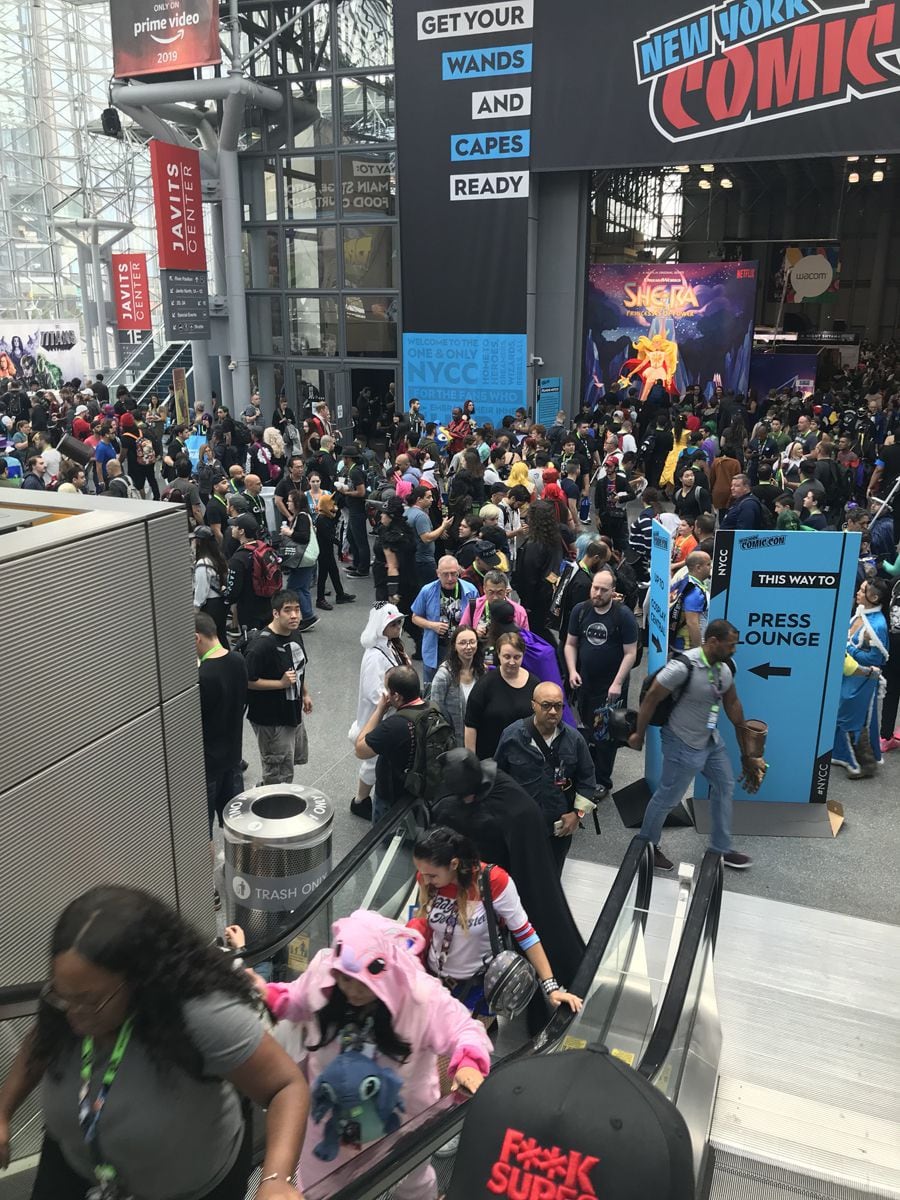 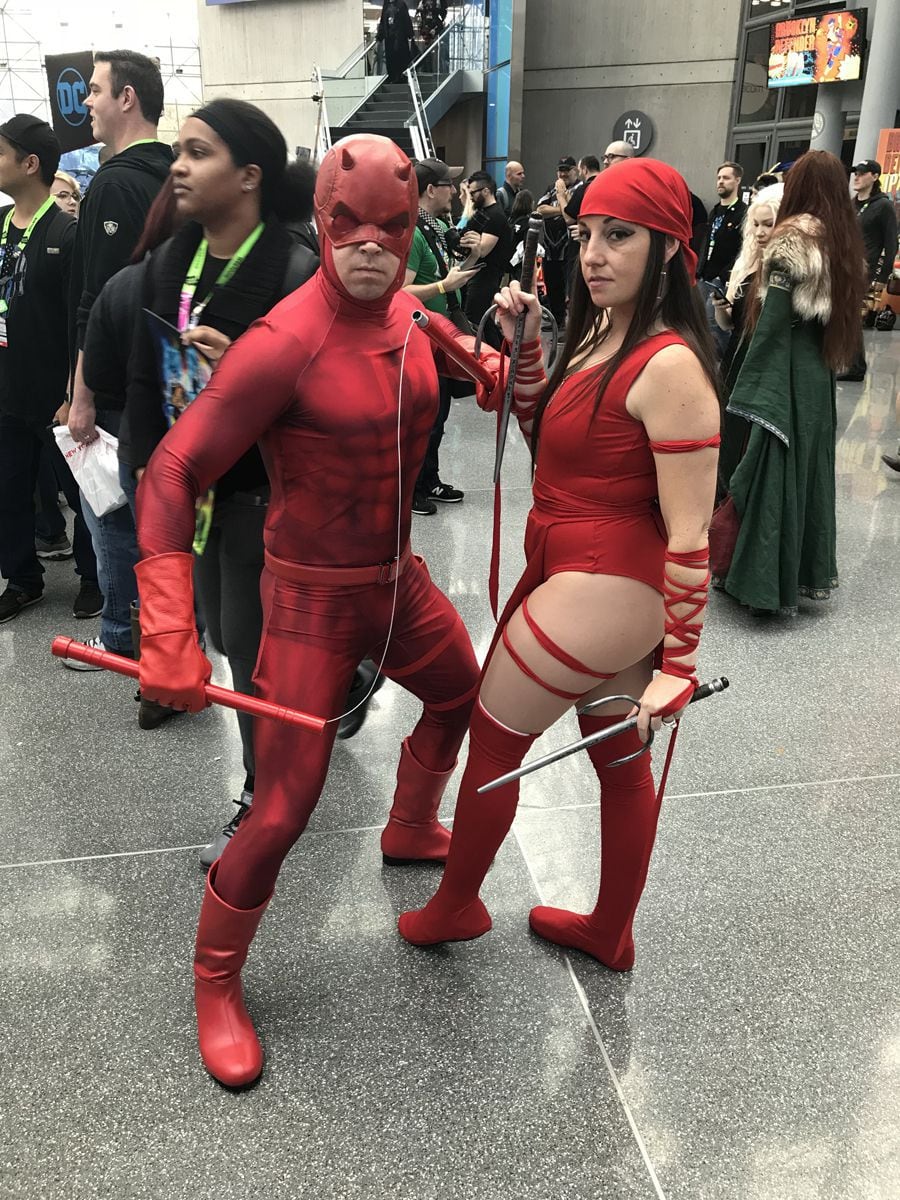 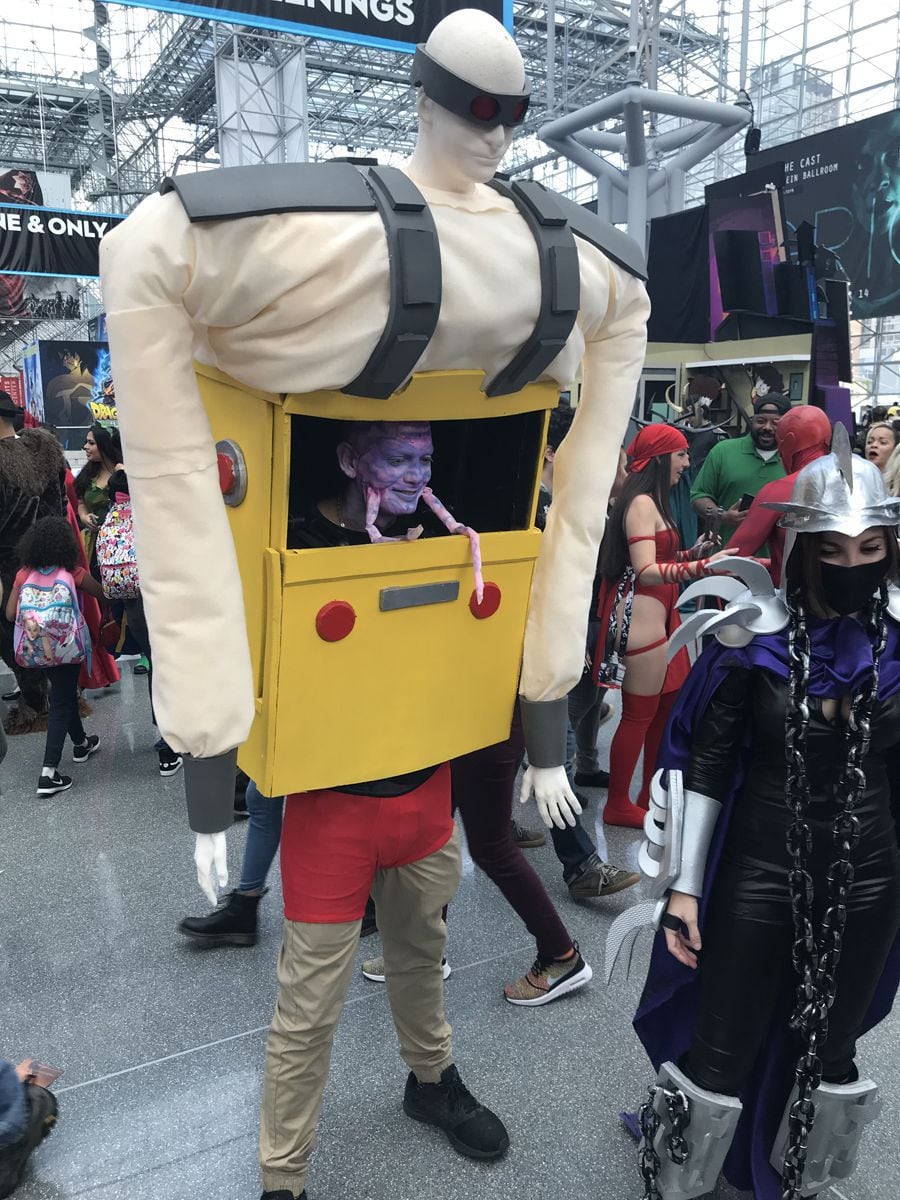 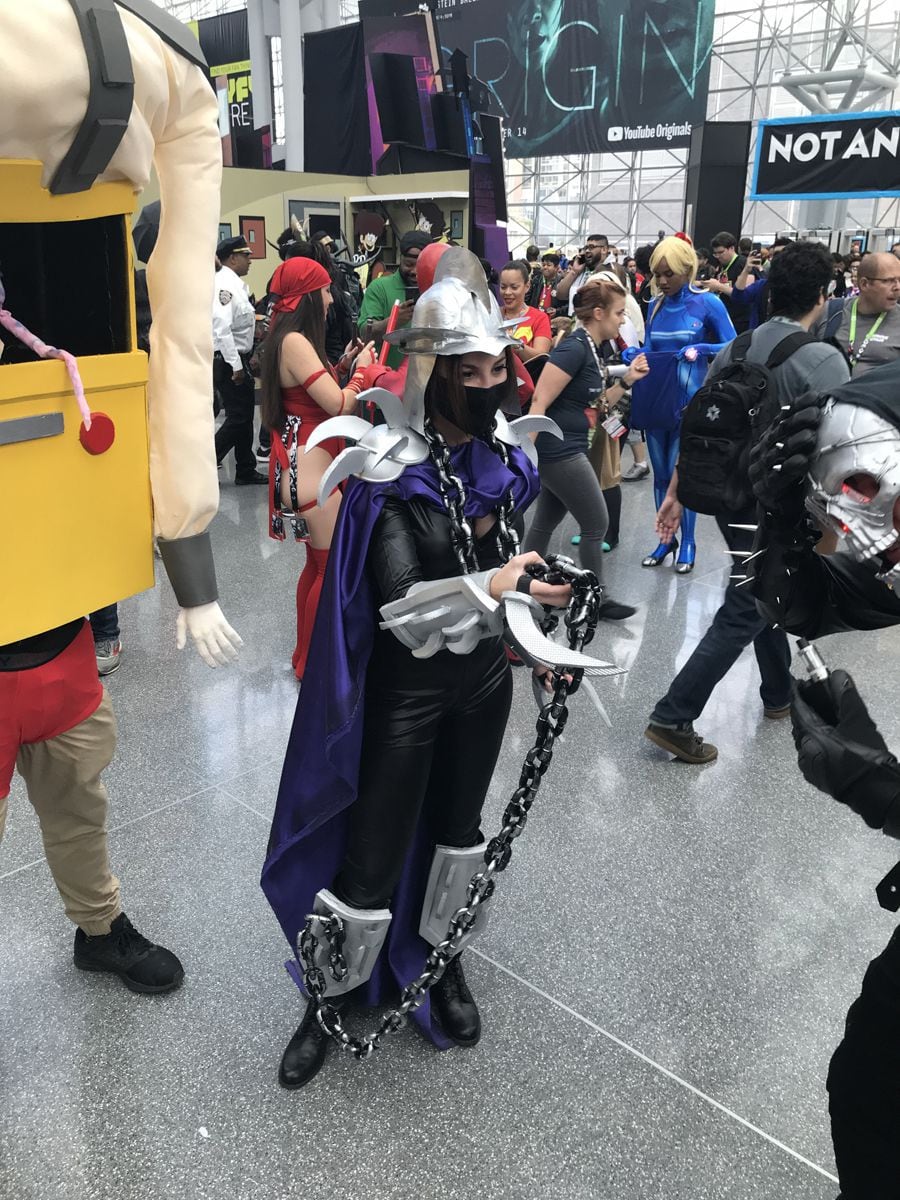 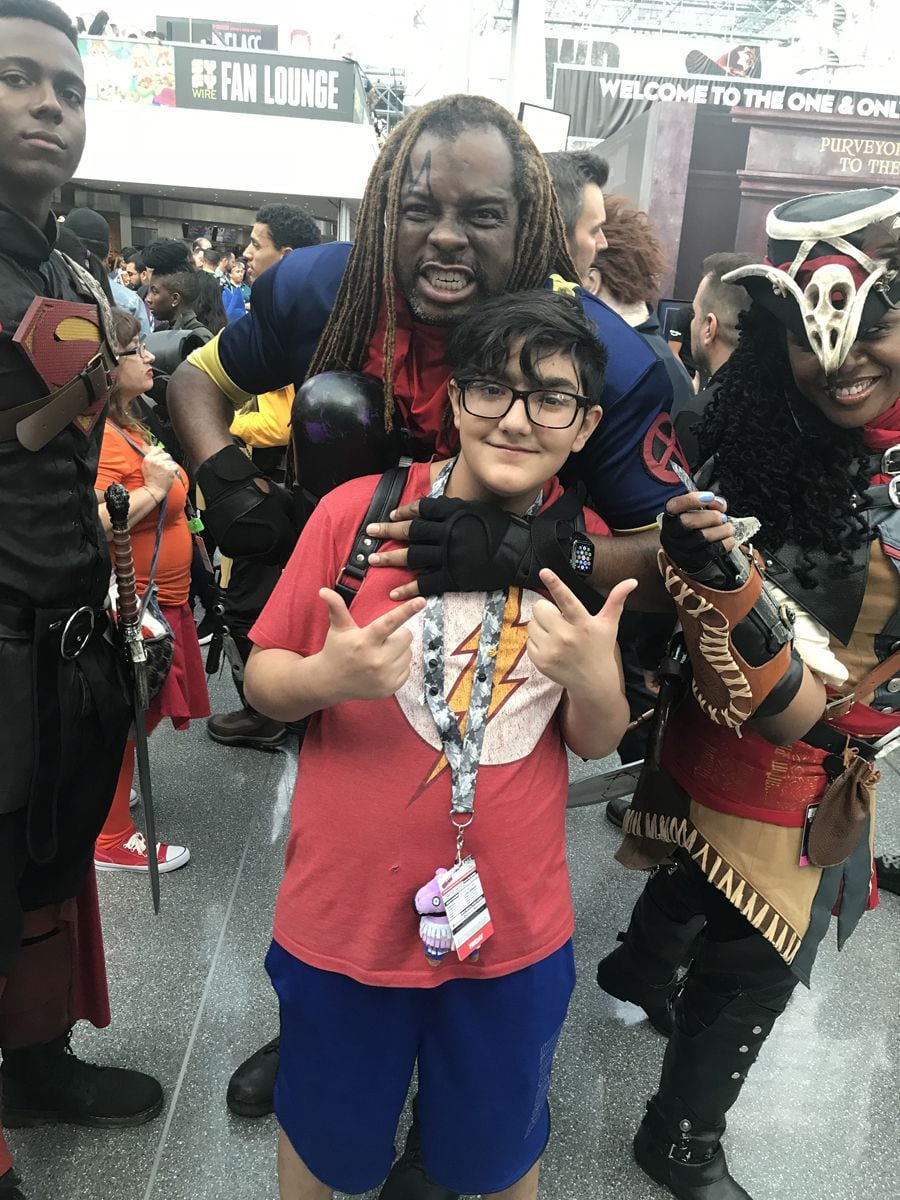 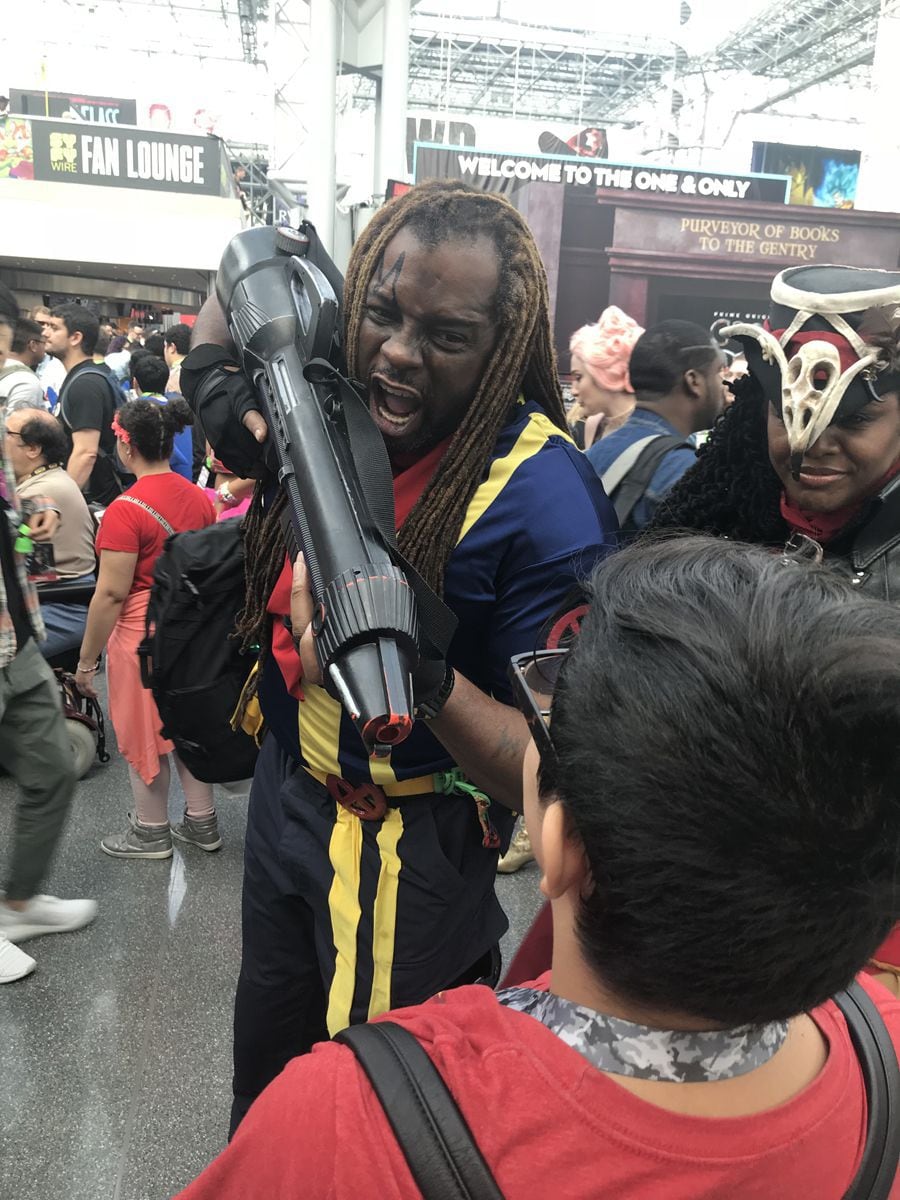 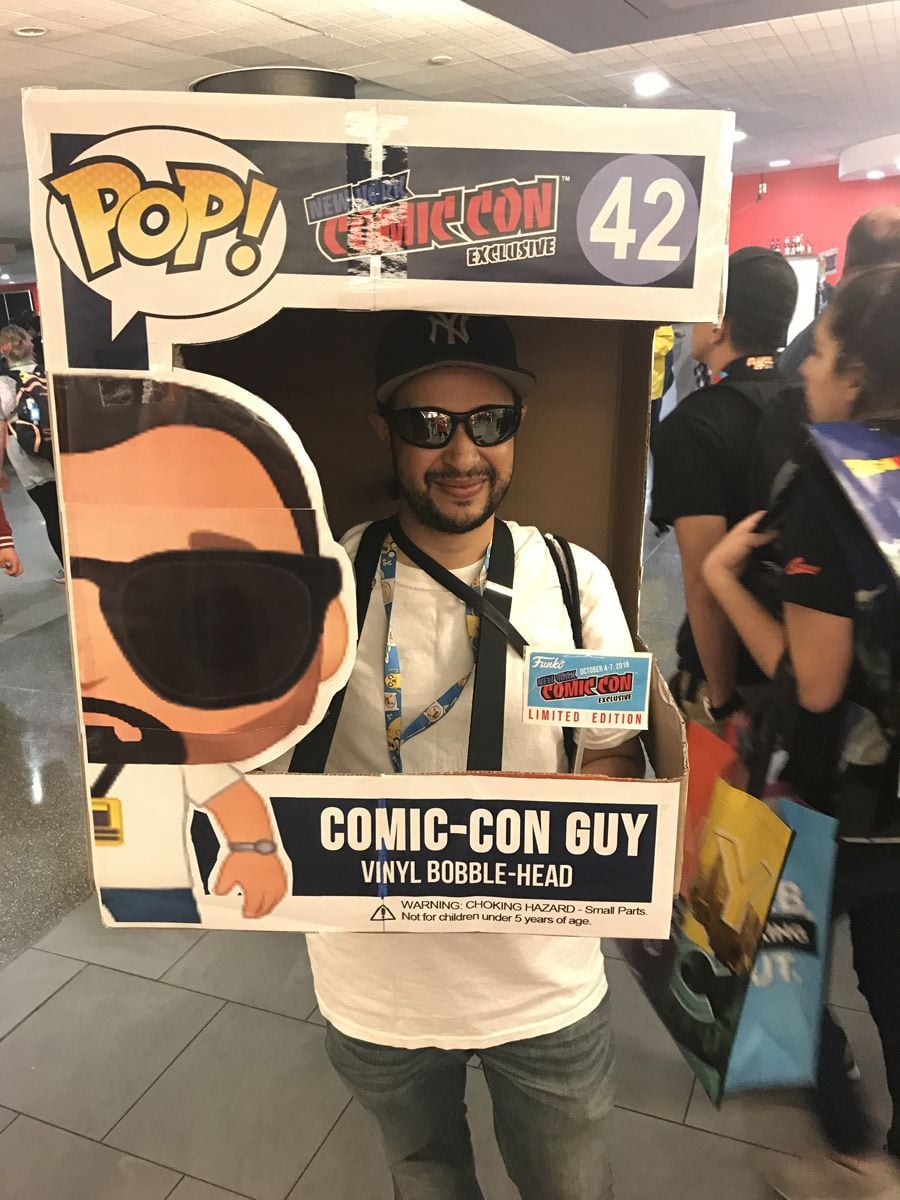 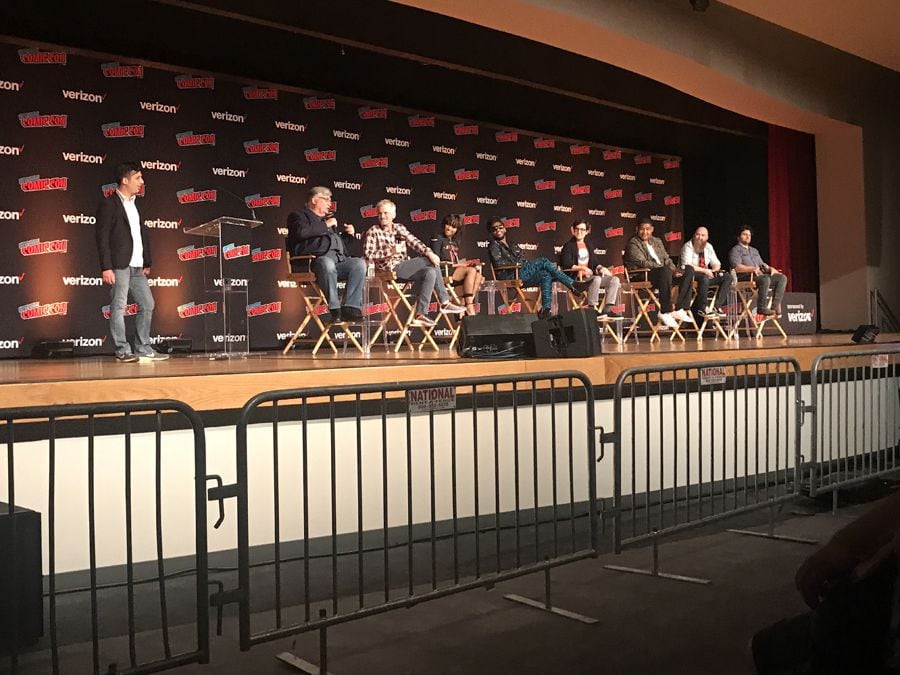