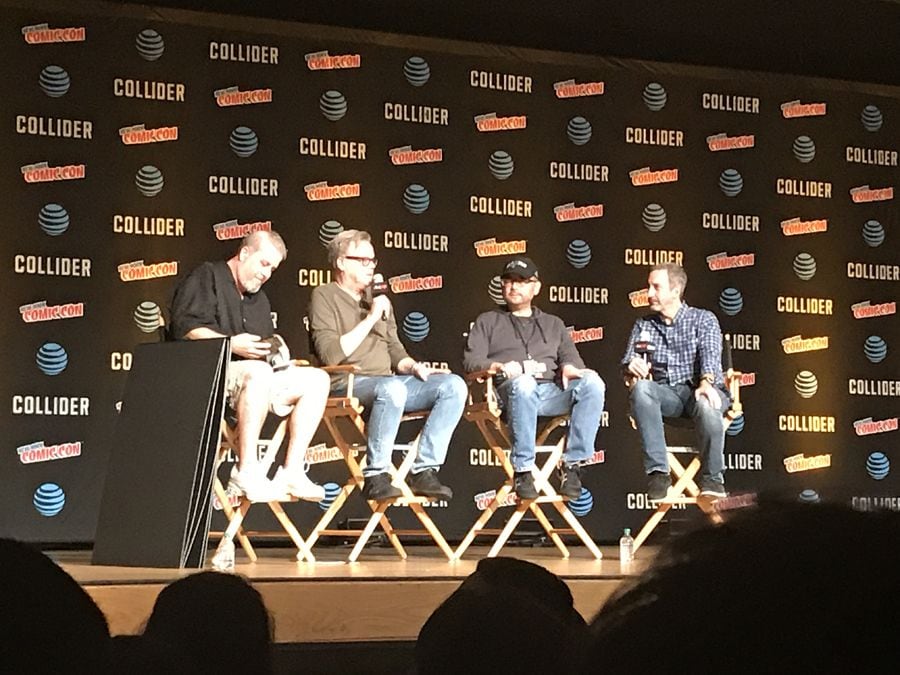 After a busy day and a full schedule on Thursday, my Friday schedule for the New York Comic Con was a little lighter. There was one thing that was of the utmost importance and a place that I needed to be at 10 AM sharp…the Funko booth!

Having won a spot in line to buy some exclusive Funko Pops, this was my first stop of the day considering I would need to line up as soon as the doors opened. Knowing the location of the Funko booth already, I managed to be the 10th person in line. I did have to fend off some vultures that gathered around the Funko line but also managed to help out some collectors looking for exclusives that I wasn’t going to purchase. I was most definitely not going to help out the vendors that want one of everything in order to resale them at their booth the same day for five times the price. I had already seen NYCC exclusives for sale at various booths throughout the convention the day before and this was before noon! I don’t resale and am strictly a collector and was early in line so I was glad to help out a few people wanting single Pops. 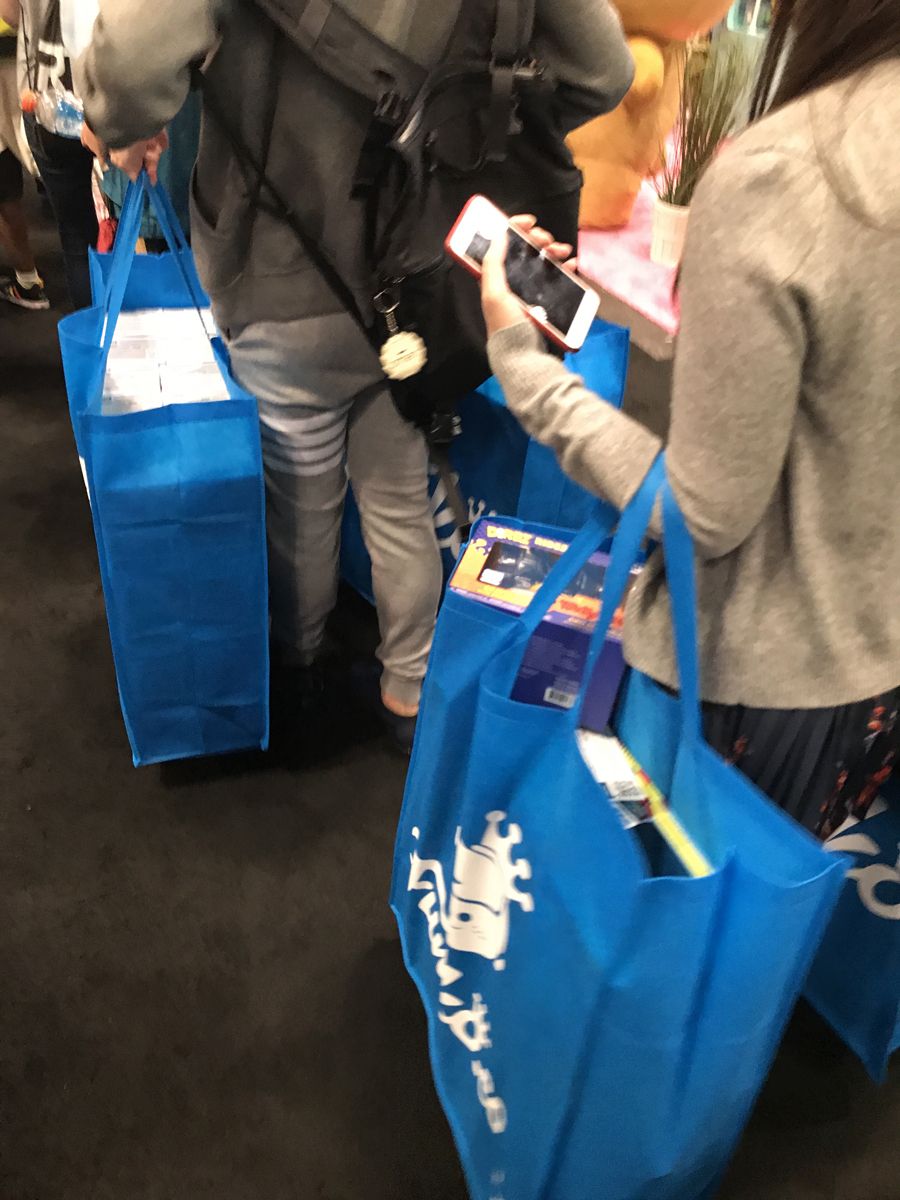 After picking up enough Funko Pops, I received a bag big enough to park my car in so that I could tote around my haul. Thankfully my friend needed to drop stuff off at the car parked close by so he took them off of my hands so that I could actually walk around the convention. For me the Funko line went smoothly and I was out of there in about 30 minutes. I had all morning and most of the afternoon to check out the convention before my second roundtable interview at 3 o’clock. We decided to do some shopping and I managed to pick up some cheap X-Men comics and possibly get them signed by the man that made the X-Men what they are today…Chris Claremont. I also managed to randomly bump into Bryan again in my travels on the convention floor. 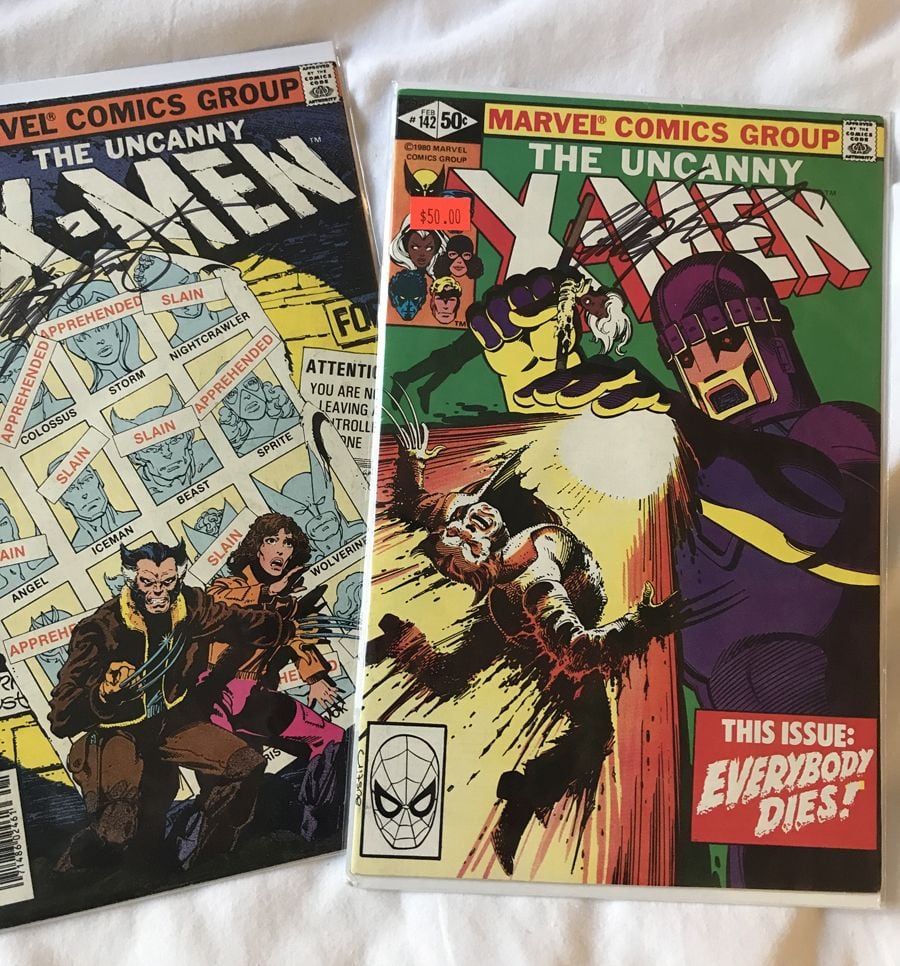 Next on my agenda was to get my load of comics that I brought with me signed. On my list of signatures wanted was Alex Maleev (Daredevil), Chris Claremont (X-Men), Ed McGuinness (Deadpool), Erica Henderson (Squirrel Girl), David Mack (Daredevil), Joe Quinones (Howard the Duck), Skottie Young (Rocket Raccoon/various variant covers for Marvel), Tim Sale (Daredevil) and Walt & Louise Simonson (Thor & X-Factor). To my surprise I managed to get most of the books signed that I wanted signed without waiting in extremely long lines. In fact, the longest line out of them all was for Skottie Young whose uniquely quirky and cute art style is liked among many a fan. I couldn’t find where the hell David Mack’s booth was located so I missed out on his signature. Tim Sale had weird times and too many rules and regulations for me to pay $5 a book to have signed when the crow flies east and the shadows form a keyhole. As for everyone else…most were pleasant to talk to and would gladly carry on a conversation. Others were dismissive when trying to talk to them even though no one else was at their booth and even after you purchase a print and thank them for their work. I even had one artist sigh in disgust when I asked them to sign some books. Those types of people turn me off from purchasing future books since they seem to forget that they’re at these conventions because fans like myself buy their books in the first place. At least pretend that it isn’t a convenience for you to put down your phone and sign a couple of books. 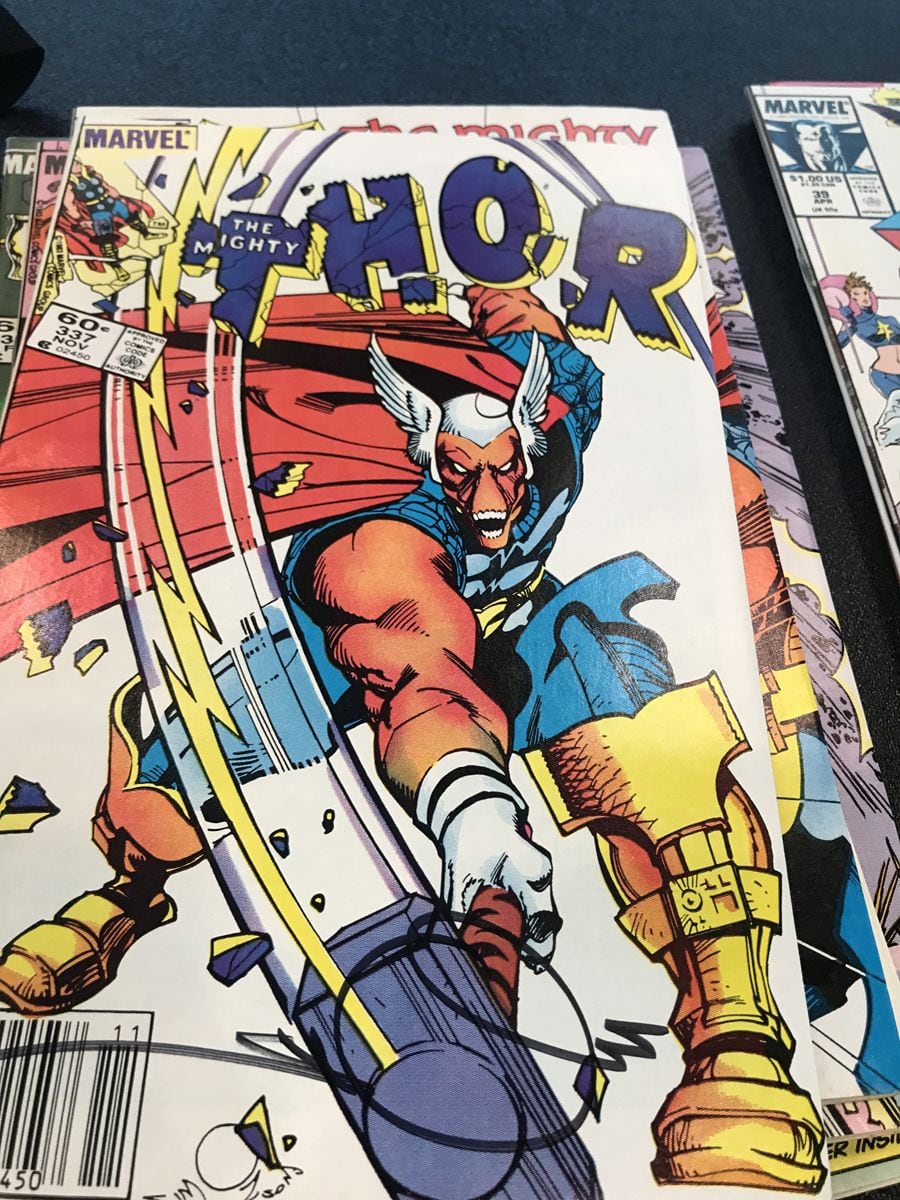 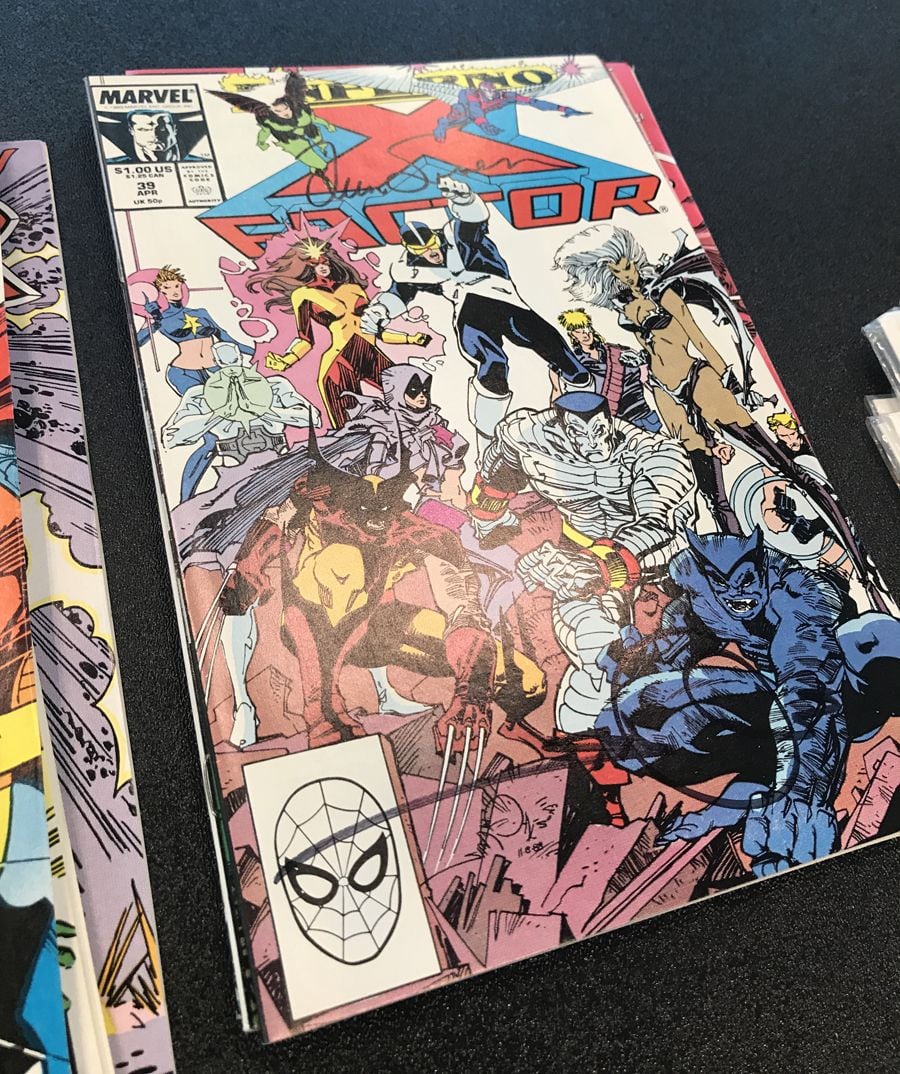 When I was done roaming Artist Alley and the vendor area, it was time once again to go to work. My roundtable interview this day was in regards to the upcoming DC animated movie “Gotham By Gaslight” which is based off an Elseworlds alternate timeline graphic novel about Batman vs Jack the Ripper, written by Brian Augustyn and illustrated by Hellboy creator Mike Mignola. Once again I would have the opportunity to interview talent from the world of DC animated including writer Jim Krieg, Director Sam Liu and producer Bruce Timm. 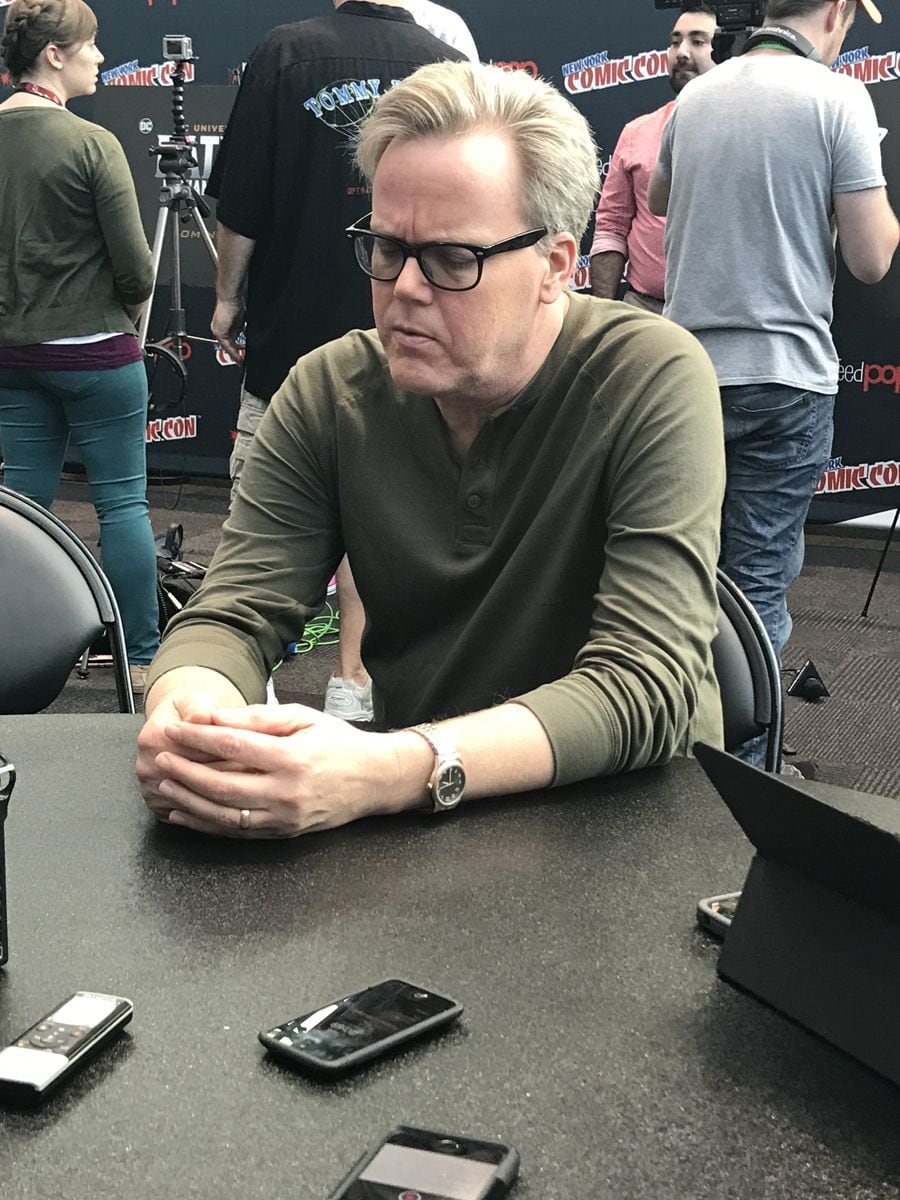 As was the case the day before, immediately following the interviews I was able to get reserved seating for the “Gotham By Gaslight” panel as they discussed the upcoming animated movie, revealed clips from it and talked about the myriad of possibilities regarding the Elseworlds line and possible storylines that could be turned into DC animated movies in the future. Once again they opened the floor to fan questions and commentary and included some signed posters for a few lucky fans.

The end of the “Gotham By Gaslight” panel was my final stop for this year’s convention. It was time to gather up all of our stuff and begin the 5 hour journey back to Pennsylvania. Having the opportunity for some insider press spots was definitely one of the coolest perks for writing for Readjunk so far. It was great to finally get to hang with the Readjunk crew for the first time in a long time even though it seems like we only managed to hang out for an instant.

I was able to pick up some extremely limited Lego and Funko exclusives to add to my collection, found some rare X-Men books and got them signed by the penultimate X-Men writer in Mr. Chris Claremont, realized that some comic book talent are dicks while others are genuine and down to earth, fought my way through way too many crowds of sweaty nerds and nerdettes, ate overpriced convention pretzels way too many times, enjoyed so many amazing costumes and creative mash ups of characters and overall…had a damn good time. I’ve been going to comic book conventions since I was just a wee lad way back in the early 90s and this year at the New York Comic Con was one of the best times that I’ve ever had convention-going. I’m excited as to what next year will have in store for me. 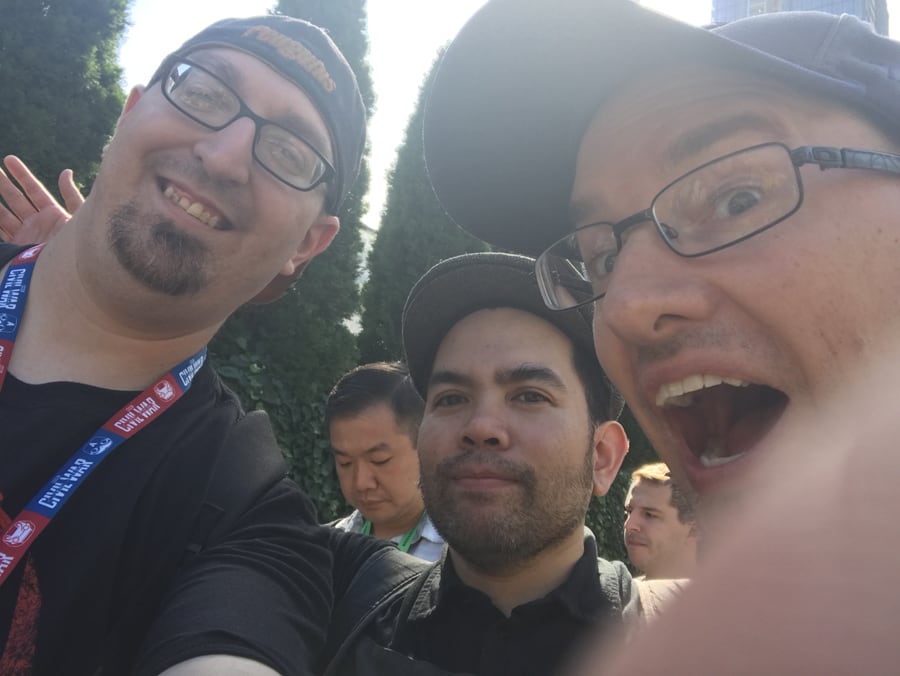 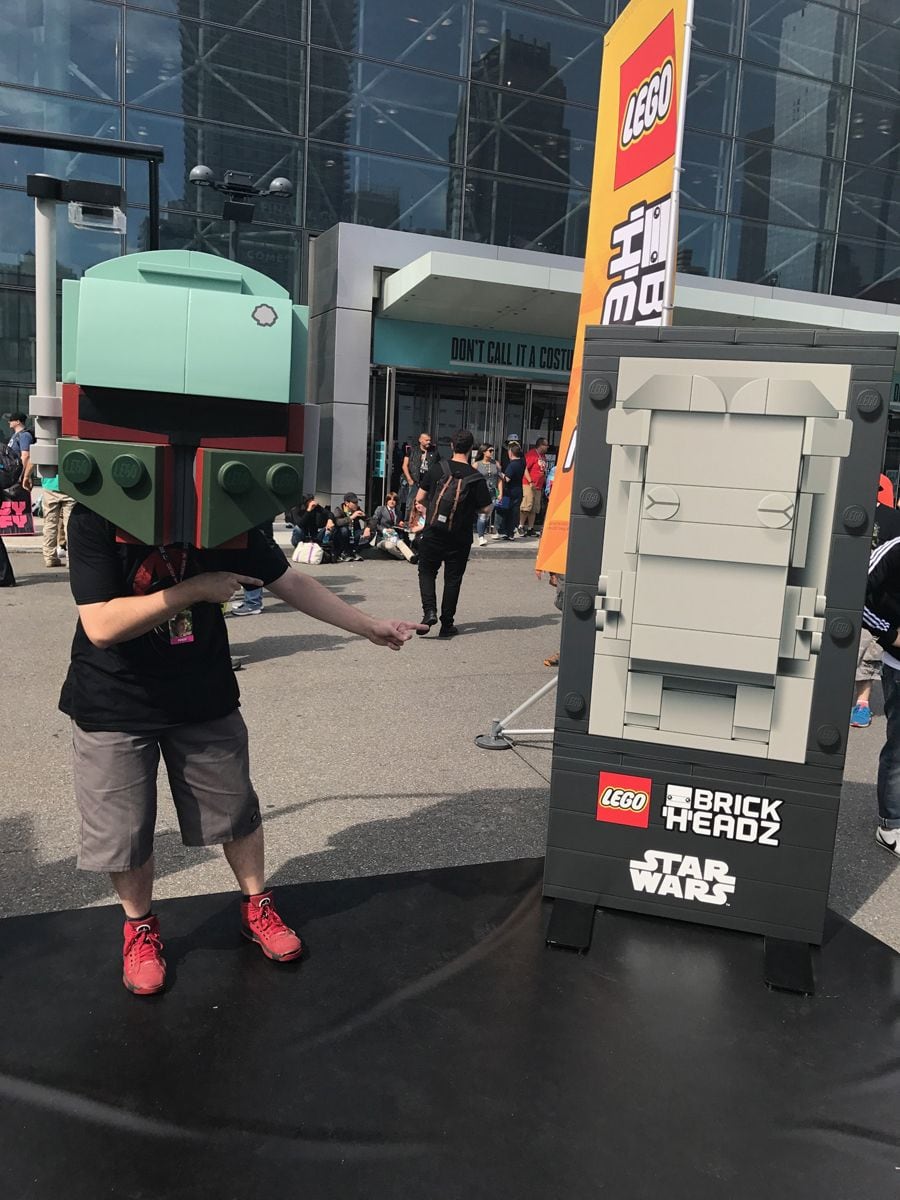 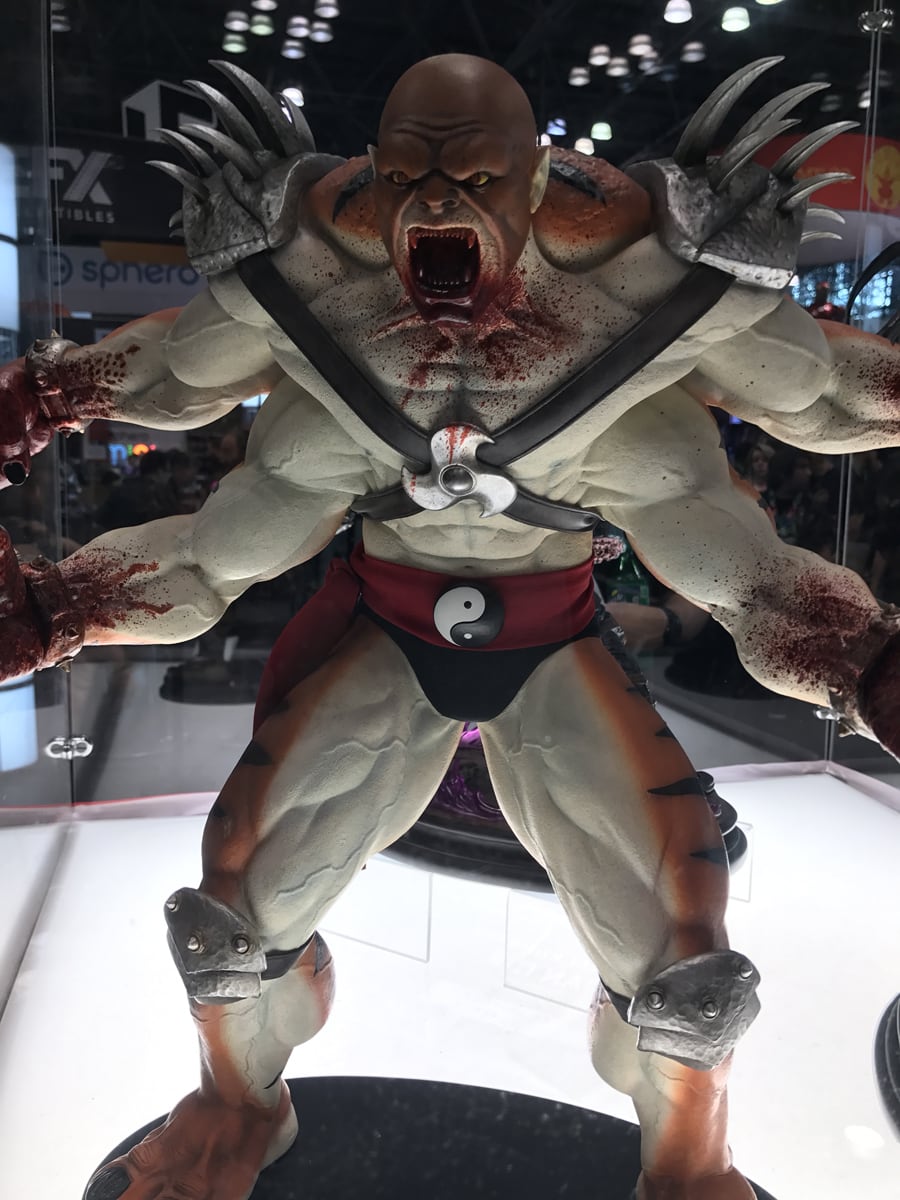 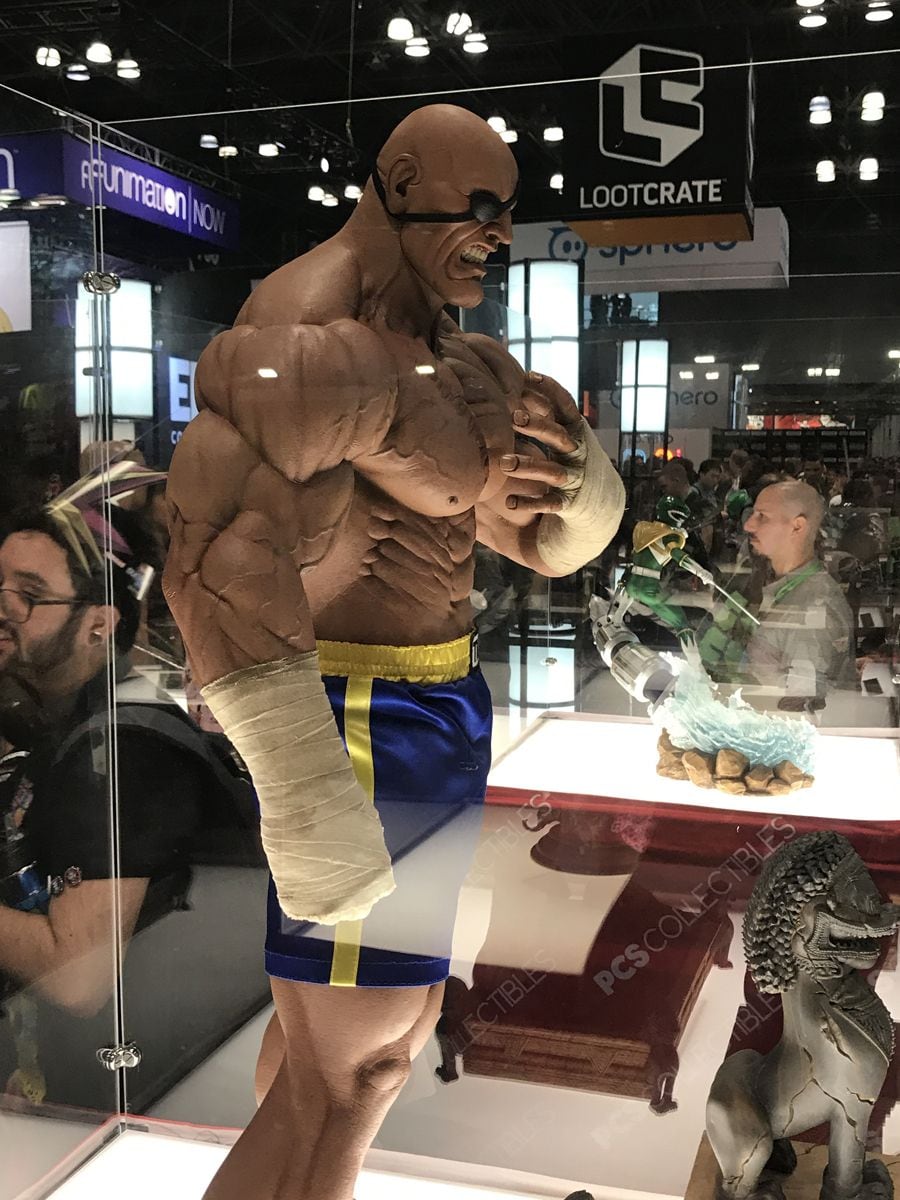 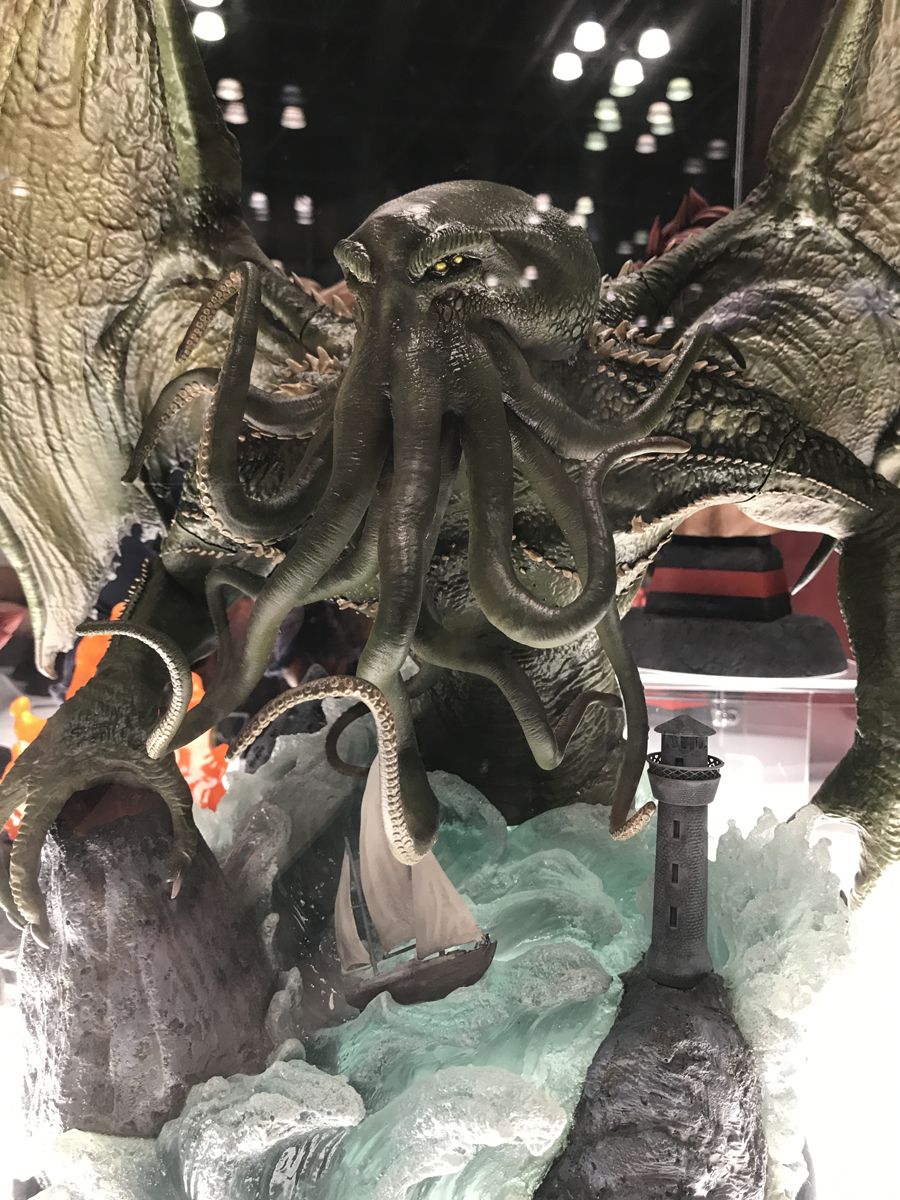 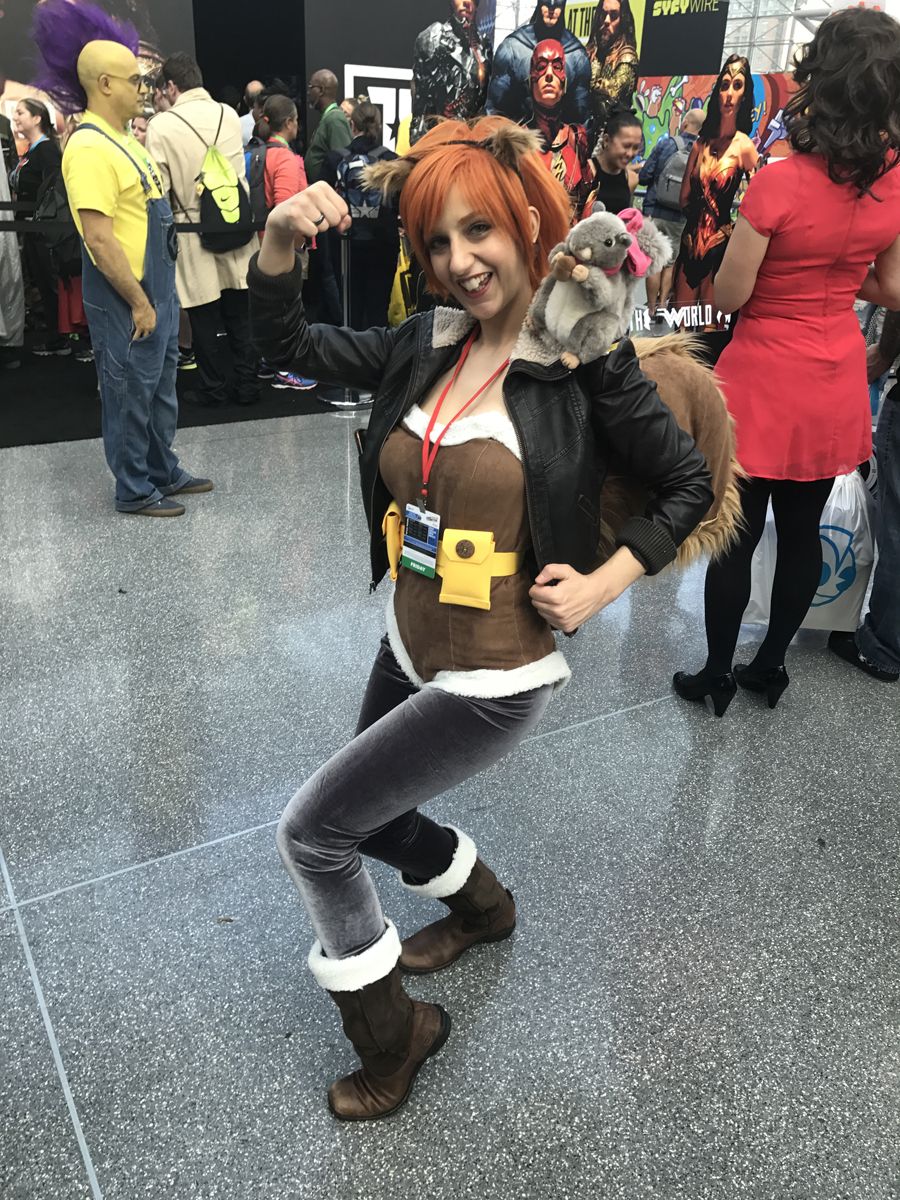 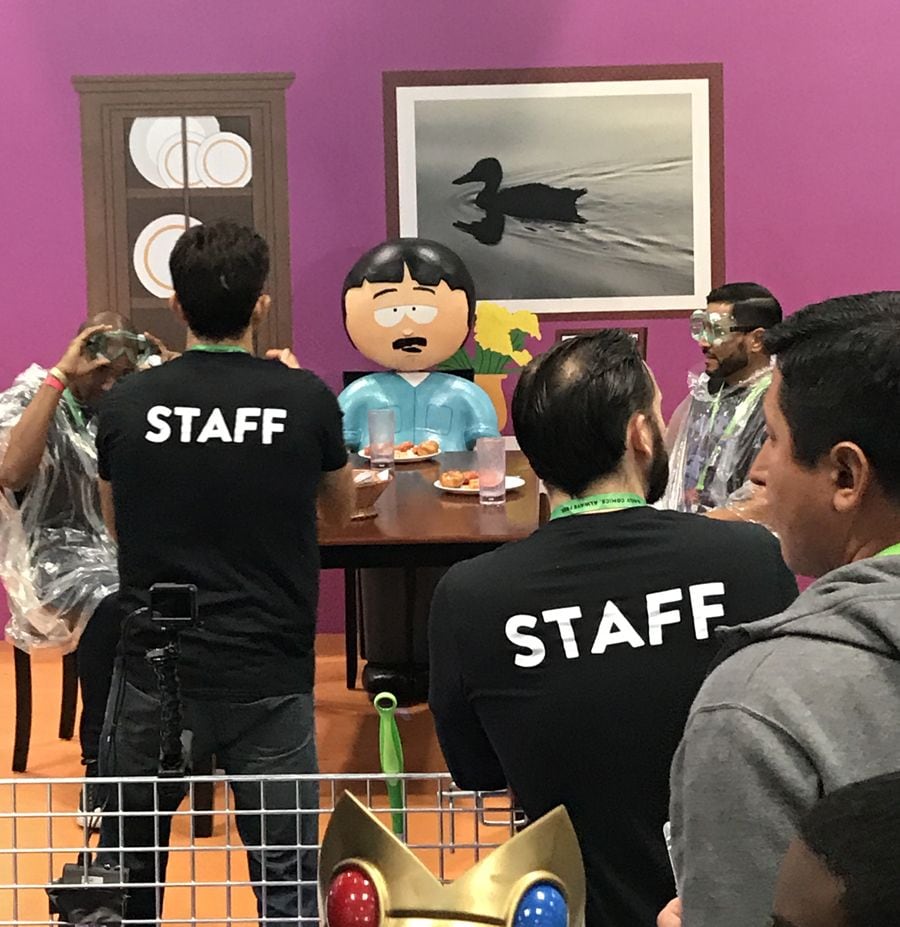 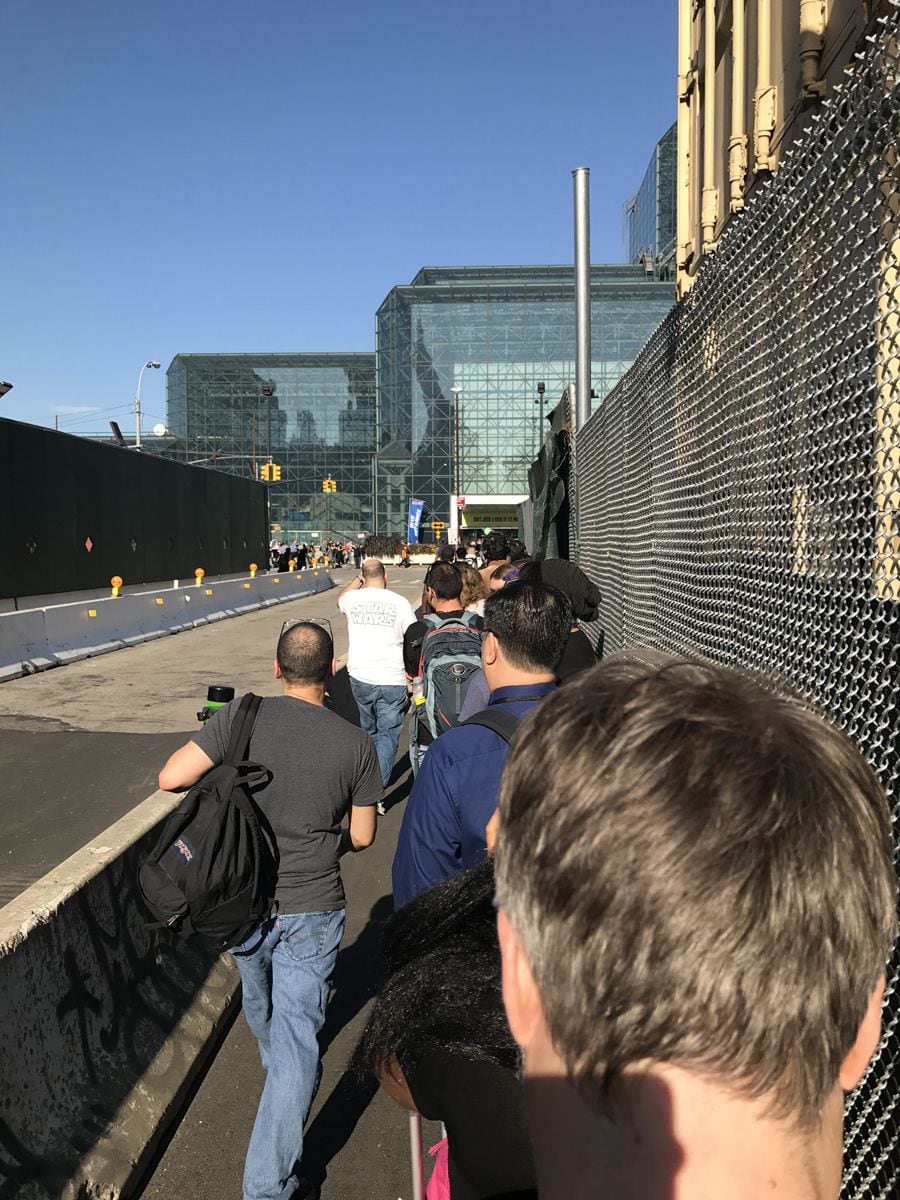