Oregon based swing and ska band, The Cherry Poppin Daddies, will release their latest album, Skaboy JFK this September. The Cherry Poppin Daddies reached international mainstream success with Zoot Suit Riot, their hit single and album of the same name, which helped popularize the neo-swing movement of the late 90’s. In promotion for the release, the band will be touring major cities such as Phoenix, Denver, Chicago, DC, and New York across the US this fall. Skaboy JFK is a collection of the band’s ska-centric songs. It is also their 2nd genre specific compilation which follows their all swing collection, Zoot Suit Riot. ReadJunk’s resident journalist, Ray Manuud delivers an insightful interview on music and it’s ever changing industry with singer, song writer, and founding member, Steve Perry.

By releasing your latest album, Skaboy JFK, which is catered to the ska listeners, do you hope to achieve the same jump start at popularity that the band received when you released your first genre specific compilation, Zoot Suit Riot, an album catered towards swing listeners?

No Not really. I do think that a genre specific album is easier for folks to deal with. I have no idea why. Its sort of a mystery to me as to why people get so hostile about records that mix genres radically. i guess no one does it and therefore it seems foreign and weird, but I feel like intrinsically its not that difficult to deal with. Skaboy is just one vibe all the way through, and people who are interested in that vibe might appreciate it.

With 21 years of performing and making music, The CPD musical range is quite broad. From its beginnings with funk and punk rock to the band’s embracement of swing music which elevated the band to mainstream popularity and often resulted in listeners commonly referring to you as a swing band, how exactly does the band itself describe its music?

We play most of our songs with horns I guess. As a rock band with horns. You know, Willy Deville of Mink DeVille died the other day and I just felt like his vision was similar to ours. He expressed himself in numerous different genres but his point of view was fiercely eclectic and Punk. I believe the early days of Punk and the New York downtown scene were like that: from Mink DeVille, Kid Creole and the Coconuts, Richard Hell, Klaus Nomi, the Dolls, Television, Patti Smith Group. I like all scene’s before they ossify into some form of exclusionary history written by some middle brow writer at Rolling Stone. Like poof the Ramones just appear out of nowhere… as if the Ramones weren’t deeply related to Slade and the Glitter bands with a touch of Sha Na Na’s schtick. The truth about bands is more interesting than the sanctioned history. There needs to be a “Peoples History of Rock”.

Do you find more acceptance as a swing band or less acceptance as the band that doesn’t play to the genre that brought you mainstream popularity?
We play swing music and enjoy it still. It’s just that that is not all we do. We don’t give a damn about any one style. We play what the audience seems to go for that night.

There was something about mid to late 90’s mainstream music in recreating or revisiting musical trends with a return of genres such as swing and ska music. Is renewing interest in such music what you are after? Do you think today’s current generation of young listeners are even ready to embrace swing or ska in the same way listeners did 10 years ago?
I think there had been a long period of samey rock music and the ska and swing moments were a brief change of pace that was threatening to the vested interests of testosterone. I think these genres seem a little light in the loafers to your average teen listener. I think something as gender equal as the rock and ska scenes are inevitably going to be marginalized. Personally I am attracted to and influenced by marginalized scenes.

How does the band categorize itself amongst ska and swing bands, two genres which are generally segregated into its own respective scenes?
I think we are held in suspicion by both the orthodox members of both scenes. There seems to be an odd desire to label us usurpers. It really doesn’t have anything to do with us. I am glad the scenes exist, but we don’t wanna fully embrace anything. We just want to play around in the sand box of musical styles.

The music industry has changed quite a bit in the last decade, it clearly is not the same playing field in regards to music sharing, digital music sales, and even promotion. It is safe to say that there will always be a demand for music but will there always be a demand to buy music? Somehow the answer to this question doesn’t seem so obvious.
I don’t know. I think people are cynical about the major labels manipulating tastes, and they should be. But I think it spills over into that generalized American entitlement that “I deserve everything free, cuz my Mom sez I am awesome”. Its hard to make records and pay for them right now if you are going to do with real musicians and not Garageband.

The next album is a ska album. How does your new material compare to CPD’s previous work on ska music?
Well it is a collection that contains some of our previous work so it compares exactly :-), but I would say that the new songs like Skaboy JFK and the new version of 2:29 stretch us out a little from the 3rd Waveness that a lot of our early stuff came out during.

Seems like the first decade of this century left it wide open for some serious reflection especially within punk, ska, and reggae, once again opening an outlet for socially aware music in the same way that bands such as The Specials and The Clash voiced real concerns for issues of their time. Are enough artists releasing socially conscious music today? Could this be a case of “better late than never” or maybe “we are not that kind of band” mentality?
I think there are a lot of bullshit socially conscious songs out there. I think the best way is through little stories and the small stuff… The Specials did that in spades. “Issues” and music strike me as romanticized BS.

You took up the nom de plume of MC Large Drink to draw distinction from former Journey front man Steve Perry. How about finally having a no holds barred, mano a mano boxing match between the two Steve Perry(s) to determine once and for all who is worthy of such a name? If it’s good for Vanilla Ice, right?
Steve has earned the right to be Steve Perry numero uno. I actually have grown to appreciate the show business anonymity of sharing the name of somebody more famous. Its like I stalk the shadows staring through the window on the large Christmas dinner from outside in the deep mist and upon the wet cobblestones of celebrity. I don’t really give a crap about those things. If I did I wouldn’t have chosen to stay in Eugene Oregon, all these years. I would be in LA fanning out my business cards with all the rest of the lick spittles down there. I think people like Kathy Griffin are funny, but celebrity stuff seems icky and desperate to me. I want to get better at being a human being and appreciating little family moments. I know that doesn’t sound particularly ass kicking, but there you go.

Do you ever get tempted, at least once, to cover a Journey song? Y’know, something for Steve Perry to give back to the fans.
I actually can’t stand covers or bands that do ’em. I always just think: write your own freakin’ songs, inchworm. If we do a cover, which is rare, we do it because we believe people won’t recognize it rather than will. I would want to draw attention to an artist that is historically out there on the cobblestones staring in at the Christmas dinner and perhaps doesn’t deserve to be.

Be sure to purchase Skaboy JFK and Susquehanna. Visit the band’s official website here. CPD will be playing BB Kings in NYC on November 15th, so be sure to check them out! 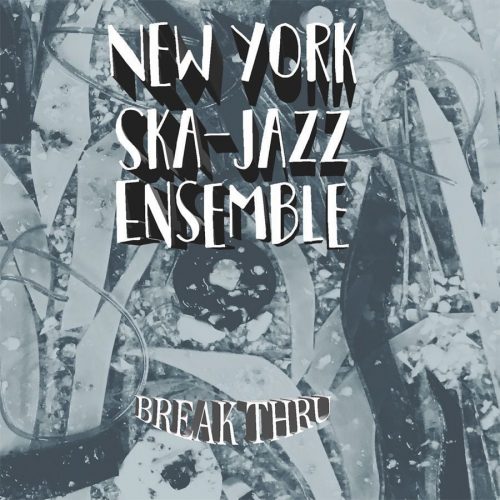