Sadly, The Aquabats Super Show is no longer on the air but that’s not gonna stop the superhero band from posting some new videos. They started doing a weekly Aquabats YouTube channel Vlog, unless this is some April Fools joke (if it is, they should do this anyway). MC Bat Commander talks about Guardians of the Galaxy comic book, toys and some other fun things. If the Aquabats get 200,000 subscribers, they will post a new music video too! joke or not, the video is worth watching AquaCadets!

Episode 1 of The Aquabats! Official Weekly Video Blog! Help us reach 20,000 subscribers on our YouTube channel and we’ll do a new music video for a new song!!!

In this Vlog, The MC Bat Commander discusses the new Video Blog, The Aquabats! tie to Guardians of the Galaxy and reviews a new Aquabats! toy! 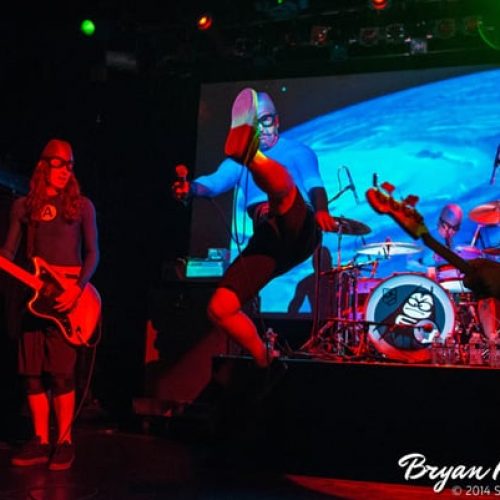 The Aquabats! Super Show! Season One! on DVD on May 21st