Eli “Paperboy” Reed newest album Nights Like This will be released on April 29th via Warner Bros Records. To celebrate the release, he will be playing at Studio at Webster Hall on March 22nd in NYC. He’s also going to be playing overseas in April and May. You can watch a lyric video of a new tune below, as well as see the rest of his tour dates.

Eli “Paperboy” Reed has announced an April 29th release date for his debut album on Warner Bros. Records entitled, NIGHTS LIKE THIS. To celebrate, Reed will present two upcoming “Nights Like This” events at The Prince Theatre in Philadelphia on March 20th and at The Studio at Webster Hall in New York City on March 22nd. Also, an extensive European tour in April and May that takes Reed through The UK, Ireland, Holland, Switzerland, Italy, France and Spain has just been announced. All dates are listed below.

The “Nights Like This” events feature a performance by Reed, who will give fans a taste of the songs that will be included on his upcoming album including the instant classic, “Nights Like This” which gives the event its name. All the shows feature great local bands, DJs and vendors of Reed’s choosing making “Nights Like This” a real night out on the town and not just a run-of-the-mill club show.

The Philly and Manhattan shows are the fourth and fifth “Nights Like This” events that Reed has hosted. The first two took place at Union Pool in Brooklyn, and the third in Reed’s Boston hometown at The Sinclair in Cambridge. All three shows were sold out.

The album Nights Like This, which Reed produced with his guitarist and longtime collaborator Ryan Spraker, represents a sonic evolution beyond the singer’s soulful roots, taking his affinity for classic R&B and blending it with the ebullience of modern pop music. The album features the teaser single “WooHoo” (watch the official lyric video here) as well as the current single, “Shock to the System” which was co-written with Michael Fitzpatrick of Fitz and the Tantrums. 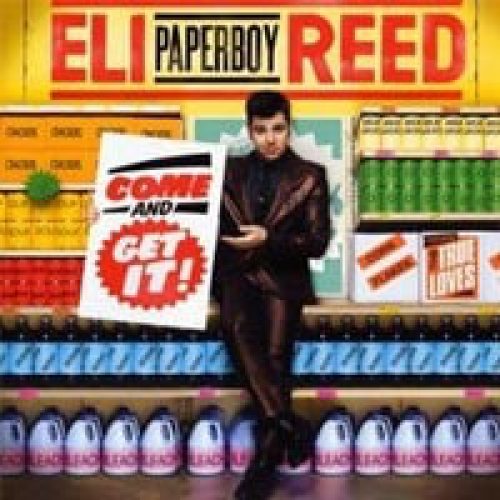