It’s clear that Fuse is what MTV should have been. Ya know, actually broadcasting news on music and showing shows that focus on music! The Warped Roadies show is entertaining except for the lame narration. Fuse is going to have a half hour news program called Fuse News. I doubt I’ll watch Fuse News but at least it’s there for people who want to want a news program dedicated to the music biz.

New York, NY (January 28, 2013) – Fuse, the national music television network of The Madison Square Garden Company, announced today the launch of Fuse News, a brand new flagship show that will report on the important stories in the world of music with insight, expertise and an unparalleled depth of coverage. The show will serve as the centerpiece of Fuse‟s largest initiative to date: the creation of a music news division in fall 2012, which is already providing round-the-clock coverage of the music industry across multiple platforms. As the only show on television dedicated solely to delivering informed, credible music news, Fuse News is set to become the go-to destination for anyone who listens to music.
The daily 30-minute show will be led by Fuse News anchors Alexa Chung and Matte Babel, who will work with senior contributing correspondents Jack Osbourne, Elaine Moran, and Liz Walaszczyk to provide today‟s most comprehensive coverage of the music industry. In addition to delivering the top news of the day, Fuse News will inform and educate viewers with an in-depth look at what makes up the increasingly complex world of music, including stories on the artists, industry and technology, with commentary from the Fuse News team and expert panelists. Music fans will have unique access to their favorite artists with in-studio guests, performances, and video premieres. Emmy Award-winners Rick Kaplan and Audrey Gruber are the senior executives behind the program.

Fuse News debuts surrounding the largest music event of the year, the 55th Annual GRAMMY® Awards, with multiple Fuse News specials.
– Wednesday, February 6 through Friday, February 8 at 8:00 p.m. EST, kicking off pre-GRAMMY coverage with three half-hour episodes, Fuse News will feature interviews with GRAMMY-nominated artists, and comprehensive coverage of the industry’s biggest night, making it “the” place to be for music fans.

the biggest GRAMMY moments and interviews with fans‟ favorite artists.

Rick Kaplan, producing consultant/senior executive producer of Fuse News, has won countless awards for his work in broadcast journalism, including 47 Emmys. With a career spanning over 40 years, Kaplan has worked for the biggest names in news including CBS, ABC, CNN and MSNBC. He developed Fuse‟s flagship music news program, and has appointed Emmy Award-winning producer Audrey Gruber to serve as senior executive/senior producer of the show. A 15-year veteran of the broadcast news industry, Gruber has worked for CBS, ABC and CNN, most recently serving as senior producer at CBS‟ The Early Show.

“I am thrilled to work with Fuse on such an important and defining program for the network. There are news shows that focus on sports, business and entertainment, but none that are committed to covering music,” said Rick Kaplan, producing consultant and senior executive producer, Fuse News. “With Fuse News, we want to throw open the window to the world of music, delivering in-depth reports on the people and events that shape this dynamic and ever-changing industry. We think there is a tremendous opportunity for Fuse News to fill a void and become the trusted, go-to destination for music fans.”

“The launch of our news initiative has solidified Fuse‟s position as a highly credible destination for everything music. Now, with the debut of the television program Fuse News, we are one step closer to realizing our vision of becoming the much needed „voice of record‟ in the music industry,” said Mike Bair, president, MSG Media. “This thorough, thoughtful dive into the world of music is a natural extension of what we already do and perfectly leverages our insider status as part of The Madison Square Garden Company, which gives Fuse unprecedented access to some of the best venues in the country and the artists who play them.”

The Fuse News television show is backed by a dedicated news division, which has been reliably breaking up-to-the-minute music news across Fuse‟s multiple platforms since fall 2012. On the television network, 24/7 on-screen tickers and information bars keep viewers up-to-date on the latest stories including artist announcements, tour dates, breaking music news and more. Music lovers are also able to access what‟s happening any time of day through Fuse‟s website (fuse.tv) and YouTube Channel (youtube.com/fuse), along with Fuse‟s other social media platforms including the Fuse Spotify app, Twitter feed and Facebook page.

Fuse is a national television network that provides a unique, multi-platform destination for music lovers, connecting fans with their favorite artists and delivering the most comprehensive coverage of the music industry today. Fuse News is the latest addition to the network‟s lineup of original series, all steeped in music, which includes Warped Roadies, an unscripted program that follows the crew charged with keeping the 2012 Warped Tour running; and the return of music and pop culture trivia show Funny or Die’s Billy on the Street. It also joins Top 20 Countdown; Trending 10; artist documentary series Popped; and music-themed comedy clip show Off Beat, featuring comedian Mike E. Winfield; in addition to live concerts, events and festival coverage.

About Fuse
Fuse, the national television network dedicated exclusively to music, brings viewers closer to their favorite artists and bands by featuring original series and specials, exclusive interviews, live concerts and video blocks – all rooted in the music experience. Celebrating the hit makers of today, familiar favorites and edgy newcomers, Fuse accommodates the wide ranging tastes and attitudes of its 18-34 year-old audience with compelling music programming on-air, on-line, on-demand, in HD and via mobile technologies. Fuse is a part of MSG Media, which includes television networks MSG, MSG Plus, MSG HD and MSG+ HD. MSG Media is a division of The Madison Square Garden Company (NASDAQ:MSG), along with MSG Sports and MSG Entertainment. MSG Sports includes the New York Knicks (NBA); the New York Rangers (NHL); the New York Liberty (WNBA); the Connecticut Whale (American Hockey League); and MSG Entertainment includes concerts and events at Radio City Music Hall, Madison Square Garden, the Theater at Madison Square Garden, the Wang Theatre in Boston, the Beacon Theatre, the legendary Chicago Theatre as well as the Forum in Inglewood, California and manages wholly-owned live entertainment properties including the Radio City Christmas Spectacular, starring the Rockettes. Additional information about Fuse can be found at www.fuse.tv. 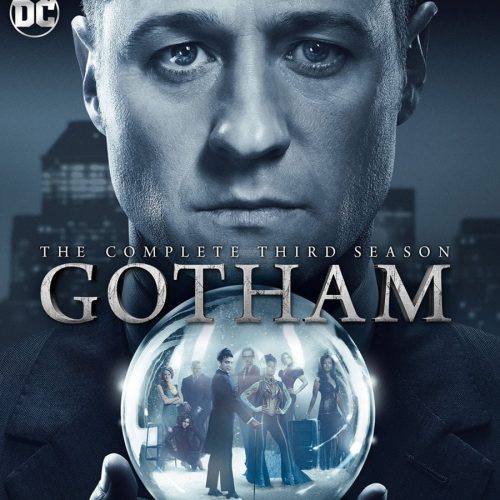