Hot on the heels of his sold-out Twin Cities residency and his Schuba’s residency in Chicago last month, Ike Reilly is taking his “Hard Luck Stories” on the road, with eight shows announced now and more to come. (See tour dates below.) As Minneapolis City Pages said in advance of the residency there: “…Reilly still stands out as one of the best rock ‘n’ roll musicians I’ve ever seen. Equal parts punk rocker, poet, and blue-collar barfly, Reilly’s stories are as bizarre and filthy and honest and pure as the people who come out to his shows. His songs reach out and grab people, shake them by the collars, make them jump up and down. …And here I am, another Minneapolis writer head over heels in love with Ike Reilly and painting him as some kind of punk rock prophet. Maybe, as they say, you had to be there. Or maybe you should see it for yourself.”

Kicking off the tour are two dates with Reilly pal, Shooter Jennings, in Chicago and Grand Rapids. This rare co-bill will showcase the two good friends, who will each play ferocious sets with their respective bands and join each other for a song or two. Reilly and Jennings’ duet, “The War On The Terror And The Drugs,” from Reilly’s new album “Hard Luck Stories,” is getting considerable airplay around the country, and you can hear Jennings sing Reilly’s song, “California Via Tennessee,” on the new Jennings recording “Black Ribbons.”

It has also been announced today that the Ike Reilly Assassination will be performing at Lollapalooza on August 8, 2010. In addition to the upcoming tour dates, Ike will be busy in the radio realm as well: he is scheduled to perform at the WXPN Non-Comm Conference on June 4, 2010. 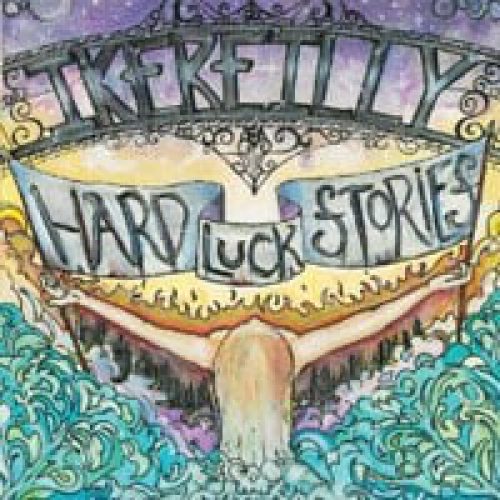