The latest Koo Koo Kanga Roo album that will be played in classrooms is coming out May 21st. No seriously, every week I hear their songs since my son is doing remote hell, I mean remote learning. At least I score some brownie points saying I met them and seen them live haha. Slow Cap is the name of the album and the goofy, dance party duo also collaborate with Lazerbeak, Murs, Mega Ran as well.


Here’s the press release info about the new album.

Koo Koo Kanga Roo is a dance party for the senses. For the last 12 years, lifelong friends and collaborators Bryan and Neil have toured the globe delighting fans with their high-energy music, infectious positivity, and interactive live show. They’ve amassed a huge, dedicated audience, with 1 million views on average for their music videos, as well as partnering with GoNoodle and UNICEF to get Koo Koo dance videos onto the school screens of 30+ million kids, to keep them moving and healthy. Their songs are universally appealing, with sly lyrics that will appeal to grown up fans of the Beastie Boys and They Might Be Giants.

Of course, the global pandemic of 2020 threatened to put an end to the carefree fun that had come to define the band, but instead of putting the group on pause or looking for office jobs, Bryan and Neil doubled down and created their most triumphant and expansive album yet, “Slow Clap,” out May 21. Legendary Minneapolis producer Lazerbeak (Lizzo, Doomtree Collective, Trampled By Turtles) was brought in to craft the bombastic beats that would create the foundation of the project. Together Bryan, Neil, and Beak set out to redefine the rules of what a “kids band” can sound like. With a friendship already built from their strong Twin Cities ties, the trio spent their lockdown sharing files and ideas remotely, determined to take on the heaviness of the year and create something they could hang their hopes on.

Slow Clap is the culmination of that year of writing and recording. These are eleven meticulously crafted songs, each meant to be sung at the top of your lungs. Lazerbeak’s signature blend of hip-hop nostalgia, pulsing bass, and monstrous drums provide the backdrop for Bryan and Neil’s rapid-paced rhymes and catchy-as-all-heck hooks, all while showcasing some of the fellas’ most creative subject matter to date. “200 Worms” name checks the actual worms that live in Bryan’s backyard compost bin, while the breakneck speed of “Putt Putt Butt Butt” might just convince you to dance your way through that next game of mini golf. And then there’s the honey anthem “Sticky Icky,” which manages to sincerely big-up all of the hard-working beekeepers of the world over throwback drum breaks and bellowing horn stabs. The guys brought their rap friends along for the ride too. Murs pops up on the summer anthem “Ice Cold Lemonade,” Doomtree’s Sims tags in for the slip-n-slide ode “Backyard Swimsuit,” and Mega Ran tiptoes through a show-stealing verse on “Sneakin’ Downstairs.” If it sounds like everyone is having a total blast, it’s because they are.

The pre-order is in progress and true to form, the guys came up with some creative premium merch. Among other things, fans can score a Zoom call with Lazerbeak and the band, pillowcases, jigsaw puzzles and much more.

With summer in their sights and a steadfast commitment to search out joy in even the most daunting circumstances, Koo Koo Kanga Roo are ready to plug in the speakers, flip on the strobe lights, and bring their unique style of inclusive dance party to your doorstep once again. Slow Clap is a testament to the friendship, trust, and fun-loving ideals that Bryan and Neil have been building upon for more than a decade — and it’s guaranteed to make you move your butt. 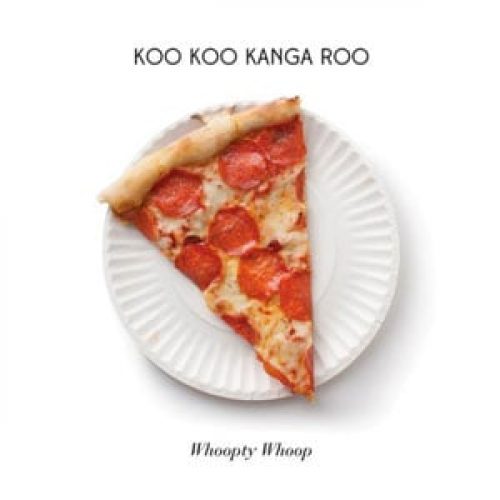