Soul/funk legend Maurice White of Earth, Wind and Fire has passed away at the age of 74. White was battling Parkinson’s disease since 1992 and hasn’t performed with the band since 1994. It’s sad he’s gone but at least he’s not suffering from the disease anymore. I saw Earth, Wind and Fire about 5 or 6 years ago and it was a great show, but just wasn’t the same without Maurice. I’ll be listening to EWF for the rest of the evening…

Earth, Wind and Fire vocalist and co-founder Maurice White died in his sleep in Los Angeles on Wednesday evening. A rep for the band confirmed his passing to Rolling Stone. He was 74.

The singer had been battling Parkinson’s disease since 1992, according to TMZ. His health had reportedly deteriorated in recent months. Because of the disease, he had not toured with the pioneering soul and R&B group since 1994. He nevertheless remained active on the business side of the group.

“My brother, hero and best friend Maurice White passed away peacefully last night in his sleep,” White’s brother and bandmate Verdine wrote in a statement. “While the world has lost another great musician and legend, our family asks that our privacy is respected as we start what will be a very difficult and life changing transition in our lives. Thank you for your prayers and well wishes.”
[Rolling Stone] 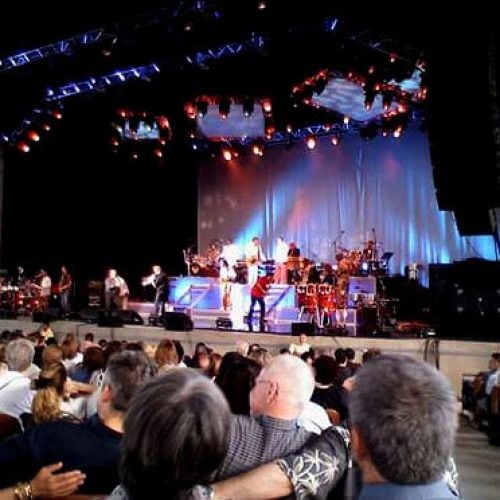