The Flatliners will be releasing their 4th album called Dead Language on September 17th via Fat Wreck Chords. The band are playing a buttload of tour dates, which you can see down below.

On September 17th, we’ll be releasing Dead Language, the fourth studio album from our favorite Torontonians, THE FLATLINERS. Dead Language is the follow-up record to the band’s acclaimed 2010 album Cavalcade. Recorded by long-time producer Steve Rizun, Dead Language is the band’s most personal and invigorating record to date. The album features 13 new tracks filled with intelligent songwriting, arena-sized choruses, big guitars and a distinct musical fluidity that comes from playing together as a band for over 10 years.

Vocalist Chris Cresswell had this to say, “Dead Language is the culmination of 10 years of hard work – our first album in 3 years and our 4th overall. We were finally able to capture our sound and energy as a touring band on record, having recorded the majority of these songs live off the floor. This was easily the most fun we’ve ever had recording and I think that comes through in these songs.” Known for putting on a killer live show, THE FLATLINERS will bring their “perfect concoction of break-neck guitar rhythms, complementary solos, sing-along lyrics and danceable interludes” to a slew of cities over the next few months. 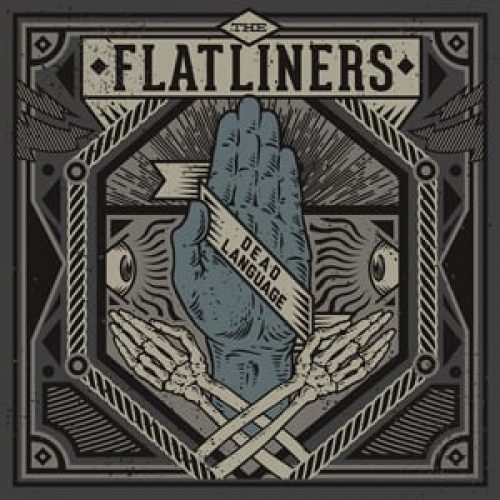