The fourth annual Rock To Roll charity event spearheaded by SideOneDummy Co-Founder Joe Sib is happening this year at Slim’s in San Francisco, CA on Thursday December 3, 2009. The event will directly benefit the non-profit organization UCP Wheels For Humanity. Headlining the event this year is NOFX. The night will also feature performances from Wax, Dead to Me and Nathen Maxwell & The Original Bunny Gang.

It is estimated that more than 100 million children and adults worldwide need wheelchairs and do not have them either due to lack of access, lack of money, or both. Their lack of mobility stems from accidents, birth defects, war injuries, debilitating diseases, aging, natural disasters and land mines. To address this need, UCP Wheels For Humanity begins with volunteers collecting over 230,000 pounds of discarded wheelchairs and wheelchair parts each year from around the U.S. Since a wheelchair in a developing country is an unimaginable luxury, Therapeutic seating specialists then deliver and individually fit the wheelchairs to disadvantaged children and adults free of charge. Since 1996, UCP Wheels For Humanity has helped over 44,000 children and adults living in the poorest of conditions, in developing countries such as Zimbabwe, Vietnam, Ukraine, Mexico, Mongolia, and many others.

Last year, the Rock To Roll benefit concert at The Key Club in Hollywood, CA raised $38,000 for UCP Wheels For Humanity. Combined Rock To Roll fund raising efforts have raised over $87,000 since the annual event began in 2006. The average wheelchair costs $150 to refurbish, which means Rock To Roll has directly improved the lives of roughly 580 individuals in need. This is the first year the event will take place in San Francisco. Tickets go on sale Saturday, November 7. They are available in person at Slim’s (333 11th St.) & Great American Music Hall (859 O’Farrell St.) box offices, online at www.slimstickets.com, or charge by phone at (888) 233-0449 & via fax (downloadable fax form available online at www.slims-sf.com)

NOFX released their 12th studio album Coaster earlier this year on singer Fat Mike’s own Fat Wreck Chords label. Rock To Roll founder Joe Sib fronts recently re-formed 90’s punk band Wax; this will bring the band full-circle as Slim’s was host to the band’s last show before disbanding in 1996. Wax recently played the Riot Fest in Chicago and opened for Weezer in Hollywood. Dead to ME will release their second full-length album entitled African Elephants via Fat Wreck Chords on November 9. Nathen Maxwell & The Original Bunny Gang, the side project of Flogging Molly bassist Nathen Maxwell, released White Rabbit on Side One Dummy Records in August of 2009.

An online auction will also be set up to raise additional funds for UCP Wheels For Humanity. Donated items include autographed memorabilia from several bands including Blink 182, Flogging Molly, Thrice, The Bouncing Souls, Chuck Ragan, The Gaslight Anthem and many more, as well as a prize pack from Innes Clothing. More information regarding the charity auction will be available soon.

To volunteer, support, and learn more about UCP Wheels, go to their website at www.ucpwfh.org 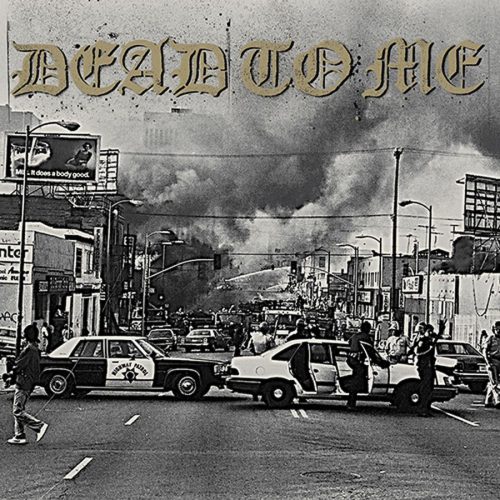