Side One Dummy are releasing an album that I think I’m going to love! Brothers of Brazil is a Bossa nova/samba rock duo with punk tendencies and sort of reminds me of Gogol Bordello’s last album or Manu Chao. The album will be coming out on the label on July 26th and you can listen to some tracks of the band on their official website. I have a feeling Brothers of Brazil will be a hit in the USA!

It’s probably safe to say that you’ve never heard anything like Brothers Of Brazil before. For the past three years the brotherly duo of Supla and Joäo have been making some of the most original songs around by combining elements of traditional Brazilian music such as Bossa nova and samba with rock and funk to create a unique sound that’s won over countless fans in the band’s home base of South America-and now they’re finally ready to expand worldwide with the release of their self-titled album.

The duo was started when the brothers got a job hosting their own national variety show in Brazil called Brothers on Rede TV. It was then they realized that when they collaborated the results were beyond what they had ever imagined.

After the TV show ran its course the duo decided to pursue their newly found realization and start Brothers Of Brazil. Their debut album was produced by Mario Caldato, Jr. (Beastie Boys, Tone Loc).

Brothers of Brazil is set for release on SideOneDummy on July 26, 2011. The band will be doing a series of shows in California in June and will soon be announcing a residency in New York in July.

From the instantly catchy samba sound of “Samba Around The Clock” to the rockabilly vibe of “Paparazzi” Brothers Of Brazil is an album that takes the band’s diverse group of influences and juxtaposes them into a very listenable brand of music that has as much emphasis on storytelling as it does songwriting. “We’re both into rock and Brazilian music so Brothers Of Brazil is very about that mix,” explains Joäo.

The Brothers have already played huge festivals such as Planeta Terra and the SWU Music + Arts Festival as well as Rock In Rio in Portugal and now couldn’t be more excited about finally having a worldwide release for Brothers Of Brazil.

HERE ARE THE DATES :

The Brothers of Brazil touring with Adam Ant 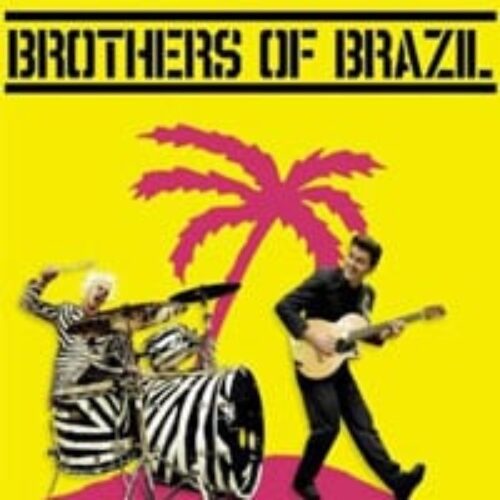