In 2004, The Ska Is Dead Tour was created to help reinvigorate a genre and a scene that was much loved by its fans, but often dismissed by the mainstream media. The first tour brought together bands on the forefront of the genre (Big D, Catch 22, Mustard Plug, The Planet Smashers), and proved that ska was very much still alive.

Since that initial spark, Ska is Dead has organized hundreds of shows in North America, Europe, and Australia, involving some of the best bands in the genre, (Streetlight Manifesto, Voodoo Glow Skulls, Bomb the Music Industry, The Toasters, etc.) Ska is Dead has gone on to release a CD compilation on Asian Man records, a 7” record series and co-sponsored the East Coast “Ska Massive” and “Skanksgiving” events.

In 2011 The Ska is Dead tour continues this tradition by sponsoring the Young Guns 2011 Tour. The Young Guns tour spotlights the best of the new generation of bands including Detroit’s We Are the Union and New York City’s The Forthrights and will be teaming up on select dates with the best up and coming bands in the American scene, including Nashville’s Stuck Lucky (4/15-4/22), Boston’s Brunt of It (4/23-4/28), NYC’s The Fad (4/19-4/27), and Indiana’s Green Room Rockers (4/13 & 5/1) among others.

Brunt of It, Green Room Rockers, ska, Ska is Dead, Stuck Lucky, The Fad, the Forthrights, The Young Guns Tour 2011, tour dates, We Are the Union 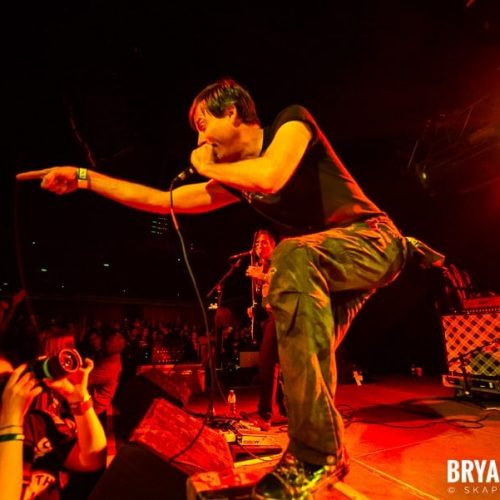