Cali punk band band The Bombpops have premiered a new music video today, but they also announced they will be releasing a new album on March 13th. Death In Venice Beach, their second full-length, will be released via Fat Wreck and you can watch or listen to their new single “Notre Dame. on streaming sites. The band will be touring in support of the new album on the Midwest and East Coast including March 29th in Asbury Park and in Brooklyn on April 4th (more dates below).

The music video for “Notre Dame” is an ode to David Lynch’s Mulholland Drive, and explores the dark side of Los Angeles. Guitarist/vocalist, Jen Razavi had the following to share about thegenesis of the song:

I’ve always loved the idea of souls being here together in past lives and the notion that space and time have never really mattered. I saw Notre Dame in flames on the news and immediately sat down to write a song. It was the exact imagery I needed to convey a theme I had been exploring about knowing someone so deeply before ever meeting them. A centuries-old cathedral in flames became a perfect representation. 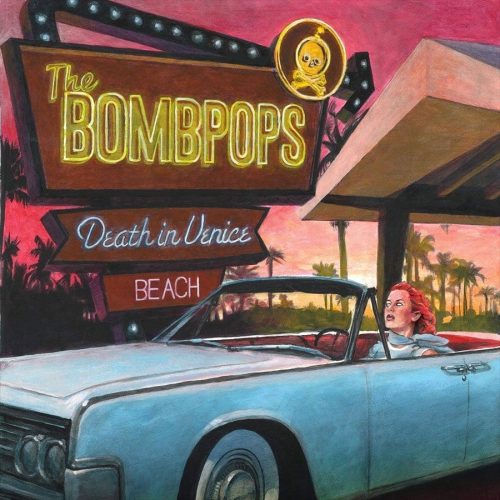 The Bombpops – “Death in Venice Beach”