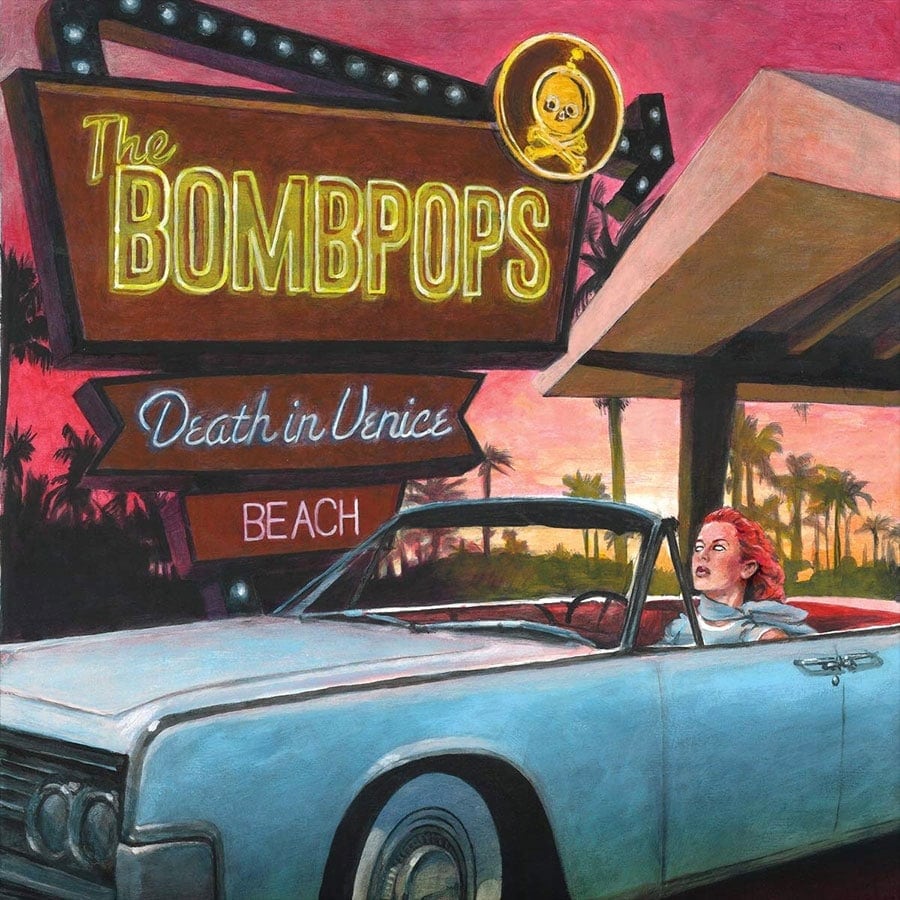 Since it’s the beginning of The Walking Dead outside, how about an album review?! It’s rare these days for me to write up album reviews. The band or album has to be pretty damn good to motivate my lazy ass to write some words about their latest release. The Bombpops’ Death in Venice Beach, their second full-length album, is one of those times where I want to write about it.


I started to listen to the Bombpops frequently when they released their last EP Dear Beer in 2018 so I’m a fairly new fan. I love the dual vocals of Jen and Poli and how much they compliment each other. The harmonies on these songs sound incredible! Plus, the songs are just so damn catchy. You can tell right from the start with “Dearly Departed,” you’re going to get an awesome, melodic pop punk album that you’re going to be playing a lot this year.

The lyrics feel a little darker this time, and I guess when you get a little bit older, shit happens. “Sometimes life deals you a shitty hand.” Ain’t that the truth! Poli had a potentially life-threatening diabetic seizure on tour in 2018 and also has been dealing with alcoholism. As someone who has had a seizure for the first time back in November 2019 (not diabetic-related), it’s fucking scary and I definitely feel for her. She sings all about it in one of their singles “Double Arrows Down.” It also happens to be the best song on the album as well.

“Can’t Come Clean” is another song that stands out, just from the audio that starts the song off. Sounds like the band yelling at each other, most likely from alcohol I’m assuming? Not only that, it’s just a catchy song. I think the Bombpops are one of the best female-fronted punk bands playing today but they are just a great punk rock band in general. Don’t want to pigeonhole them into just (female-fronted band) but I can’t think of another female-fronted punk band that sounds as good as them right now. Their music is rockin’ and the songs make you want to hit repeat and listen to them over and over. The first half of the album I liked better than the second half but there was still some killer songs on there like “In the Doghouse,” “13 Stories Down” and “Southbound Stranger.”

If you liked their previous material, you’re going to love this one! Check them out on Spotify, buy this album and their other albums, see them on tour when it’s safe to step outside again.

Bottom Line: Sure, it’s only March but still – Death in Venice Beach is definitely one of my favorites of 2020!
Notable Tracks: Dearly Departed, Double Arrows Down, Notre Dame, Can’t Come Clean, In the Doghouse, 13 Stories Down
Overall Rating: