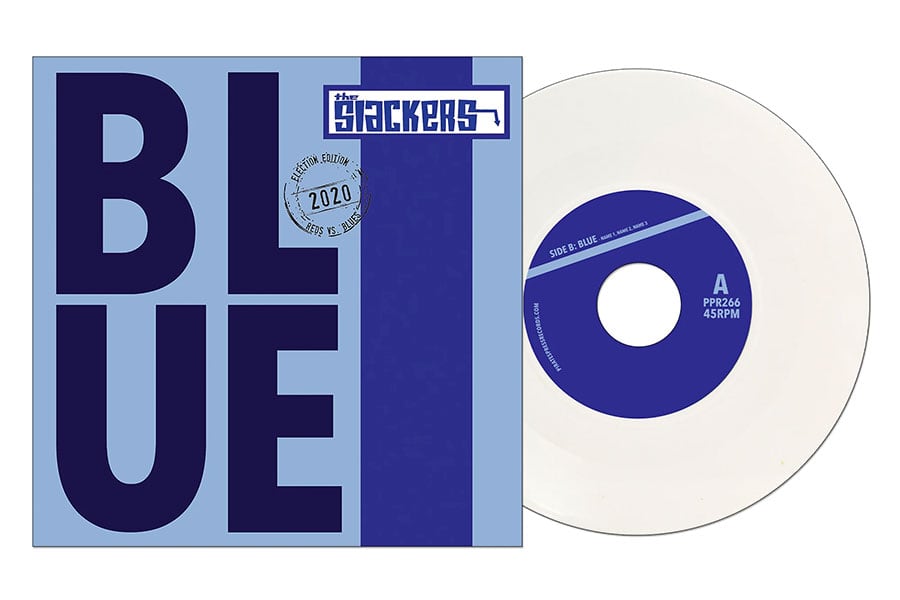 The Slackers have been busy of sorts during this hectic-ness with live streams, private parties, some new singles or pissing off conservatives on social media. They are releasing a new single vinyl on Pirates Press Records, which you can order right now! It’s called “Blue” and it’s an important political song (oh no!!!), about how we desperately need change right now in the United States.

The verse “Blue is the color of my vote” starts the song off so that’s all you need to know where this vinyl single is going. The vinyl can be ordered now and the digital release will be next week. The vinyl’s b-side is a dub version of “Blue.” The 7″ vinyl will be released on royal blue, baby blue, black and white.

TRACK LISTING:
Side A:
1. Blue

To celebrate the release, the Slackers are hosting Slacktoberfest, a livestream concert featuring The Slackers and their friends from all over the world, including Buster Shuffle, Salon Victoria, Dr Ring Ding, Rude Bones, The Resignators, Tbone, Bite Me Bambi and Chuck Wren of Jump Up Records. It’s all happening on Oct. 3rd, 2020, starting at 3 PM EDT / 12 PM PDT! Tickets are available now!