After months of non-stop touring which included headlining shows in Japan, a stint opening in arenas across North America for Rise Against, and a summer spent on Vans Warped Tour, Title Fight announced their sophomore full-length, Floral Green, would be released on September 18, 2012 on SideOneDummy.


“The experiences we had on the road played a big role in the shaping of Floral Green,” explains bassist/vocalist Ned Russin. “We had done our biggest stuff to date, and at the same time were playing to completely new people who really were not there to see us… and then we’d turn around and do a small headlining show, and it would be a great show. The differences we experienced in those settings had a big impact on us, which was shown in our writing we were doing at the same time.”

Produced and engineered by Will Yip (Circa Survive, Blacklisted), Floral Green demonstrates a marked maturation in Title Fight’s signature sound. Though it calls to mind such hallmark labels as 4AD and SST with the textured, emotional playing, it is also clear that the band’s hardcore and punk influences continue to be central, and integral, to their music. Explains Russin, “Whenever we write new material, we try and push ourselves to write something new, unique, and interesting.” Doubtless as well is Yip’s influence on the quartet. “His passion and knowledge were unmatched, and he is one of our best friends who we work great with… Will was in every single process of the record and he really helped out in every aspect,” Russin describes of their recording Floral Green.

The band premiered the video for “Head In The Ceiling Fan”, the first song off the new record, on their website at the very end of July, and already it has been viewed over 83,000 times. Filmed in Hi8 by the band and Evan Evans, the song evokes a feeling of hazy nostalgia and provoked an unprecedented outpouring of support from their stalwart fanbase. “I was very surprised. It was a definitely a very different song for us, and honestly I was expecting people to be upset by it, but people were very excited and supportive,” says Russin of the song. “It was important to release it ourselves because we want people to know that this is our record. It is great to have sites support you, but at the end of the day, the thing that is the most important is the music, and to make sure people were paying attention to that first and foremost, we put up a video.”

“Head In The Ceiling Fan” also helped to catapult them to the next level, catching the attention of world-renowned media outlet NPR, who today premiered the second song off of Floral Green titled “Sympathy” and featured it on All Songs Considered. “Sonic Youth knows its pop music better than most avant-rockers, but to hear it in a pop-punk context shows, at the very least, that Title Fight is keeping its ears open”, NPR states in their feature that can be seen here.

Title Fight also announced a full North American fall tour yesterday with support from Pianos Become the Teeth and Single Mothers (tour dates below). SideOneDummy Records has launched a pre-order for Floral Green. Fans can purchase a variety of bundles that include a felt pennant and a custom disposable camera with the first shot of each roll being taken by the band at http://store.sideonedummy.com/bands/title-fight.html.

Check out www.title-fight.net for more info. 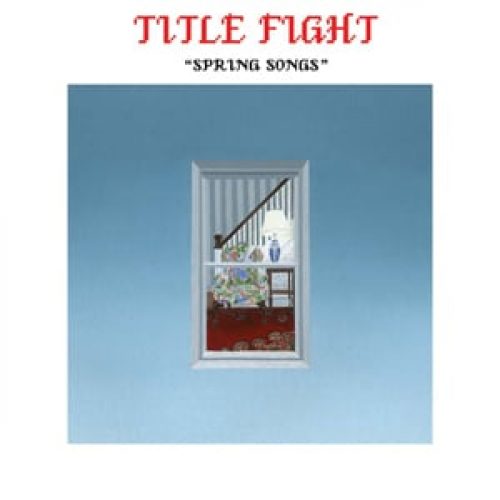