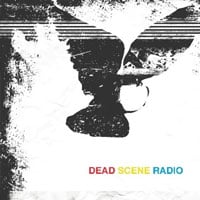 Although the press release describes this in singer/songwriter terms and compares them to Ted Leo, I found the stripped-down, twangy pop-rock with a slightly bitter undercurrent more similar to early Elvis Costello (which is a good thing).

These five tracks don’t seem designed to impress, but to just play rock n’ roll in a competent if tepid way. The production quality is raw but that actually works in their favor, giving this otherwise decent-but-dated rock sound some crunch.

Dead Scene Radio (terrible name) isn’t going to knock your socks off, but if they were playing at a bar, I wouldn’t throw my empty at them.