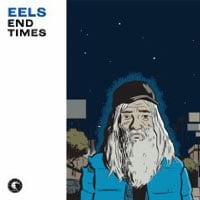 Rejoice Eels fans! Following their longest ever break between 2005’s “Blinking Lights…” double album and 2009’s excellent “Hombre Lobo” comes the shortest gap between releases. Eels brand new album “End Times” comes a mere 6 months after the aforementioned “Hombre Lobo”. If it made you sad to here E and co. so happy on Hombre Lobo (a HAPPY Eels?…whatevers next?) then you’ll be over the moon to hear that Mark Oliver Everett(E) and co. are pretty much back to their bleak best on End Times.

This is a break-up album somewhat in the vain of Ryan Adams’ “Heartbreaker”, the album beginning with the aptly titled “The Beginning” which finds our hero E, reflecting on the early,glory days in a relationship that has since gone awry. Great song, and great song to open the album with. The next song “Gone Man” has a happy go lucky riff to it and feels a lot happier than the opener, of course the lyrics tell a different story. There’s some nice harmonies on “Mansions of Los Feliz”, which has something of a campfire singalong quality to it.

For the most part the album is a not exactly uplifting experience, which longtime fans of the band (which is essentially E and a revolving line-up of hired hands) will love.

The only criticism’s i have of the album are the “song” “Apple Trees”- a 40 second spoken word piece that seems out of place, and the other “song” “High And Lonesome” which is just the sounds of a thunder storm…though this piece does fit perfectly with the dark, dreary mood of the album and is a perfect piece to lead up to another of the albums highlights – “I Need a Mother”. My other criticism is the fuzzy louder songs which seem out of place with the rest of the album and throw off the depressing vibe somewhat.

The albums closing song “On My Feet” offers a glimmer of hope and some light at the end of the dark tunnel, much like “PS: You Rock My Word” did as the closer on 1998s “Electro-Shock Blues” and is a wonderful tune to boot.

Bottom Line: All in all, this is another classic album from Eels. Here’s hoping they decide to tour with this album! In the meantime, do yourself a favor and cheer up your valentine with some depressing songs from Eels!
Notable Tracks: “In My Younger Days”, “Mansions of Los Feliz”, “I Need a Mother” and the single “Unhinged” with the creepy video-check it out on youtube)
Overall Rating:

Joel McHale’s The Soup is ending on December 18th 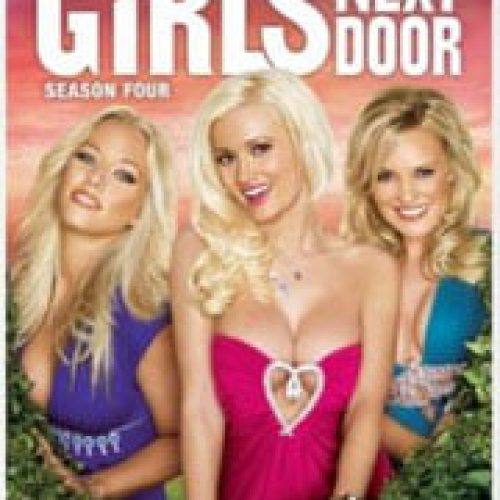 The Girls Next Door: Season 4