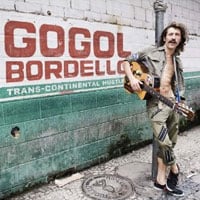 Gogol Bordello is one of the best live bands in the world right now. The energy and positive vibes they bring at their shows definitely reflects on their albums. Their 5th studio album “Trans-Continental Hustle” and their major label debut is just another example of their brilliance.

The band’s newest album is somewhat polished from their previous albums, and that might be because producer Rick Rubin worked on the album. Whether or not that is a good thing remains to be seen. I don’t know if I like the production of this album. It almost seems like the focus is more on frontman Eugene’s singing more than anything and the band has taken a back seat. The last 2 albums had a rumble in your stomach kind of feeling when listening to it. When I put on “Ultimate,” or “Sally,” I get a rumble in my tummy. This time, no songs do that. The production is polished, but almost stripped down in a way. Not sure if that makes sense. Maybe I’m just over-thinking, but that’s my initial reaction to the production of the album.

With that said, I really like the majority of the songs! You can definitely tell Eugene has moved to Brazil, since this album is filled with Latin flavor. Don’t get me wrong, the usual sounds of Gogol are still here but what’s most prominent is the Latin aspect of the band’s sound. The opening track and their first single “Pala Tute” is a memorable party song. You might remember Eugene and Sergey performing this song with Madonna at the Live Earth concert a few years ago. I was hoping they would include that song on this album. “My Companjera” rivals “Wonderlust King,” but is a little less powerful. One thing I noticed when listening to this album is the super speedy violin playing of Sergey. Besides Eugene singing, that’s another thing that stands out. He’s always been an amazing fiddle player but this album reassures that.

The track “We Comin’ Rougher (Immigraniada)” is one of their punkier tracks, especially in the chorus part of the song. You got Latin flavored gypsy music, punk rock, and you also have your fair share of slow songs as well. The slower tracks are “Sun Is on My Side” and “When Universes Collide,” but I don’t necessarily have a problem with them. I just have to be in right frame of mind to listen to them. You go from high powered Latin gypsy punk to the slower stuff, it kind of throws you off sometimes. Besides “Pala Tute” and “Break The Spell,” I think the tracks “Rebellious Love” and “To Rise Above” are my other favorites. They are setup the same (in a way), with similar chorus styles. They are just songs that would be great for dancing. Although, what Gogol Bordello song wouldn’t be great for dancing!?

I’ve been anticipating this album since Super Taranta came out and I think I’m satisfied. Not entirely happy with the production or the lack of power in the tracks. When I hear the songs live, that will be a different story though. But I think it’s just a nitpicking music snob complaint from me. If you liked the Latin side of Gogol’s music, you’ll really love this album! 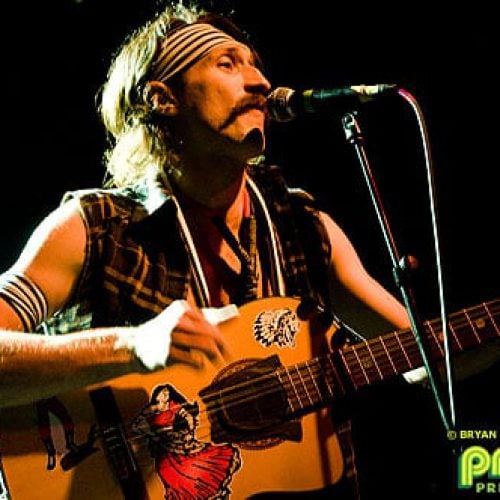