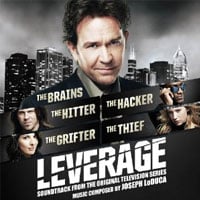 Leverage is the hit TNT show starring Timothy Hutton, Gina Bellman, Christian Kane, Beth Riesgraf and others. The show is about a team of con-artists, thieves, computer experts as they right the wrongs in big business and government. I always thought the concept of the show was cool, but I never got around to watching it.

The score was composed by Joseph LoDuca, who’s no stranger to TV scores. He composed TV series like Hercules, Xena, Jack of All Trades, and now Starz’ Spartacus. As soon as I started to listen to this score, I immediately thought of David Holmes and the Ocean Trilogy (Ocean’s 11, 12, 13). This is a hip, jazzy, big band, stylish score from LoDuca. Out of nowhere comes a song called “Can’t Go Home Again.” It’s a Irish punk song that the creators asked Joseph LoDuca to write and he did just that. The song seriously feels misplaced on the soundtrack but I think it’s a song a lot of people wanted to have included on the album. It’s definitely a cool track, considering I love Irish punk music. I also happen to love this score because it’s so very similar to the Holmes scores or something Quincy Jones would compose. If you’re a fan of those type of scores, check this one out!

Bottom Line: A score that is a mix of The Ocean movies meets James Bond
Notable Tracks: What I Do, Viva Vegas, Can’t Go Home Again,
Overall Rating: 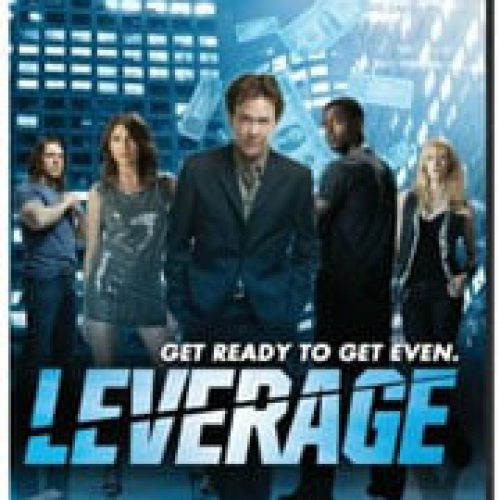