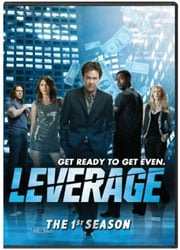 It’s been a while since I’ve enjoyed a television show involving a team of would be bad guys turned good. In fact, you’d probably have to go all the way back to the A-Team to find such a good mix of action, humor and trickery. But that is exactly what Leverage is, and it has quickly become one of my favorite shows to watch.

The series’ first episode gets us introduced to the team pretty quickly. Nathan Ford (Timothy Hutton), ex insurance fraud investigator, is brought in by Victor Dubenich (played by Saul Rubinek in a fun cameo) to lead a team of thieves in stealing files from a rival company under the guise of getting back at the former employer that let Nate’s son die. We are quickly introduced to Alec Hardison (the hacker, played by Aldis Hodge), Eliot Spencer (the hitter, played by Christian Kane), Parker (the thief, played by Beth Riesgraf), and Sophie Devereaux (the grifter, played by Gina Bellman), all criminals that Nate had once pursued while he worked for the insurance company. They pull off an incredible heist, only to find out that they are the ones being conned by Dubenich.

Without revealing too much, they come together, as a team, to give Dubenich what is coming to him, and in the process, realize that they make a pretty good team. They decide to work together to help people in need, who the law has forgotten about and who can’t help themselves. Throughout the season, they run the gamut of clever cons and subtle manipulation, all the while, getting a rush on the feeling of being outside the law.

As with every show, it has its share of character development and side drama (ex-wives, alcoholism, past lovers, etc.) but it never loses sight of the main purpose of the show; taking from the “rich” and giving to the “poor”, and doing it in style. The special effects left a little bit to be desired, but I am sure that is just because it is the first season, and the budget was probably limited. It didn’t seem to take away from the feel of the show too much.

All in all, Leverage is definitely worthy of a show to own on DVD. The extras consisted mainly of commentary (which never really impresses me on any DVD) and a few deleted scenes per disc, which were obviously left out to slow down a lot of the back story development. They were nice little additions to the story after seeing the episode, but I am glad they left it out. There was also a behind the scenes look into the show, which had a great bit with the full cast finding out they were picked up for another season that was really fun to watch.

I eagerly await the start of Season 2 (in about 24 hours) and can’t wait to pick that season up on DVD as well. I am happy to add another show to my rotation, and I am glad that it is on during the summer when I will have time, and enough DVR room to watch it. 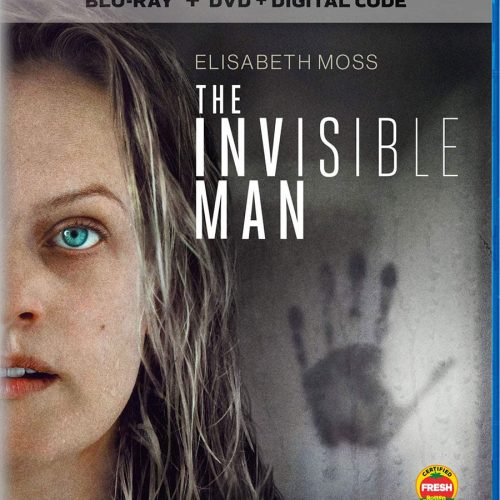