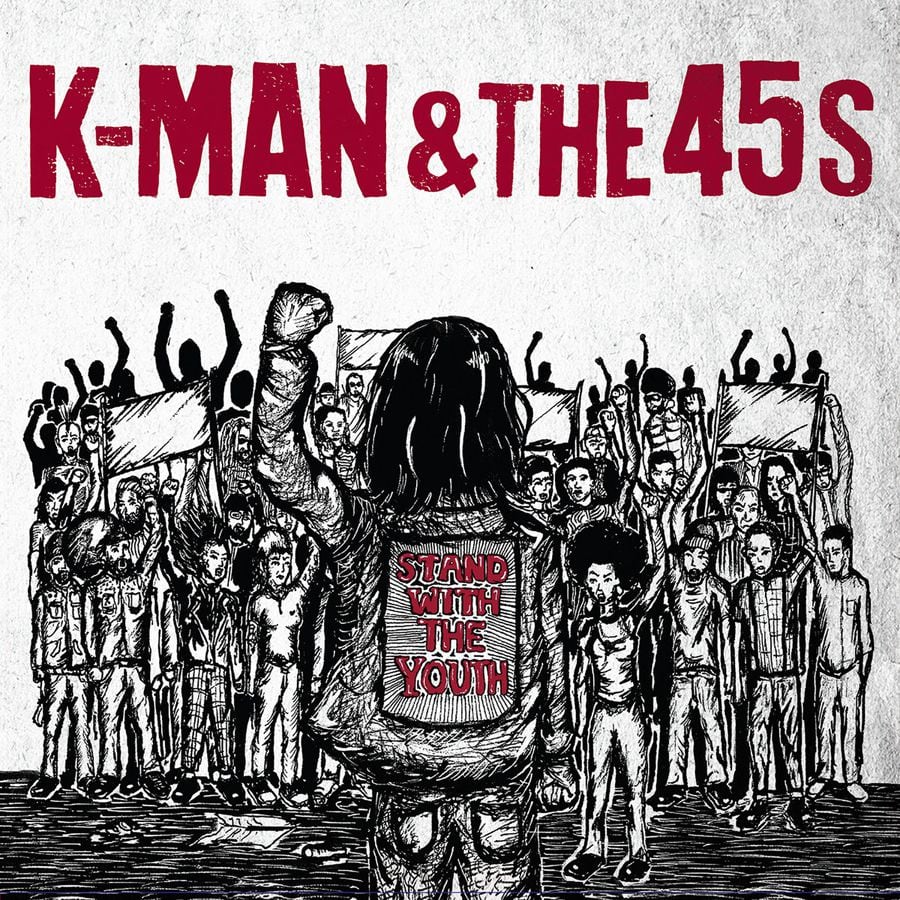 K-Man & The 45s are back with their rockskabilly sound once again for another 12 tracks of upbeat social and political commentary.

“Stand With The Youth” is an album that sees the old guard standing side by side with the youth instead of those out of touch with what’s really going on in our world today. In honor of the ska and reggae pioneers before them, K-Man & The 45s want to tackle the tough subjects of today but with a hopeful yet danceable means of doing so.

Songs like “Don’t Touch It”, “Paranoid Panic” and “Free To Go” touch topics like drug addiction and anxiety but to a two-tone and punk backbeat. In fact, outside of a ska cover of Chuck Berry’s “Never Can Tell”, K-Man & The 45s stick mostly to a traditional two-tone and ska punk sound…and do a damn good job of it I might add.

K-Man & The 45s also pay tribute to some of their more modern contemporaries with some elements of the Toasters and the Planet Smashers songs pop up in “Hero With A Death Ray” and “Whacha Doing To Me”.

While “Stand With The Youth” doesn’t have quite as much of the rock and roll elements as their last release it is by no means a weaker album. This outing reinforces the bands ability to write catchy and poignant songs backed by some really great ska tunes. “Stand With The Youth” is definitely one of the best ska records that I have heard since K-Man & The 45s previous release.

Bottom Line: A great socially and politically aware ska album that doesn’t get preachy and is all kinds of ska goodness.
Notable Tracks: Stand With The Youth, Hero With A Death Ray, Don’t Touch It, Cooking Out The Pans, Never Can Tell
Overall Rating: