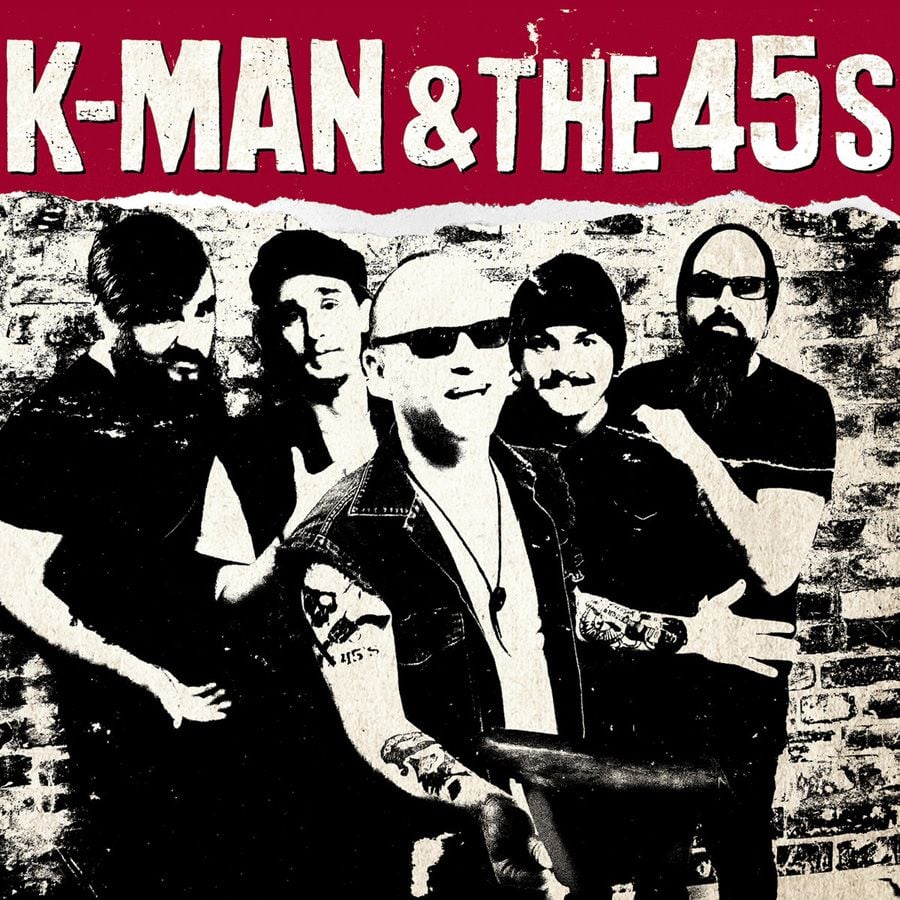 K-Man & The 45s plays what can only be described as rockskabilly music. Their sound is a seamless blend of two-tone and third wave ska combined with some good old fashioned rock and roll and rockabilly. Their self-titled release marks the third full-length release for the Montreal-based band.

While I’m a big fan of both ska and rockabilly music new and old, upon first listen and this being the first time that I’ve listened to K-Man & the 45s, I didn’t like this album. The mixture of ska and rock and roll/rockabilly was so weird and unique that I was turned off by it for some reason. As I paged through my review list, I kept thinking about this album and decided to give it another go. I’m glad that I did. I suppose that my feeble brain wasn’t capable of handling K-Man’s unique sound at the time. Upon further review, this is an awesome album!

Sprinkled throughout the 30+ minutes that make up this album are not only ska influences from bands such as the Planet Smashers and Mustard Plug, there are also some throwbacks to the Stray Cats and the Cramps. While a lot of the songs blend ska and rockabilly together, there are plenty of really good straightforward ska tracks such as the first single released from the album “I Don’t Mind” as well as “Johnny Thumbs” and “Far Away Eyes Come Home”. My personal favorite track though would have to be “This Moment” which bounces back and forth between jangly guitars with rock snarls and upstrokes and flashy ska brass. It’s such a fun song that truly sounds like nothing else out there.

I’m glad that I decided to give another chance to K-Man & the 45s. They are definitely one hell of a unique-sounding band but a very talented on at that. Not only can they play classic rockabilly and ska, but they mix those sounds together into something that I’ve never imagined that I would hear…and I’m happy that I did.

Bottom Line: Ska and rock has been done before but when you throw rockabilly into that sonic blender you get a sound that is unique and that doesn’t sound forced and clichéd. K-Man & the 45s can keep on playing this rockskabilly for as long as they can…I’ll be anxiously waiting for what they can do next.
Notable Tracks: I Don’t Mind, Johnny Thumbs, Rudy Don’t Smoke, This Moment, Party In JA
Overall Rating: