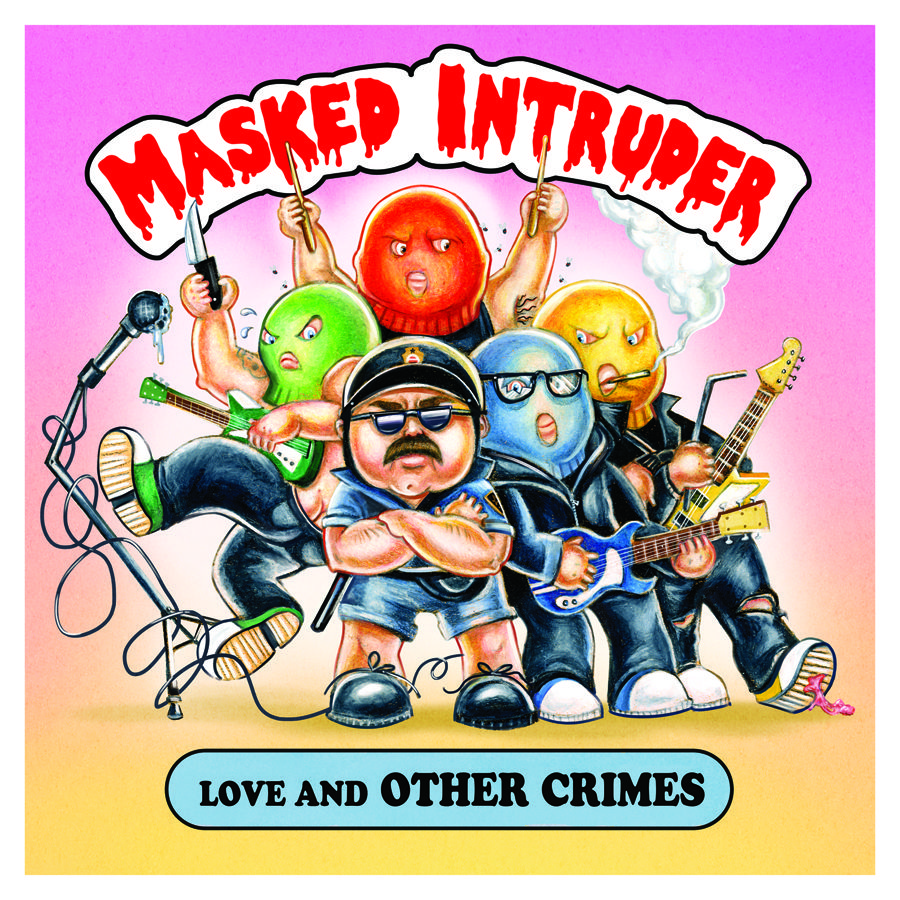 Sticking to the shadows and intruding upon anyone’s senses that they damn well please, Masked Intruder takes their brand of pop punk, which is similar in vein to bands like Teenage Bottlerocket and No Use For A Name and they play it hard and they play it well.

Hailing from Madison, WI, the name says it all…the band members all wear ski masks which keeps their secret identities safe from punk rock naysayers and critics worldwide. Their sound is definitely influenced by 90s Fat Wreck Chords bands with a touch of good old fashioned rock and roll mixed in.

While “Love And Other Crimes” is only a six song EP and clocks in at around 11 minutes long, it’s not only a great introductory teaser for those unfamiliar with the band, but it also holds up strongly on its own. There are fun pop punk songs, great guitar riffs and some straight up rock and roll to hold you over until their next full-length album.

Bottom Line: Short and sweet at 6 songs and roughly 11 minutes, but every minute is worth it. Once Masked Intruder get out of prison they might just make a name for themselves yet.
Notable Tracks: Take What I Want, Still Always On My Mind, Running From The Cops
Overall Rating: