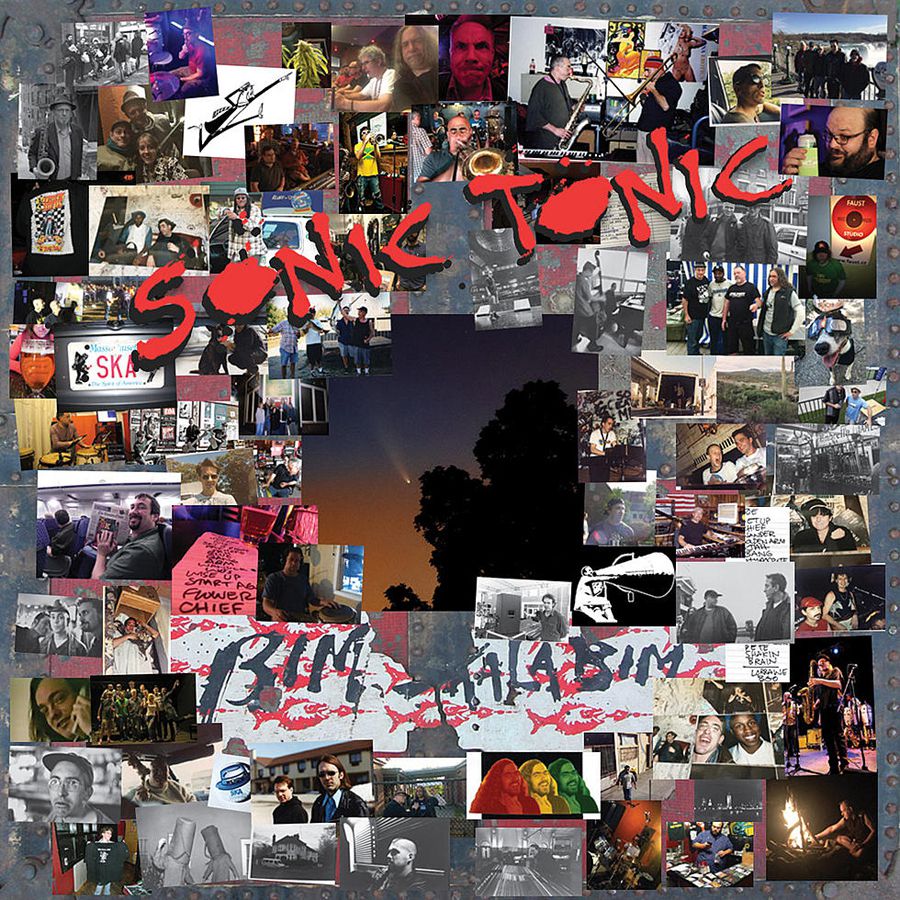 Back again with their first release since 2013, Bim Skala Bim brings their mix of ska, calypso and reggae to the masses once again.

With their last release “Chet’s Last Call” the band sounded tight, fresh and reinvigorated…with “Sonic Tonic” you could swear that they traveled back to the late 80s/early 90s and recorded some hidden gems that never made it onto those albums. “Sonic Tonic” is a time capsule of the band in their prime when they were bringing the two tone Caribbean flavor to the indie scene in the midst of a punk revival and the third wave of ska taking prominence. Tracks like “Go Back” and “Cuz of You” could have appeared on “How’s It Going” while faster songs such as “Lightning” could have appeared on the bands’ most third wave sounding album “Universal”. They’ve also included their version of Bob Marley’s “Easy Skankin’ “ for a proper studio album release.

Bim Skala Bim once again continues to impress and entertain with their unique ska sound. Hearing “Sonic Tonic” is an escape from the cruel reality that we current reside in and takes me back to much more carefree times. It’s both classic and refreshing at the same time.

The band decided to “donate” the release the album to The Specialized Project, an organization that donates proceeds to teen cancer and mental health charities.

Bottom Line: A great album that has a familiar sound but in all of the right ways. Bim Skala Bim’s sound has always been unique and I’m glad that they’re still making music.
Notable Tracks: Go Back, Easy Skankin’, Lightning, Too Sentimental
Overall Rating: