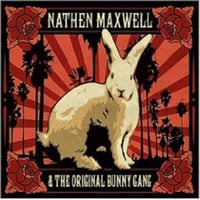 Nathen Maxwell has been playing bass for the popular Celtic punk band Flogging Molly for over 13 years. Nathen sings here and there for Flogging Molly but it was only a matter of time before he was going to do something on his own. Well that’s not entirely true; he’s not alone on this album. “The Original Bunny Gang” backs him up on this album. Some of the members include his Father on the drums and Matt Hensley (of Flogging Molly) on the concertina and accordion.

The most obvious influence in Nathen’s music is old styled reggae. On “White Rabbit,” Nathen shows his love for reggae, rocksteady, folk rock, and rock. The songs seem simple in their approach, and that could have been done on purpose. I like the mixture of reggae and Latin style music. I think having Matt on board playing the accordion and concertina helps with that style. The vocals from Nathen are okay, I don’t particularly like some of the lyrics or repetition on some of the verses. It starts to sound like someone just singing along to themselves in the car. Musically, I like it but feels like something else could have been done to make it a lot better. I don’t really like the way the vocals were done in production. Sometimes the lo-fi style works, sometimes it doesn’t. I think Nathen would be better off playing more upbeat songs than slow, dubbed out reggae songs. but I guess he wanted to do something really different on his own.

I didn’t like some songs and felt they got too repetitive after awhile, but overall I felt Nate did a good job with his first solo album. If you enjoy his songs with Flogging Molly, you’ll probably like this album as well.

Bottom Line: Decent solo album but could have used better lyrics
Notable Tracks: Love Outlaw, By Your Side, Stick to my Guns
Overall Rating: 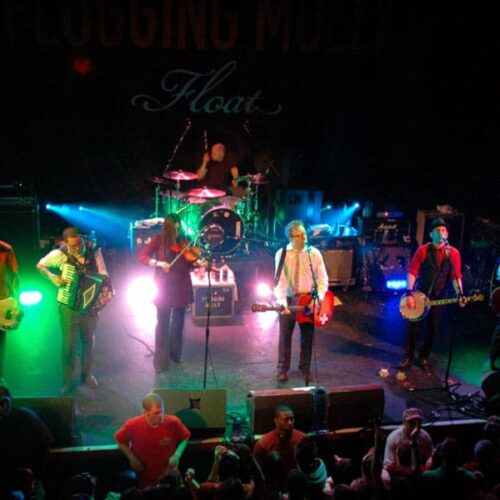