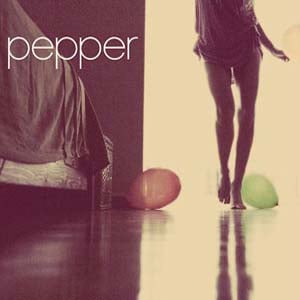 “Pepper” is the band of the same name’s first full length studio release since 2008s “Pink Crustaceans and Good Vibrations”. The band’s sixth release sees them moving more and more away from the punk and reggae sound of their first few albums into a more mainstream dance/adult contemporary sound.

“Pepper” suffers from what I like to call “Weezer Syndrome”…when a band finds a sound that is more accepted by the mainstream and steers towards that audience. I don’t like to call it selling out because there are many a band that has found mainstream success and are still enjoyable to listen to. Pepper hasn’t sold out more than they’ve found a more grown up sound to focus on. They haven’t turned in to Bruno Mars quite yet, in fact there are still a handful of good reggae rock songs on “Pepper”, but there are more than enough unlistenable “Hot Hits Trendy Radio Tunes” than I personally can listen to.

I find songs like “Undone” and, the first single from the album, “Fuck Around (All Night)” bland and monotonous. I do like the more experimental urban hip hop songs that they take chances with like “Push” and “P.O.Y.L”…it reminds me a lot of OPM…and of course I’m going to be biased with the reggae songs that shine like “Deep Country”, “Higher Ground” and “It Was You”.

While I don’t blame a band for reaching out and finding a broader audience…I always felt that Pepper should be heard by more people…but on a personal level, most of the songs on “Pepper” just don’t reach out to me. For fans of modern pop music, this is more on the level of what you’ll be looking for. You may be hearing singles from this album spun by your local DJ sometime soon.

Bottom Line: A much more pop sounding album than expected from the Kona Town crew. The reggae rock is still there, but that sound takes second stage to the pop approach.
Notable Tracks: Higher Ground, It Was You, P.O.Y.L.
Overall Rating: